It was 50 years ago today, on 1 November 1971, that Stockton Bridge was officially opened. To mark the occasion, on the weekend I walked over the bridge and took a time lapse video as I traversed it from west to east.

The idea of a bridge from Newcastle to Stockton had been discussed for a long time prior to its construction. In a newspaper article from 10 May 1921, the writer compares Stockton with Manly in Sydney, pointing out the many similarities, and how with a bit of investment in infrastructure Stockton could become a popular tourist destination.

Stockton is almost cheek by jowl with Newcastle, and could be brought closer. Who knows but that some day, in the not too distant future, Newcastle will have its North Shore bridge, to connect the city with its premier pleasure resort at Stockton.

At that time, access between Stockton and Newcastle was via a vehicular ferry, as shown in the circa 1930s map below.

In April 1931, Stockton municipal council in debating the cost of running the vehicular and passenger ferries, suggested that a bridge might possibly be built across Newcastle Harbour from near Fort Scratchley, with the cost of construction to be recouped by tolls over a 20 to 30 year period.

The feasibility, advisability, type of bridge, projected cost, and the preferred route of a Stockton bridge generated many varied and strong opinions.

Surely it would be obvious, even to a child, that the bridge suggested would be of the lifting or swinging type, thus doing away with the unnecessary height. The assertion that the bridge would cost £200,000 is ridiculous, and I still contend that a suitable bridge could be constructed for the trifling sum of £750.

Serious consideration of a bridge to Stockton revived in the 1950s when the state government began reclamation of the Hunter River delta islands, to be used for industrial purposes. This reclamation opened up the possibility of a bridge that crossed the river north of Stockton via the reclaimed islands, rather than the more problematic alternative of building a bridge across a busy Newcastle Harbour.

A bridge should be built from Walsh Island to North Stockton in conjunction with the Newcastle harbor reclamation scheme, Mr. L. B. Saddington declared in the Legislative Council yesterday. The bridge would span the north arm of the harbor and connect by road with another planned for the south arm near the B.H.P. Consideration had been given over some years to connecting Stockton with Newcastle proper by bridge or tunnel. Owing to the topography this would be most costly … But one from Walsh Island to North Stockton could be done much more speedily and for less cost. 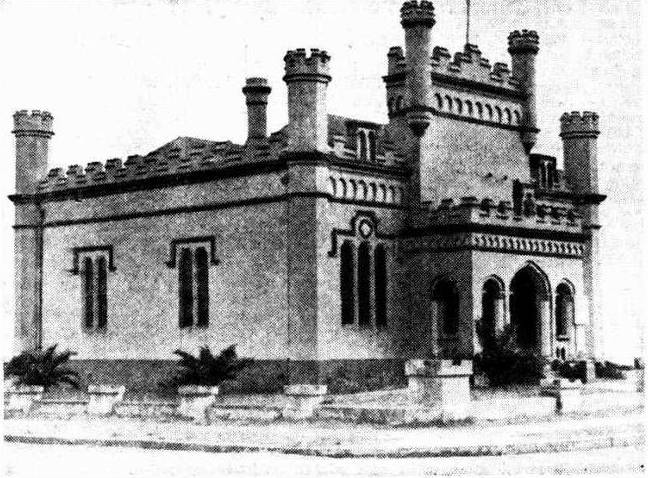 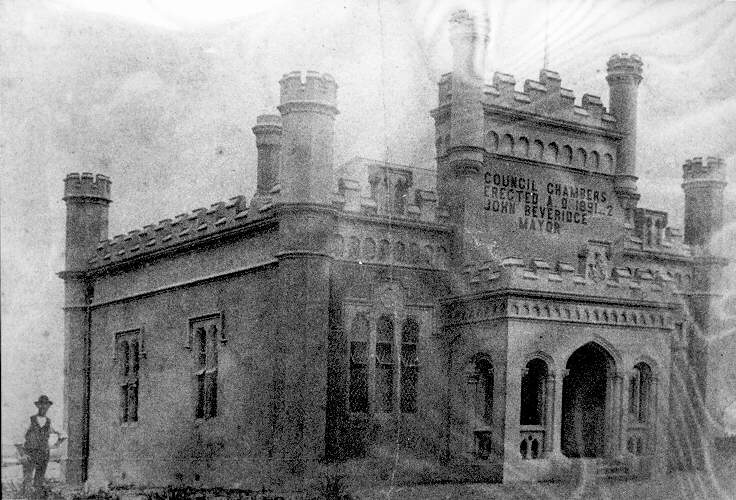 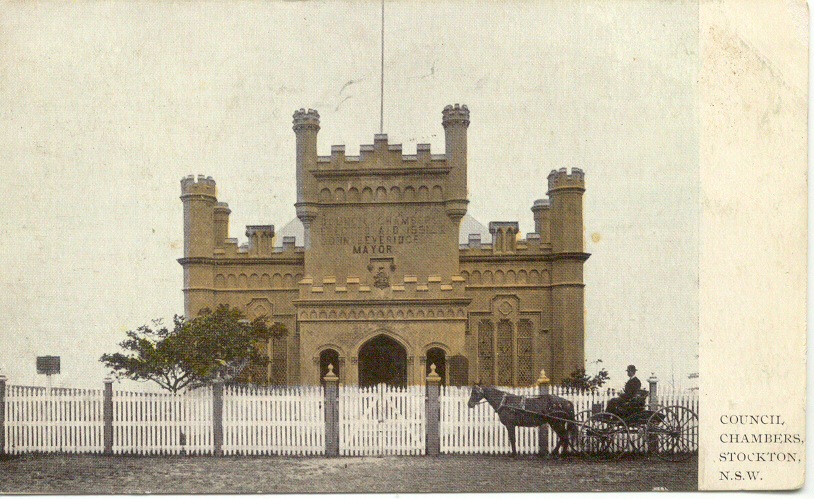 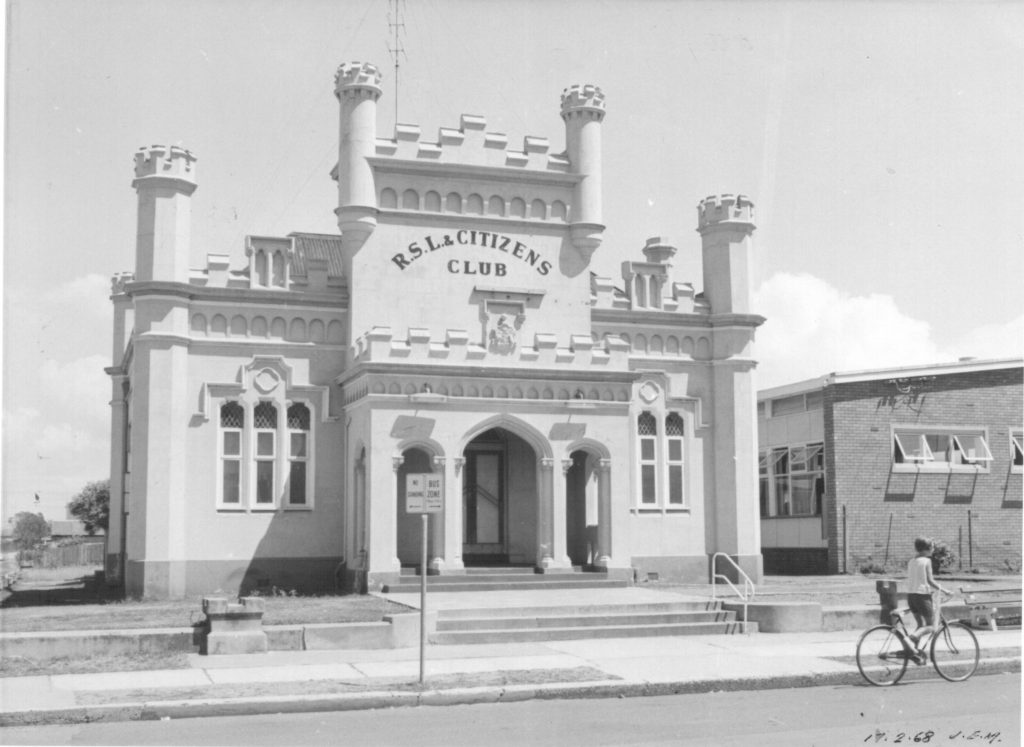 My latest article for the Lambton Local is out, this month on Council mergers, and in particular how 11 city and suburban councils merged together in 1938 to form the City of Greater Newcastle Council.

Researching the article got me thinking about the various town halls and council chambers left behind after the 1938 merger, where were they, what happened to them, are they still around today? I’m currently putting together some web pages to document the various municipal council buildings in the Newcastle area.

One thing that has struck me is the stark differences in style and expense in the buildings erected by the various councils. The extremes are best exemplified by the castellated fortress erected by Stockton Council in 1891 , and the simple weatherboard box that Merewether Council erected just three years later in 1894. What were the differences in budgetary restrictions and/or delusional aspirations of grandeur that led to such disparate buildings?  I don’t know the answer yet, but it will be interesting to find out. 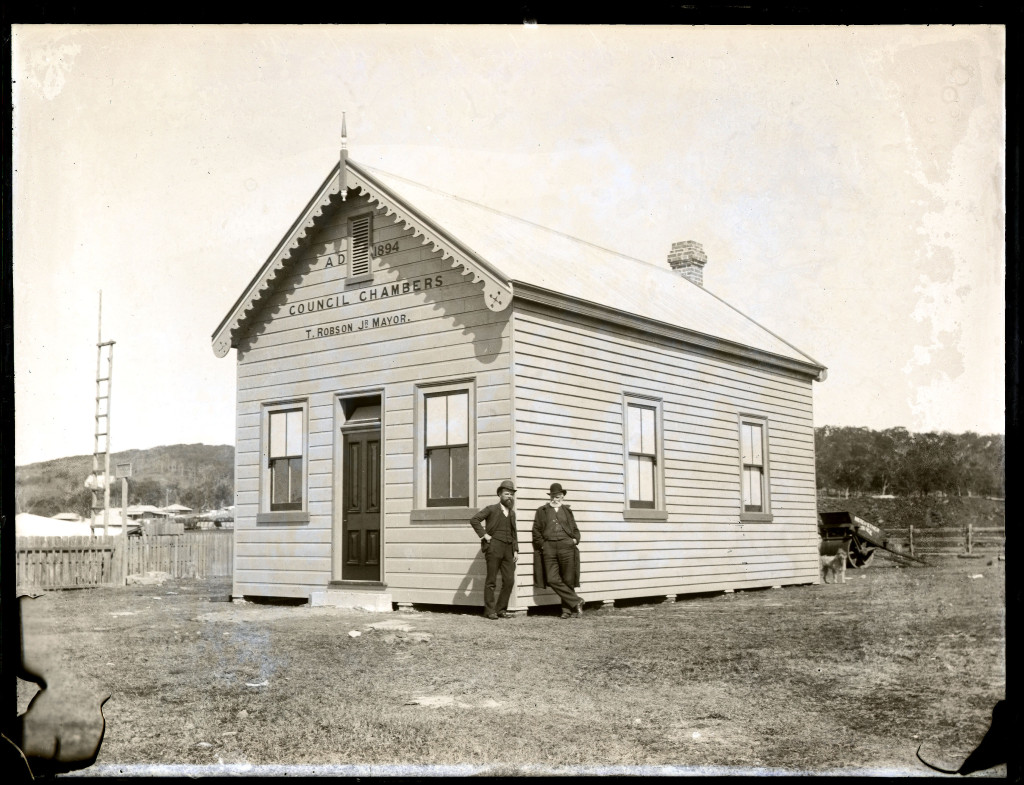