When the old Lambton colliery ceased operation, the pit paddock with its offices and buildings lay idle for a decade. Then 75 years ago, in 1947, a new enterprise began on the site with the opening of Leonora Glass Industries, founded by David Marr and three highly skilled Czechoslovakian glass workers.

Joseph and Henry Vecera and Josef Tvrdik came to Australia from Europe in 1934 to teach glass making at a Sydney factory. They later moved to Newcastle to work in the Electric Lamp Manufacturers Australia factory at Hamilton North. In 1946 the three men and their families became Australian citizens. The following year, along with David Marr (manager) and Alan Little (engineer), they set out to create their own glass making business, renting a portion of the Lambton colliery and setting up furnaces in the former colliery workshop.

In August 1947 they registered their enterprise as “Leonora Glass Industries”, possibly inspired by the town of Lenora in the Czech Republic, just 30km from Josef Tvrdik’s birthplace, where a famous glassworks had operated since 1834. Manufacturing commenced the following month and by December 1948 the works employed 23 people including several young apprentices. At this time they were making 2000 lamp shades a week. In the following years they produced many items such as wine glasses, dishes, ash trays, and car headlight lenses.

While the bulk of Leonora’s output was utilitarian in nature, they also handcrafted fine glassware such as jugs, vases, and decorative ornaments. Museums across Australia hold examples of these works in their collections. In July 1957 glassmaking in Lambton came to an abrupt halt when a fire destroyed the Leonora works. The company quickly recovered, purchasing 14 acres of land on Douglas St Wallsend to set up a new factory. In 1960 the multinational firm Philips Industries took over the glassworks to focus on the manufacture of light fittings. Although business expanded in the 1960s, increasing pressure from low cost overseas competitors in the 1970s led to the eventual closure of the works in 1982

The article above was first published in the October 2022 edition of The Local.

The following personal details of the three Czechoslovakian founders of Leonora Glass were extracted from National Archives of Australia records searches.

A search of the ASIC Registers shows that Leonora Glass Industries Pty Ltd was registered as a company on 11 August 1947.

Origin of the Name Leonora

I have no direct evidence for the naming of “Leonora Glass Industries”, and what follows is just a reasoned guess.

We know from the notification of intention to apply for naturalisation, that Josef Tvrdik was born in “Nova Hut” in Czechoslovakia. This is the village of Nové Hute in the Czech Republic today.

Just 17km away (28km by road) from Nove Hute is the village of Lenora. The tourism website for the Šumava region describes the origin of the town.

The village of Lenora was founded as a settlement around one of the last glass- works established in the Šumava mountains by Jan Meyer in 1834. Later on the glass-works were taken over by Meyer’s nephew Vilém Kralik. The village was named Eleonorenhain after the Princess Eleonora (1812-1873), the wife of the lord of the estates John Adolf of Schwarzenberg. Czech translation of the name is “Eleonora’s Paradise”. Later on the village adopted Czech version of the name, Lenora.

Note that while there is Leonora Parade in Waratah West, it appears to have no connection to the Leonora glassworks. The street was formerly a section of Platt Street, and was renamed to Leonora Parade in 1968.

Today’s post comes from Dan Rees St, Wallsend. From 1910 the tram line was extended out from this point to West Wallsend, but the extension was closed in November 1930. At the time this photo was taken (1940s) this was the tram terminus in Wallsend.

Plattsburg Council was incorporated on 27th December 1876. It merged into Wallsend Council on 20th October 1915. 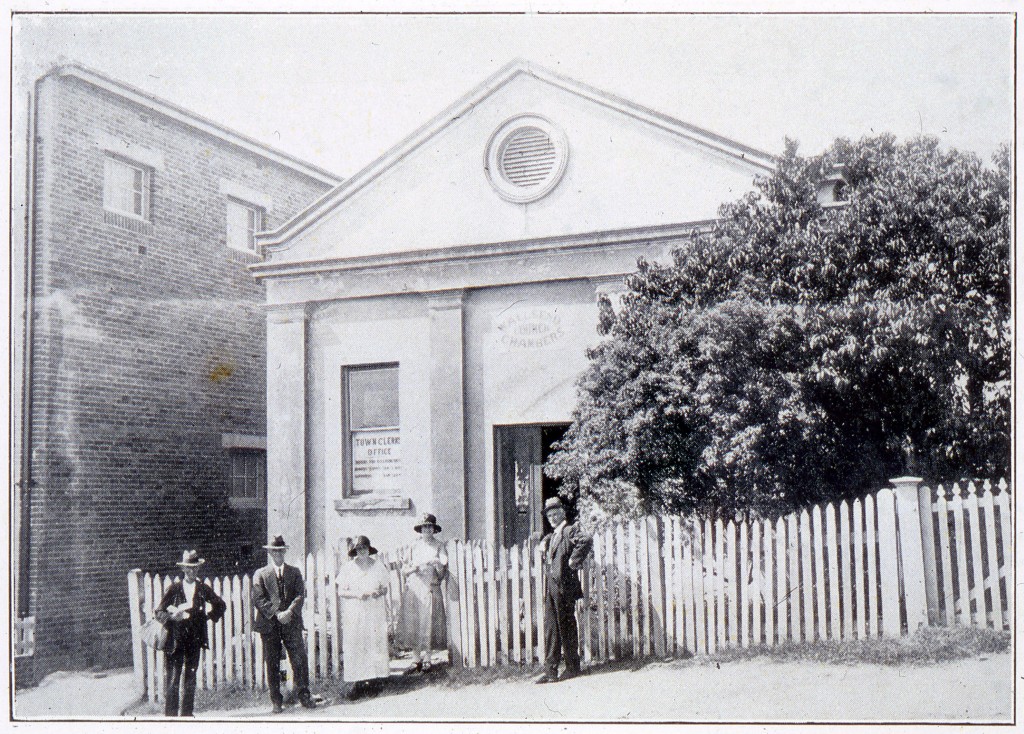 Wallsend Council Chambers, 6 Metcalfe St. (Years of use yet to be determined.) University of Newcastle, Cultural Collections. 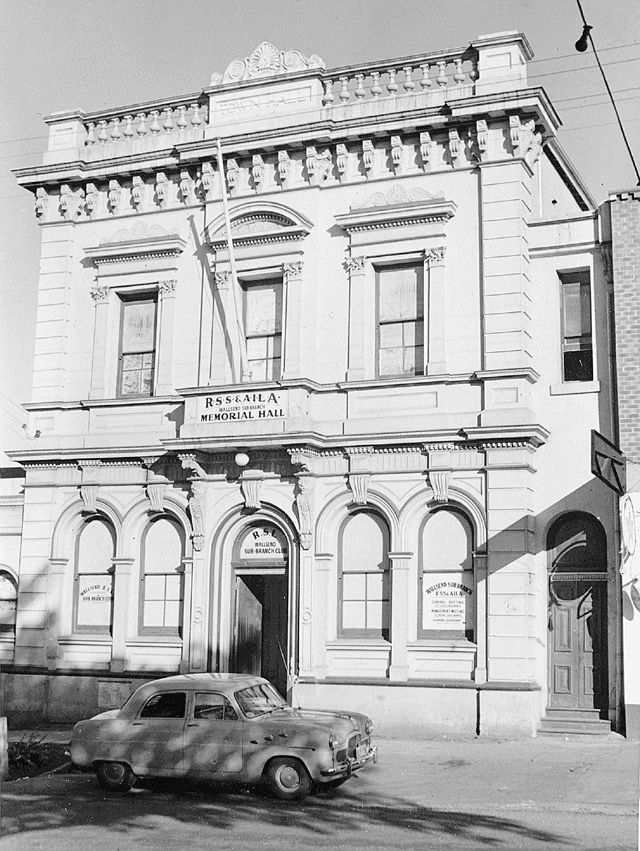 My latest article for the Lambton Local is out, this month on the depression era shanty town “Hollywood”.  This is the reason behind my “Rust and ruins” teaser post a couple of weeks ago. 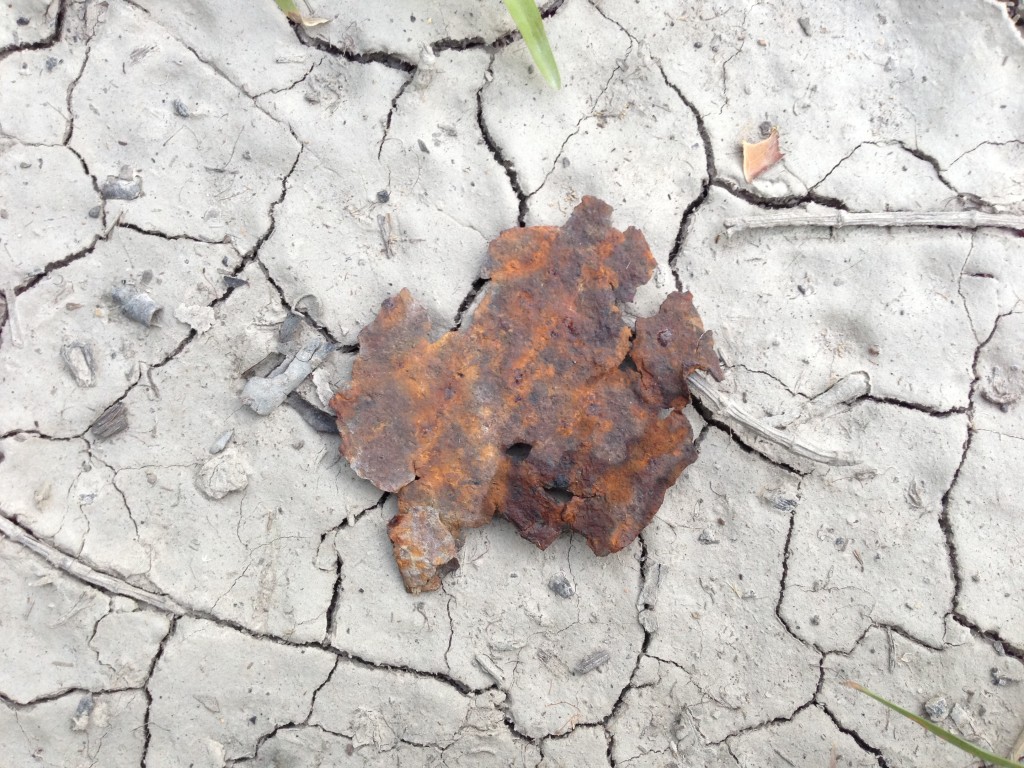