In archaeology a parch mark is where variations in vegetation growth reveal underlying archaeological features. They most often show up where stone or brick ruins underneath the surface means that there is less soil, and in dry seasons the vegetation in these areas will wither before other areas with deeper levels of topsoil, thus revealing the underlying structure in aerial photographs. Parch marks have sometimes appeared in Britain’s Channel 4 program “Time Team“, revealing ancient Roman structures. 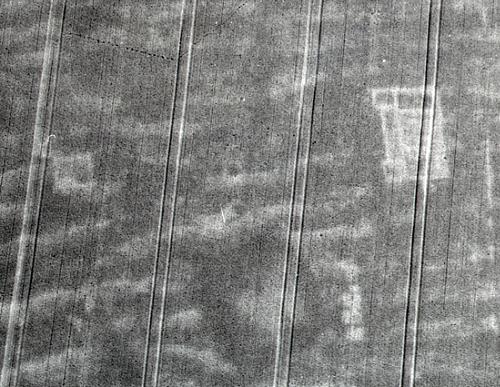 I was excited to discover today photographic evidence of some historical parch marks in my own suburb. The present day Lewis Oval in New Lambton is built over the location of the former Lambton colliery, pretty much in the spot shown in the photograph below. 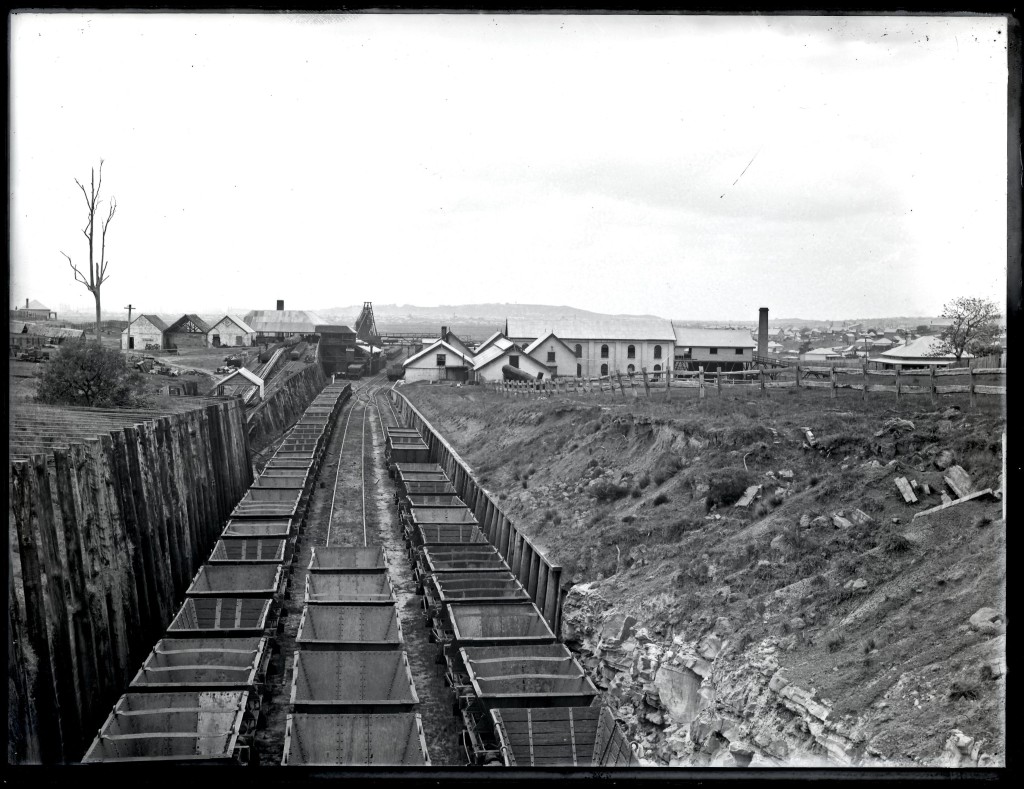 Overlaying an old map onto Google Earth confirms that the rail line and inclined mine tunnel entrance used to be where Lewis Oval is now. 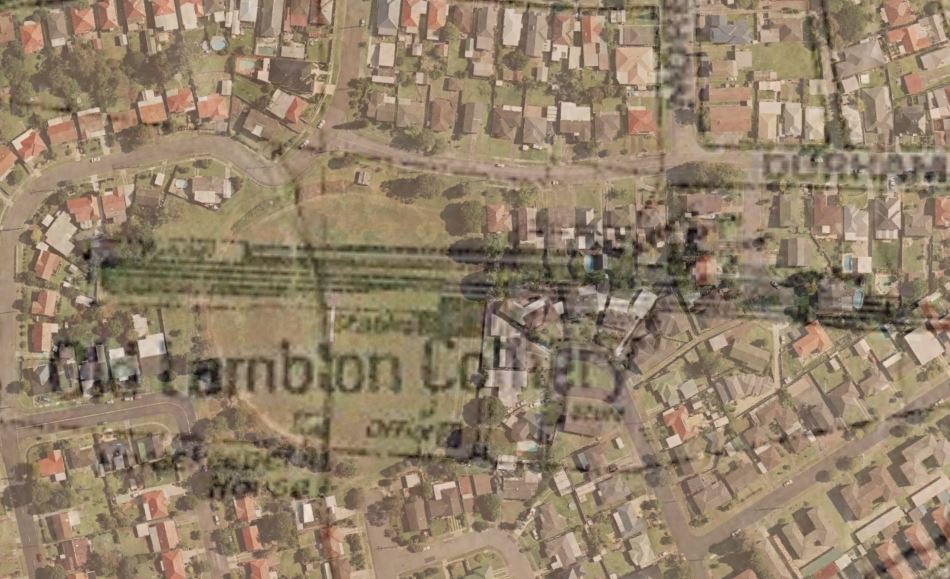 I reasoned that these former excavated regions for the railway and mine tunnel would cause slight subsidences in the surface of Lewis Oval, causing water to pool in these areas more, and that in dry times the vegetation in these areas would remain greener for longer. I opened up the historical images feature of Google Earth and browsed through the available images, and bingo – there was an image from 2006 that clearly showed the location of the mine rail and tunnel. I have enhanced the contrast in the image below to make it stand out a bit more. 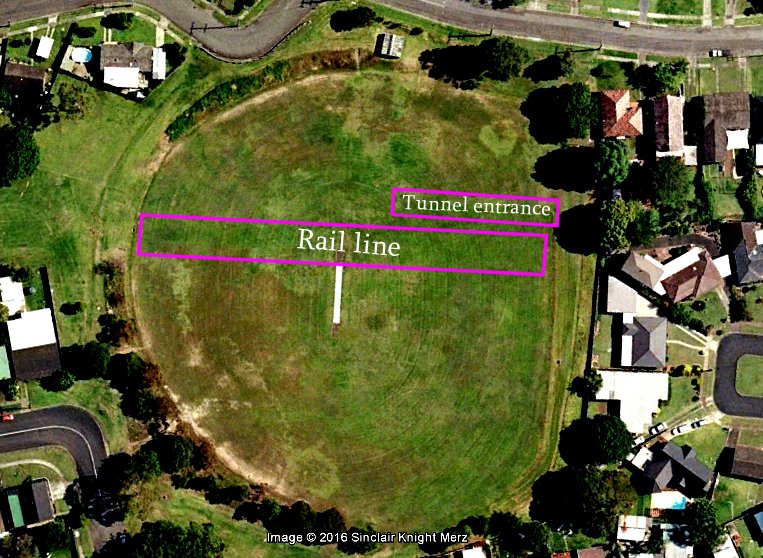