“In the depths of the bush, about half a mile to the south of the rising and flourishing township of Lambton, there was celebrated, on Thursday last, an event of no ordinary interest and importance.”

Thus began a Newcastle Chronicle report on the ‘turning of the first sod’ of the New Lambton colliery on 25 June 1868.

James and Alexander Brown were mining coal from the ‘Old Dog and Rat’ pit in East Lambton when they had a lucky break in 1868. On learning that the owners of Lambton colliery had failed to make payments on a mining lease, the Browns quickly stepped in and bought the mineral rights for 265 acres in the area we now know as New Lambton.

They immediately investigated the potential of their acquisition by commencing a trial shaft in April 1868. In June, at a depth of 100 feet, a good payable seam of coal was found and the Browns committed to developing a colliery at a cost of £10,000.

To inaugurate their new venture the Browns invited their employees and local dignitaries to a ceremony at the site on 25 June 1868. Two barrels of ale which had previously been conveyed to the ground, were at once tapped, speeches made, and the assembled company called upon to drink “Success to the New Lambton Colliery”.

Success came quickly, a new working shaft 16 feet in diameter was sunk, an engine house erected and a railway constructed to convey coal to the port. The colliery attracted miners and their families, and a town began to grow. Just a year later New Lambton was described as “going ahead, and buildings of all descriptions are multiplying fast.”

By 1884 the payable coal was exhausted, and the Brown’s moved on to establish other mines. The pit closed, but the town endured. The Chronicle was correct in asserting that the event celebrated 150 years ago was of no ordinary importance, for it marked the birth of New Lambton. 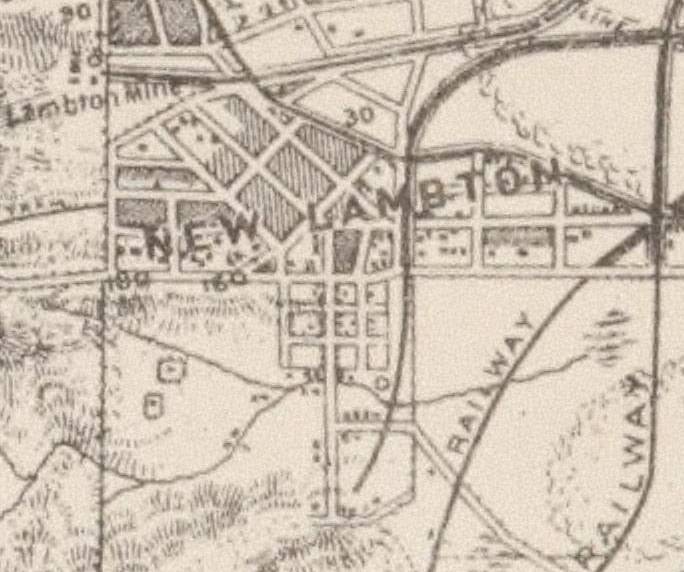 Major T S Parrott’s 1893 map of Newcastle showing the railway and a shaft of the New Lambton colliery. National Library of Australia. 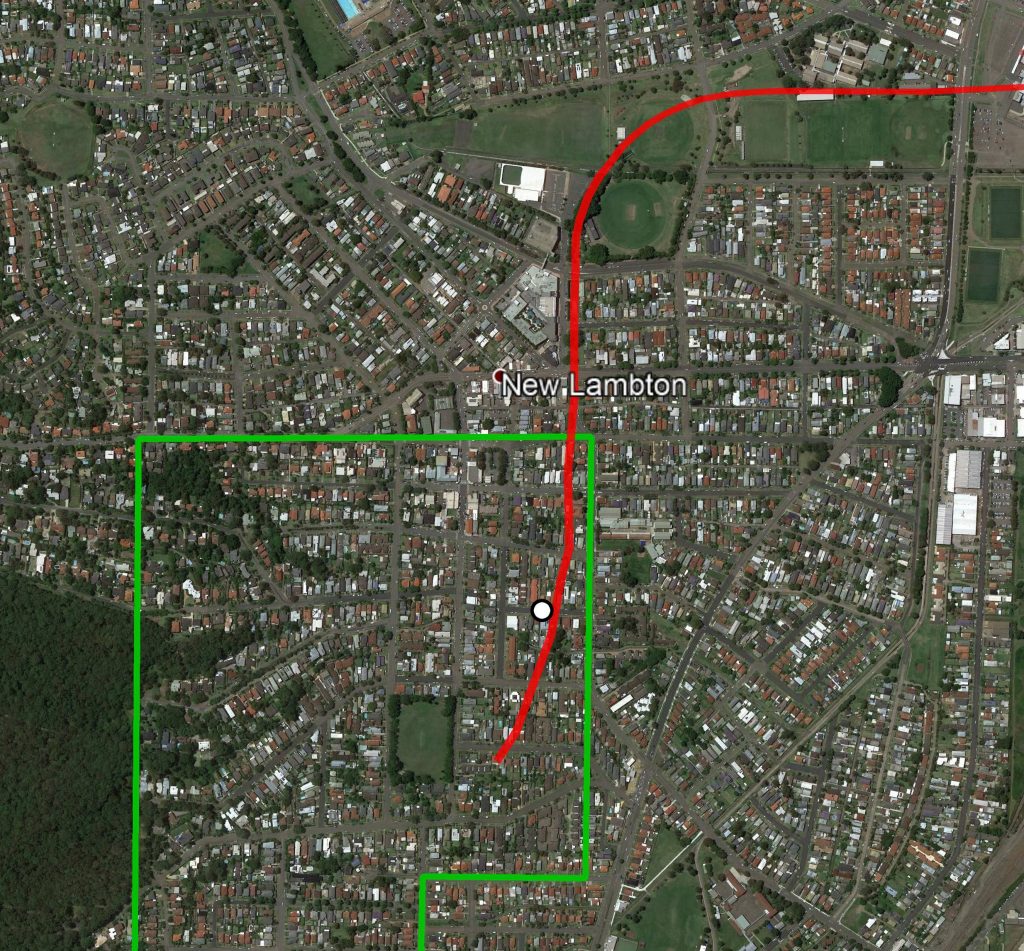 The article above was first published in the June 2018 edition of the Lambton & New Lambton Local.

In working out the history of the New Lambton colliery I have used the following sources:

Trying to work out the history of the New Lambton Colliery, and the mines of J and A Brown in Newcastle is a tricky matter for a variety of reasons.

Bearing in mind these difficulties, here’s my summary of the Brown’s  mining leases and the history of New Lambton colliery. 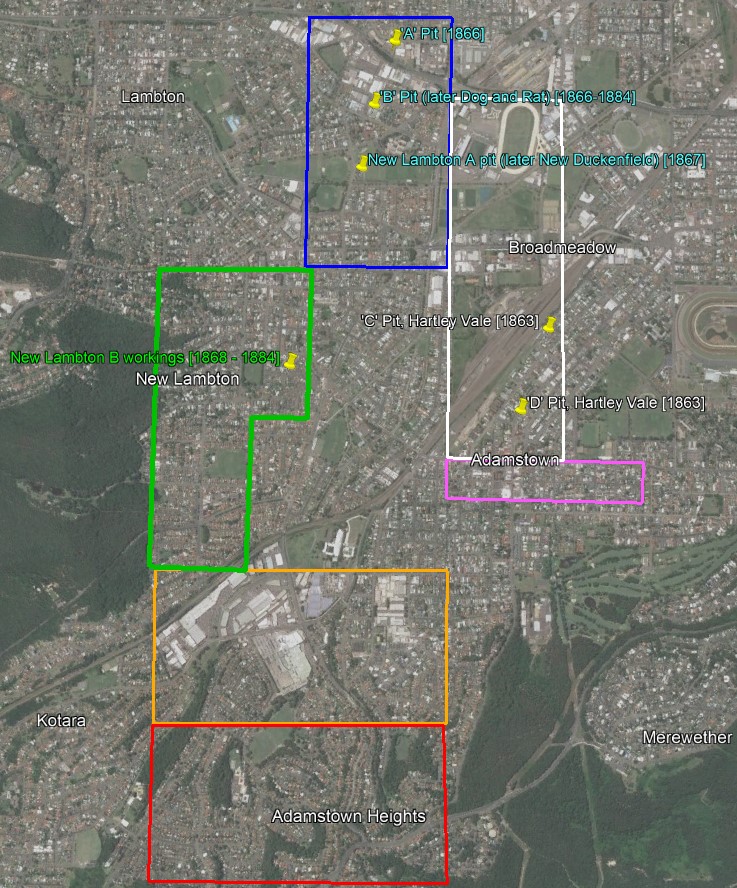 The mining leases of J and A Brown. 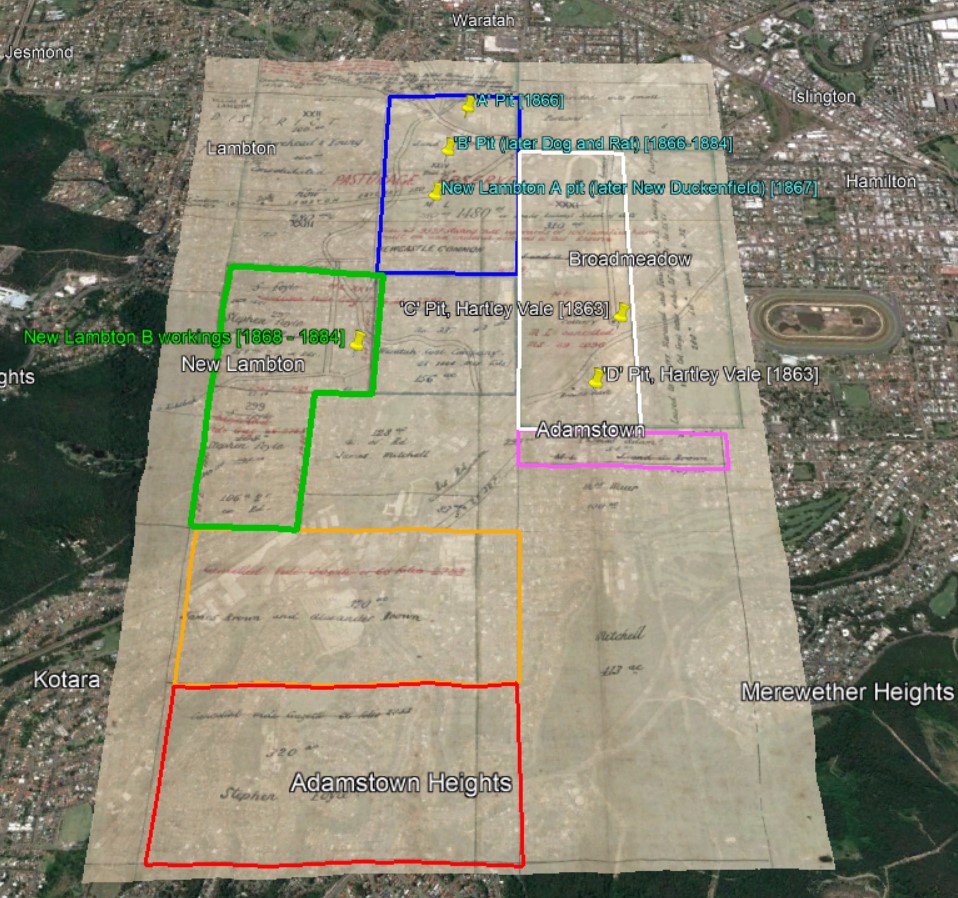 The mining leases of J and A Brown in Newcastle, overlaid onto 1873 map. 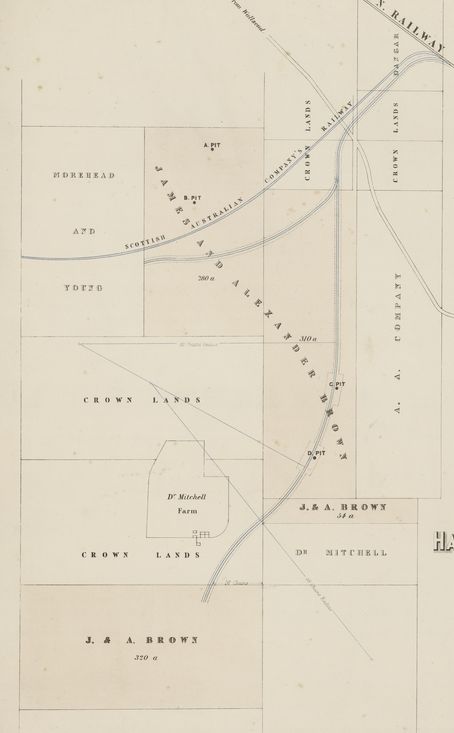 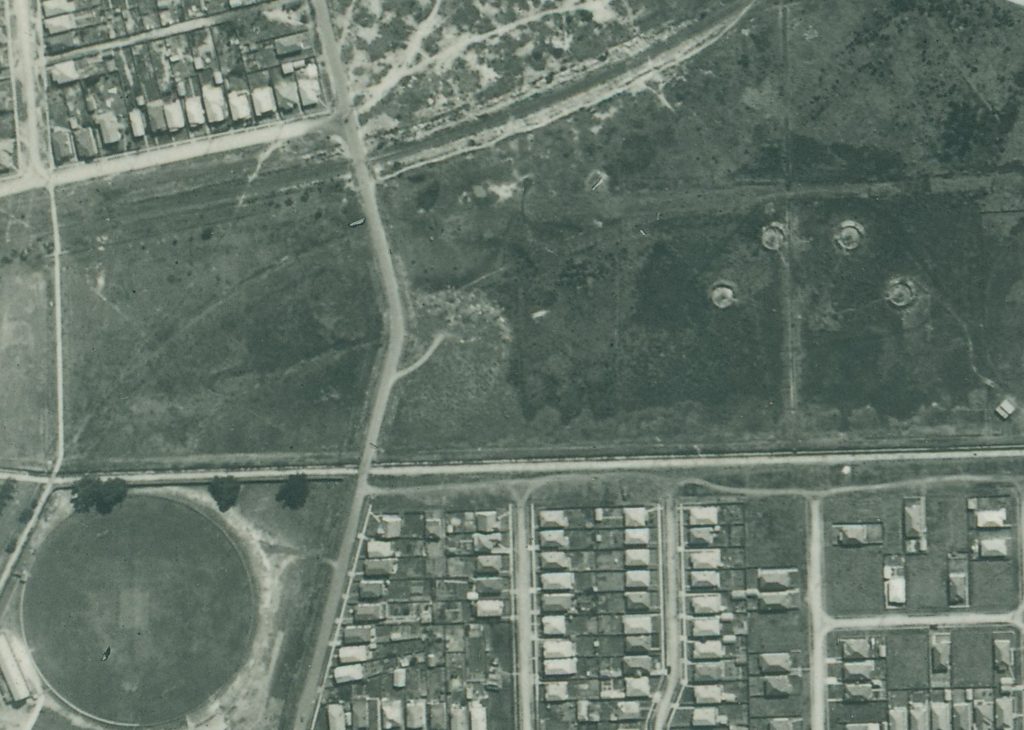 1944 aerial photograph that shows the remnants of the New Lambton railway traversing the park. 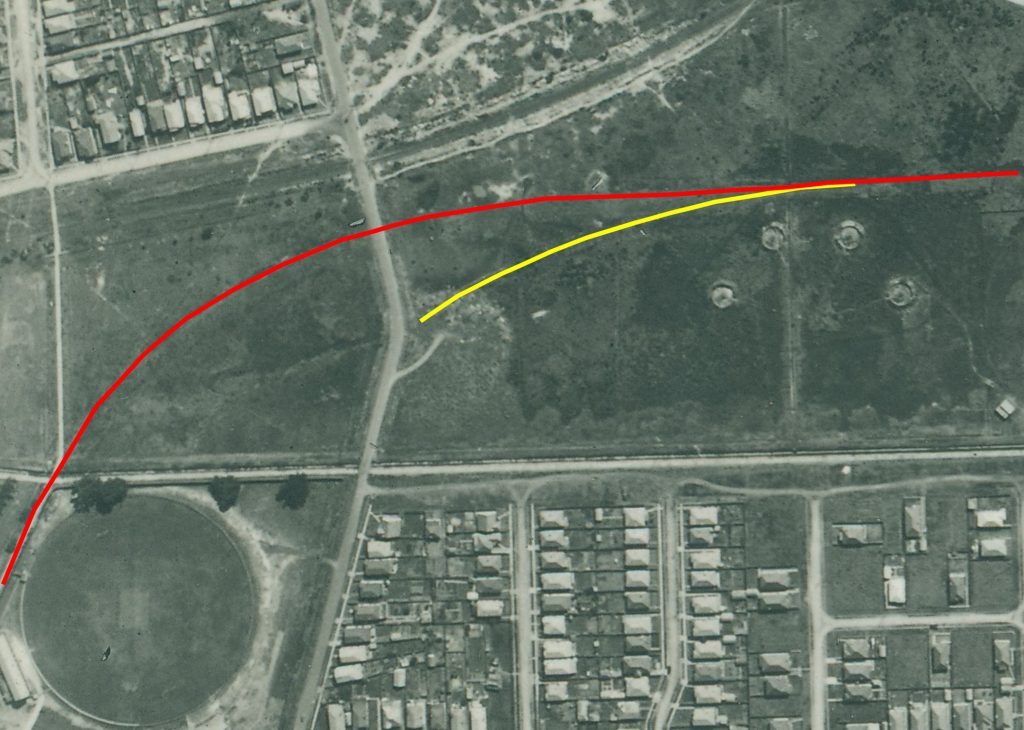 On page 45 of “The Coal Mines of Newcastle NSW”, Kingswell states that the New Lambton Estate consists of 1225 acres.

In the year 1867 Messrs. J. and A. Brown commenced to work coal from the New Lambton Estate, which at present is the freehold property of Messrs. George R. Dibbbs, and Alexander Brown, M’s. P. It consists of 1225 acres, and is bounded on the north and east by the Commonage, on the south by the Waratah Coal Company’s land, while the estate of the Scottish Australian Mining Company forms the western boundary. Prior to opening a mine the firm obtained a mineral lease of some 280 acres from the Government, and on this block, which lies to the north of the present estate, the now celebrated Dog and Rat, or A Pit, was sunk.

Where was this 1225 acres? It is difficult to be certain, but given that in the next sentence he refers to the 280 lease as being “prior” and to the north of the “present estate”, then it is reasonably clear that the 280 acre lease (blue) is not included in the 1225 acres.

Thus adding the 310 acres (white), 265 acres (green) and the 640 acres (orange/red), comes to a total 1215 acres, which is very close to the figure of 1225 acres that Kingswell state. The discrepancy of 10 acres could be accounted for in two ways. It is possibly simply an adding up error, or possibly because the 265 acre lease on the maps is marked as “ex rds”, and that these excluded roads account for the missing 10 acres. 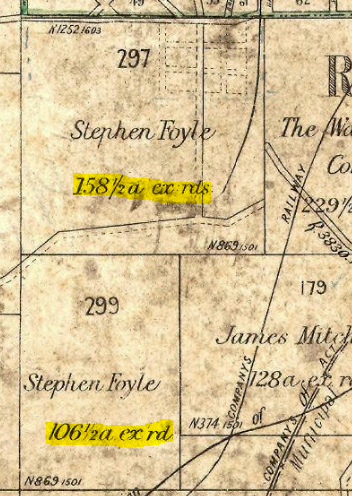