My latest article for the Lambton and New Lambton Local is out, this month on the Lambton Courthouse, that was opened in 1879 and demolished in 1937. 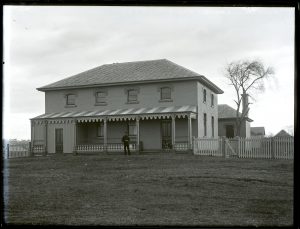 An unexpected outcome of researching this article is that I discovered a few places I didn’t know about before, where council chambers either existed or were planned, in Waratah and in Lambton.

In Lambton, I discovered that before the council was even a year old, in January 1872, it applied to the Minister for Lands to have an area in Dickson St set aside for Council chambers. The land was never used for that purpose. The courthouse was built on the adjoining block in 1877-78, and the block originally intended for the council was resumed in 1886 for the construction of the police barracks and lockup.