A great rivalry existed between the burgeoning colliery townships of the Newcastle area in the late 19th century. The prestige of a town was often expressed in the erection of grand public buildings such as town halls and post offices. When word got around in 1871 that Waratah was petitioning the State government for a courthouse, Lambton was quick to respond in a series of public meetings to lay claim as the rightful location. At one meeting …

“Dr. Hill rose and said that he did not think there could be any doubt or difference of opinion as to Lambton being the true centre of the mining district, and therefore the proper and legitimate position for a Court-house.”

The Government surveyor William Verge agreed, and in 1873 measured out a site in Dickson Street. Tenders for construction were issued and on 19th February 1877 the foundation stone of the courthouse was laid.

However, before construction was even completed, the suitability of the building was called into question, and the plans were altered to enlarge the building. The new courthouse was formally opened on 7th January 1879, despite there being “many things yet required to make the premises complete.” The building continued to be problematic – an 1889 article reported on the “disgraceful state of the court-house” because of damp and white ants.

Over the years, the limitations of the courthouse resulted in less frequent court sittings “and as people cannot afford to wait so long to have their troubles dealt with, they prefer to go to Newcastle.” The Department of Justice vacated the courthouse in 1922, and handed it over to the Department of Education to use as woodwork and metalwork classrooms to ease congestion at Lambton Public School.

After 1930, the building was used for a variety of other purposes. With continued deterioration, it was eventually demolished in 1937, and the land was subdivided and sold for home sites a few years later. 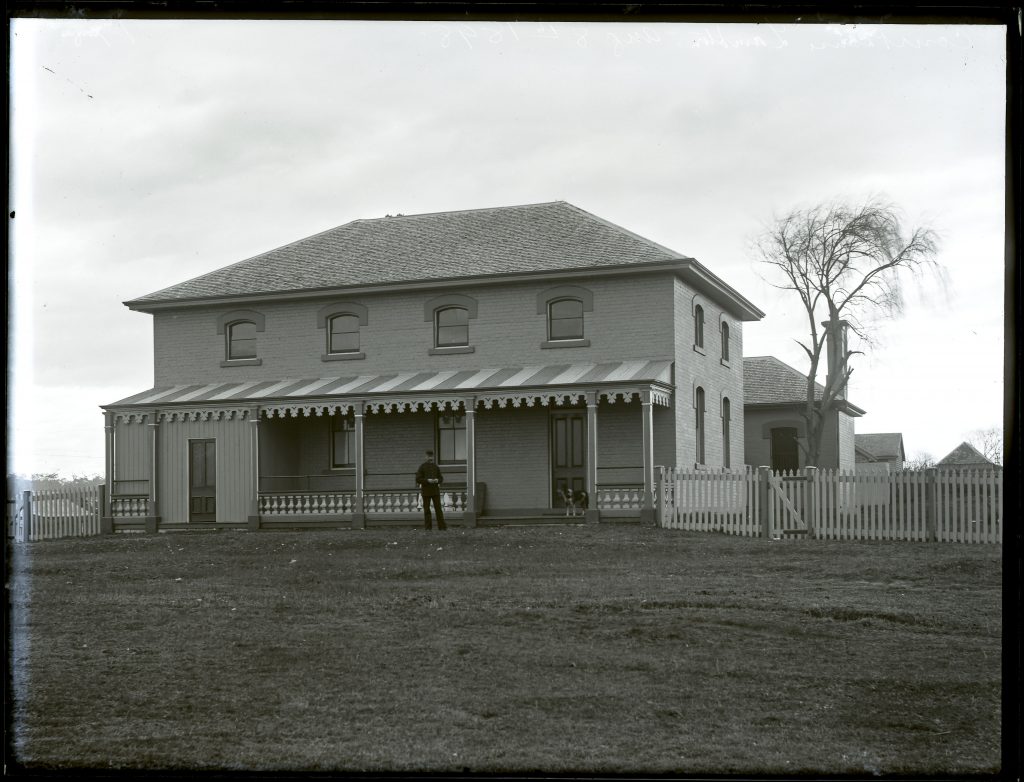 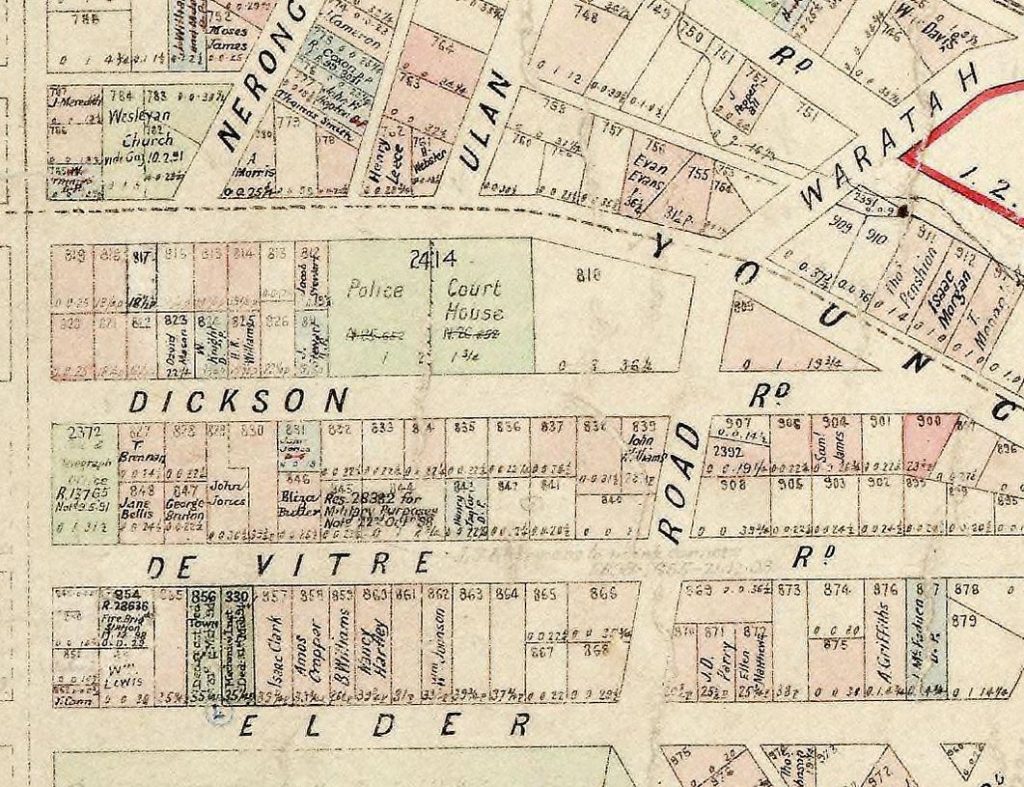 Portion of an 1889 map showing the location of the courthouse between Dickson St and Young St (now Newcastle Rd).

The article above was first published in the May 2017 edition of the Lambton & New Lambton Local.

The site of the Lambton Courthouse can be visualised by overlaying the 1889 map over a Google Earth image. 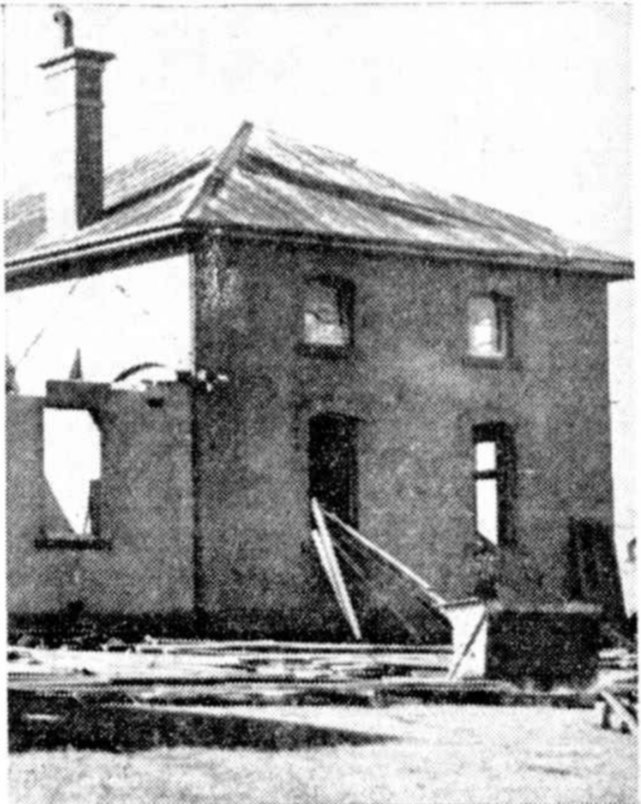 Demolition of the Courthouse in progress. From the Newcastle Morning Herald, 25th August 1937.

After the courthouse was demolished in 1937 the land was sold as home sites in 1941. This 1944 aerial photograph shows that 3 years later no homes had begun construction, and the rectangular outline of the former foundations of the courthouse can clearly be seen.

1944 aerial photograph of the site of the former courthouse. Newcastle Region Library.

In 1922 when the Department of Justice ceased using the courthouse, the building was converted for use as “manual training” classrooms, for the Lambton Public School. An idea of what “manual training” was, can be gleaned from a 1921 newspaper article, where it lists things such as