On 25th April 2017, prior to the main Anzac commemoration service at the Lambton Park Memorial Gates, there was a short ceremony to mark the return of the kangaroo statues to the top of the two main gate pillars.

When the foundation stone for the gates was laid on 19th October 1918, the newspaper in reporting the details of the impending construction noted that …

“On the top of the main piers will be bronze kangaroos, and the heading King and Country.” 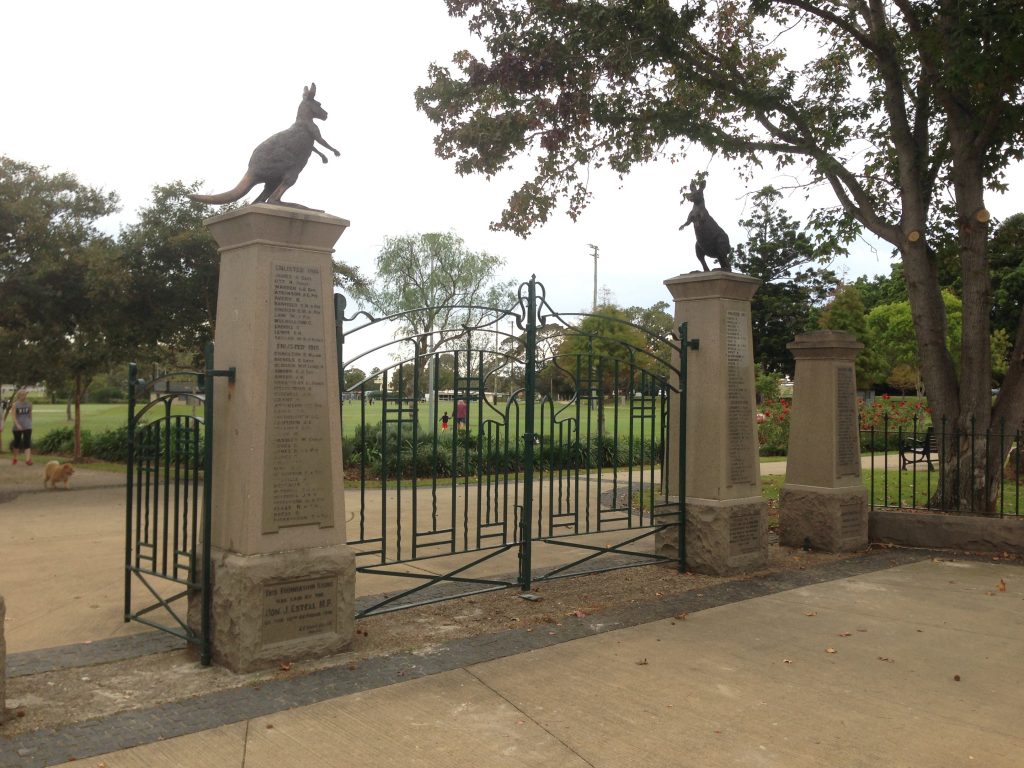 The kangaroos did indeed get erected on top of the main gate pillars, as the following poor quality newspaper photograph from 1922 shows. 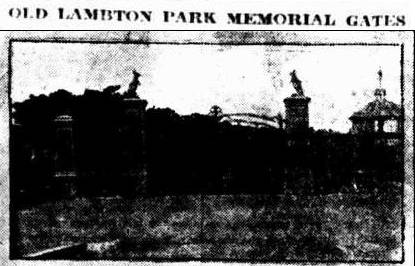 A photo of the memorial gate with the original kangaroos appeared in the Anzac Day edition of the Newcastle Sun, 25th April 1922.

At some unknown time later the kangaroos disappeared from the gate pillars, and there has been some suggestion that they were removed and melted down during the Second World War years as part of the war effort.

However this is unlikely, as it seems that the original kangaroos weren’t made from bronze at all, but “imitation stone”! A newspaper article from 17th May 1921 reported that some of the “thoughtless youth” of the community …

“… have made a target for stone throwing of the imitation stone kangaroos which grace the top of each gate pillar, and have succeeded in almost smashing off the tail of one figure. Another missile has chipped a piece out of the marsupial’s hip.”

Given their construction material, being prone to weathering, and an easy target for vandalism, it seems likely that the kangaroos condition deteriorated, and they were quietly removed.

Full credit to all those involved in the placing of the new bronze kangaroos atop the pillars, ready to celebrate the 100th anniversary of the gates next year, with ornamentation as originally intended.

1 thought on “The new roos”