In Minmi in 1864, after a period of torrential rain, a fissure opened beside Back Creek. The contents of the creek poured in, and the colliery below flooded. All the miners managed to escape, but the pit was closed for months afterwards.

Forced to look elsewhere for employment, a group of Welsh miners moved from Minmi to work the newly opened colliery in Lambton. The men belonged to the Welsh Congregational Church, under the leadership of Rev Evan Lewis. They soon erected a simple wood slab church on De Vitre St. The uncertainty of mining meant that most buildings in Lambton at that time were of a similar primitive and temporary character.

In 1868 however, the Welsh miners expressed a confidence in Lambton below, to match their assurance in God above. They decided that a new building, worthy of its great purpose, should be built of stone. They were granted permission to use a quarry on Newcastle Rd nearby, and the men bound themselves “one to another” in an oath, that they would erect a new building in Dickson St, by their own hands, free of charge.

At the 50th anniversary celebrations in 1918 it was remembered that “Some of the men quarried the stone, others wheeled it to the site, and many, after their shift ended at the pit for the day, put in several hours in building the edifice. One of the workers was Mr. J. Parry, who, though then a coalminer, had originally been a stonemason.”

Above the front porch, an engraving in Welsh reads “Bethel capel annibynol adeiladwyd, A.D. 1868” which translates to “Bethel Independent Chapel, built A.D. 1868” The building ceased to be used as a place of worship in 1977, when the Congregationalists merged with the Uniting Church.

Next year will be the 150th anniversary of the stone building, which stands today as an enduring legacy of the faith of those Welsh miners, even in troubled times past. 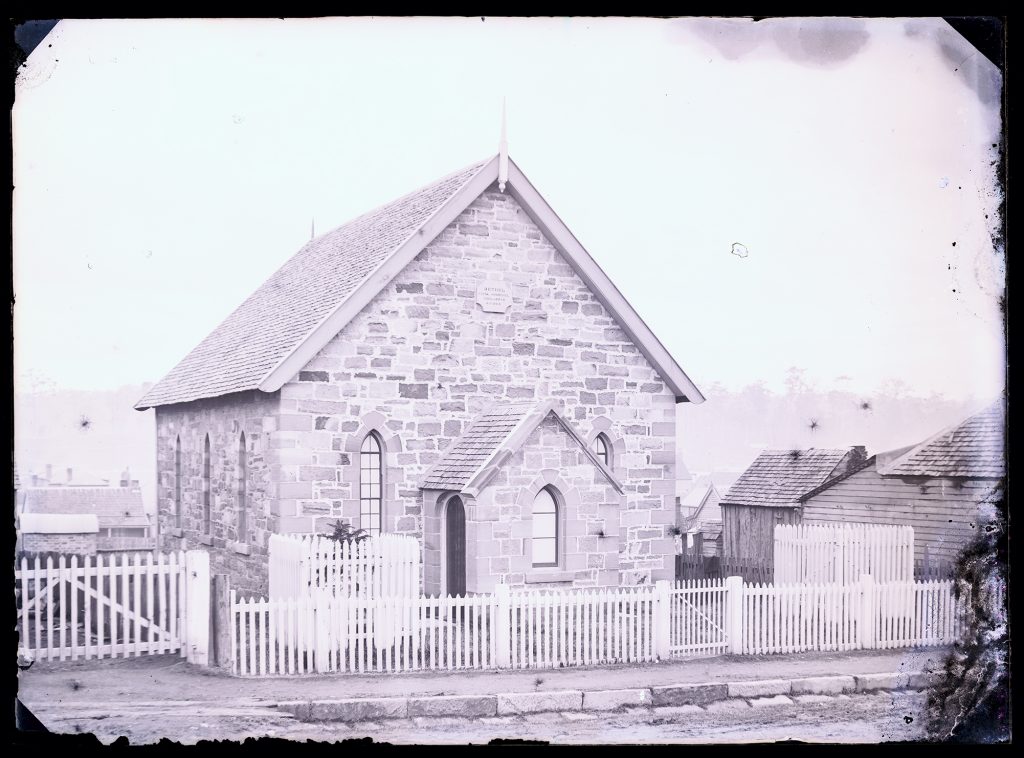 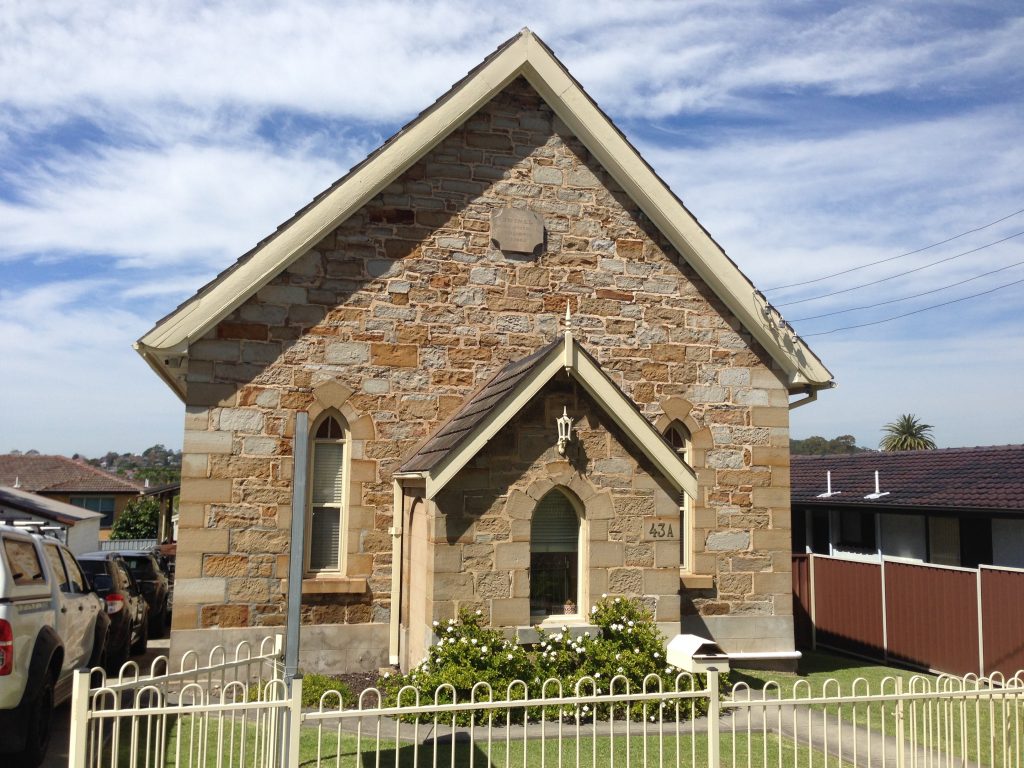 The church building at 43A Dickson St in 2017, now used as a hair and beauty studio.

The article above was first published in the December 2017 edition of the Lambton & New Lambton Local.

An important source of information for this article was pages 84-85 of “The Story of Lambton”, published by the Newcastle Family Historical Society. In particular, it has details of the binding oath that the men of the church made regarding the construction of the stone church. A handwritten account by Deacon Richard Thomas details the genesis of the oath, as the men considered the future while maintaining the property of the earlier wooden building.

“One day about seven of us were fencing this ground, it was a warm day and we were taking a spell in the shade of the building. One of the party said ‘to see whether we are in earnest or not let us prove it. I am prepared to give five pounds towards it and one pound each for my three sons.’ At once each of the party promised five pounds. That same day Mr David Williams said he knew of a quarry, not more than a hundred yards away, where there were plenty of stones, if we could get permission to open it. That was in Young Road (now a section of Newcastle Road) between Grainger and Hill Streets on the Waratah Coal Company’s ground. A deputation interviewed the Manager, asking permission to open the quarry. Permission was freely granted, and it was decided to have a stone structure. We decided that in order to save expense we would bind ourselves one to another and that we would quarry the stones and bring them to the place free of charge. We worked hard and remained true to each other, without a hitch. I need not mention that it was a big contract for about seven or eight men.”

One aspect of the story of the stone Congregational church in Lambton that is slightly frustrating, is pinning down the date of opening. “The Story of Lambton” p. 84 states that “the chapel was completed and opened for worship in June 1868.” However I cannot find any evidence for this date. I have found three newspaper articles in Trove that give a bit of a timeline …

Whereas most churches in that era, on the completion of their building held a formal opening service that was well reported in the newspaper, the Welsh Congregationalists don’t appear to have had a formal opening of their small but impressive stone building.

The best sense I can make of all this is that the church construction took place mostly in 1868 (hence the stone inscription on the front of the church), but that it only began to be used in 1869, and that there was no formal or official opening ceremony.

The stone for the church in Dickson St was obtained from a nearby quarry on Young St, now Newcastle Rd. We know that the power station for the electric light scheme instituted in 1890 was built in a disused quarry. There is no definite proof, but it seems highly likely that this was the quarry used for the church. A 1904 panorama of the Lambton taken from the top of Noble St shows the both the quarry and the church in close proximity. 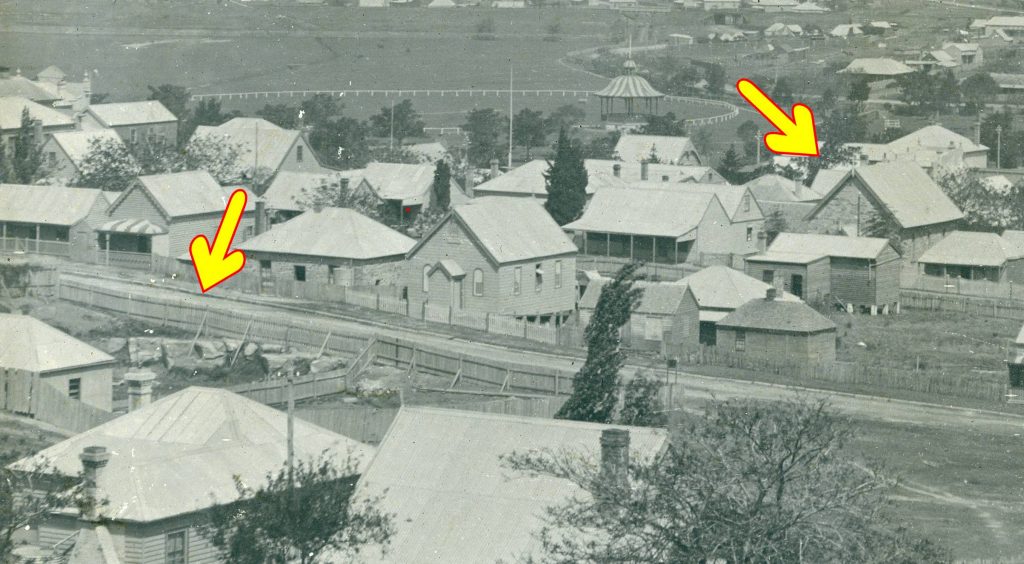 A portion of a 1904 photograph that shows both the Bethel Chapel in Dickson St, and the quarry on Newcastle Rd where the stone was probably quarried from. 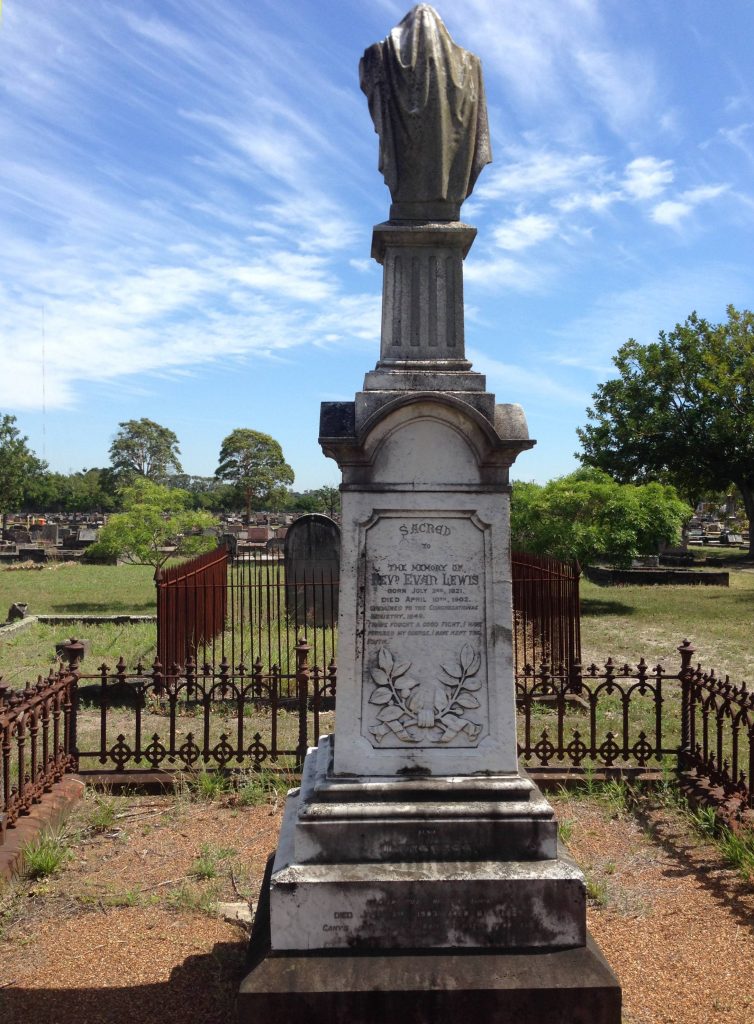 The grave site in Sandgate Cemetery of Rev Evan Lewis, who started, and then led the Welsh Congregational Church in Lambton for 38 years, until his death in 1902.