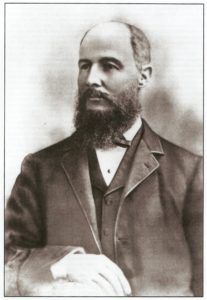 15th June 2016 marks 110 years since the death of the man justly known as the father of Lambton.

Thomas Croudace was born in 1838 into a coal mining family in Chincliffe in the county of Durham, England. At the age of just 23 he was sent to Australia to be the manager of a new coal mine of the Scottish Australian Mining Company. To this colliery Croudace gave the name “Lambton”, in honour of John George Lambton the Earl of Durham, who had personal and business connections with the Croudace family back in England. The “Lambton” name went on to be used by several collieries, townships, and suburbs.

Croudace’s skill as a mining manager was unparalleled, guiding the Lambton colliery with commercial success over 44 years. He introduced innovative mining technologies, and was committed to keeping a close rein on the costs of production, often with a very hands-on approach. In 1867 when miners accidentally dropped a bucket down a shaft they were digging, it was reported …

“Notwithstanding that there was some twelve feet of water in the shaft, Mr. Croudace coolly descended, and by letting himself down (through the water) to the bottom, he succeeded in recovering the bucket. This act is regarded here as a very daring one.”

Croudace’s commitment to the local community was also unstinting. He served many years as an alderman on both Lambton and New Lambton councils (sometimes on both at the same time!) and was elected as Mayor on numerous occasions. He was a generous man, both personally to those in need, and in his capacity as mine manager gifting land and resources to the community for churches, parks, and other public benefits.

Thomas Croudace retired from active work in 1904 due to ill health, and died in his residence in New Lambton Heights on 15th June 1906. He was buried in Sandgate cemetery, attended by a large crowd of mourners. 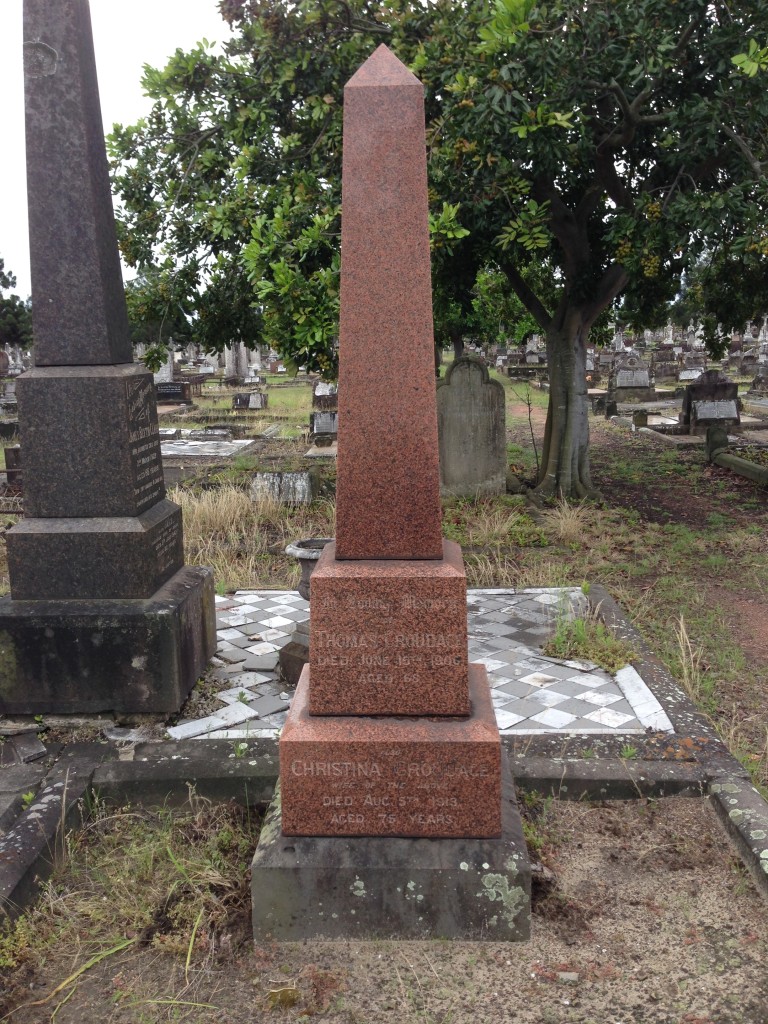 The inscription on the grave monument at Sandgate Cemetery reads “In Loving Memory of Thomas Croudace. Died June 15th, 1906. Aged 68”

The article above was first published in the June 2016 edition of the Lambton Local.

Thomas Croudace, as a mine manager, represented the interests of commerce and industry. Although he would often be in dispute and disagreement with the miners and the unions, it seems they often had a respect his character. Matthew Charlton, a miner and later on a union leader and Labor party parliamentarian, on the occasion of his 70th birthday in 1936 reminisced on the actions of Thomas Croudace during a miners’ strike in the 18th century.

About 7 o’clock the manager of the colliery, the late Mr. Thomas Croudace, mounted on a fine horse, came down the hill on the other side. There was a rush across the railway to meet him. To the surprise of everyone he continued straight towards them. At last he halted and was at once surrounded by a threatening body. He kept his horse circling in a ring, tendering sound advice at the same time, until from a menacing attitude the crowd became subdued and reasonable. One could not help admiring the courage he displayed. 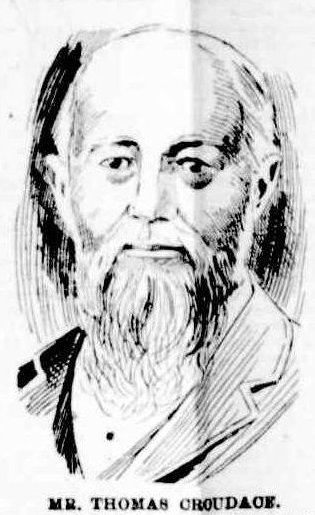 A drawing of Mr. Croudace from a profile piece in the Newcastle Morning Herald, 2nd April 1898.

Thomas Croudace was instrumental in the founding of Lambton Park, and there is an inscription to him on the memorial gates on Morehead St that reads

FOUNDER OF THIS PARK 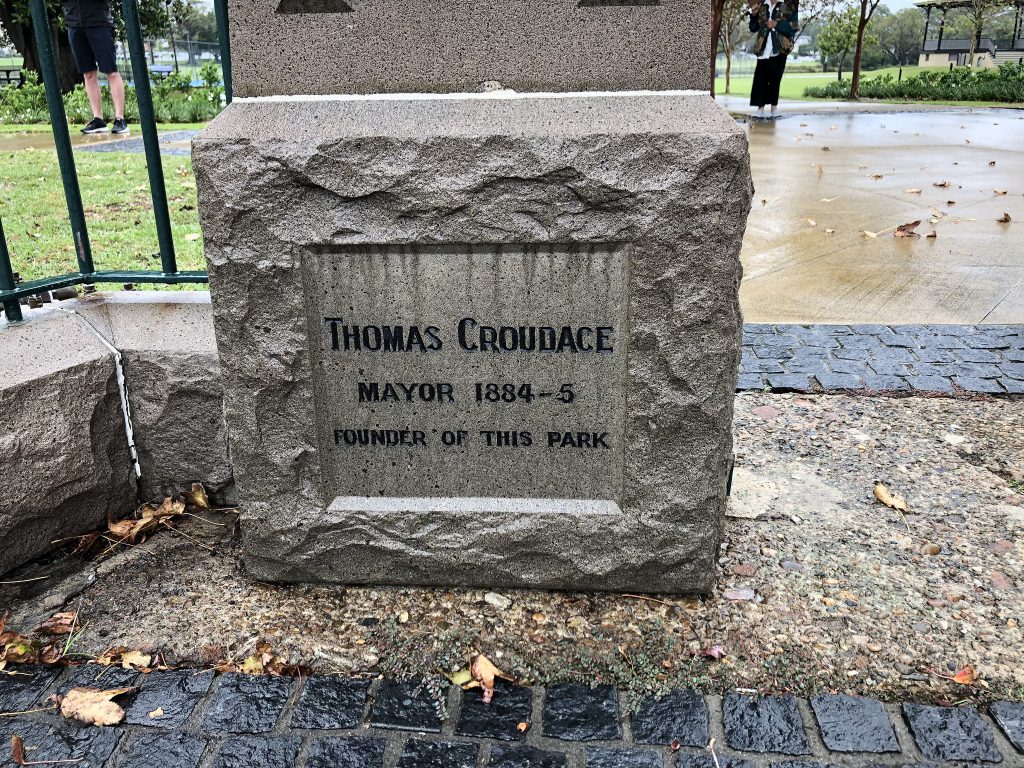 Elections in the Lambton and New Lambton municipal councils were governed by the the NSW Municipalities Act of 1867. Each council had 9 aldermen, who served terms of three years. Elections were held in February each year, with ratepayers electing three aldermen each year. At the first council meeting after the election, the current aldermen elected a mayor for an ensuing one year term.

Thomas Croudace served as an alderman and Mayor on both Lambton and New Lambton Councils at various times.

The diagram below shows the periods that Mr Croudace served on the councils, including the years 1891-93 when he was on both councils simultaneously. The changes in shading show the terms of office. i.e. each change of shading indicates a re-election.