In 1890 Lambton became just the third town in New South Wales to have electric street lighting. To power the lights a generating station was constructed in a disused quarry on Newcastle Road. The opening of the station was commemorated with a plaque above the door reading:

The electric light scheme was a commercial failure, the power station was shut down, and the building removed in 1904. Thirty-four years later in 1938, the Newcastle Herald reported an interesting discovery.

When a house was being demolished in Kendall-street, Lambton, some time ago, workmen found beneath it an old cast iron plate. It was rusted and slightly the worse of wear, but it told the story of a venture undertaken by Lambton Council 48 years ago, when a desperate attempt to leap to prosperity ended in a glorious failure.

When the electricity undertaking failed the power-house, which had been erected near the quarry, was demolished. The cast iron plate telling the date of the undertaking and the nature of the industry was removed and taken by the former Town Clerk (Mr. T. Johnson) to his home in Kendall-street. It was there that the workmen found it, leaning against a stone pile beneath the house. A treasured memorial, that old plate. Outside the debt it was all the council had left to remind it of the commercial venture. Taken to the council chambers some weeks before the council disbanded the plate was cleaned up and lettering picked out in white. It still leans against a wall in the silent interior of that abandoned room.

Subsequently the Newcastle Herald reported in 1975, that the plaque was “now on public display at Nesca House”. Last heard of 42 years ago, does anyone know where the plaque is now? 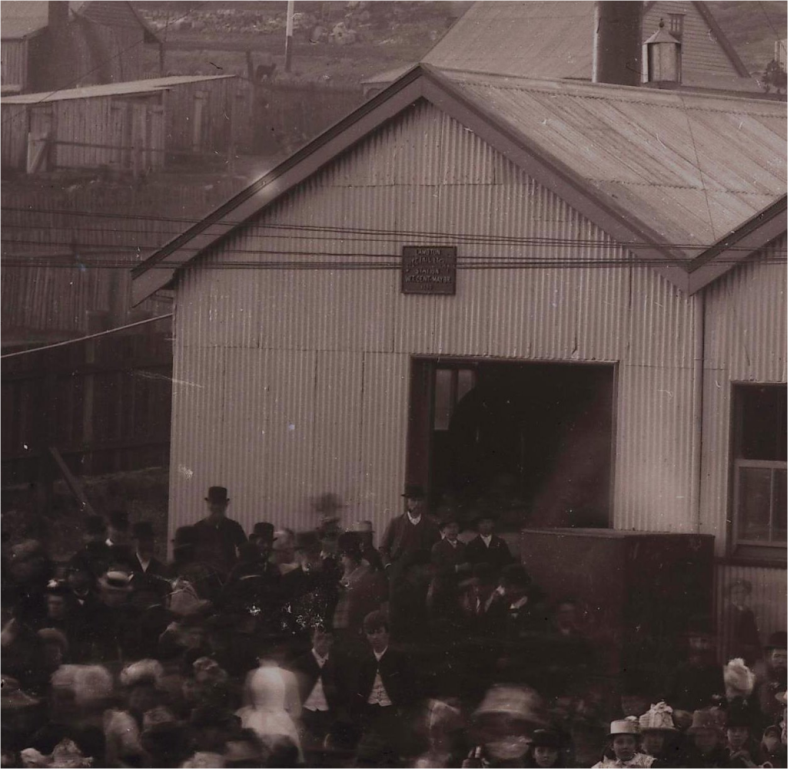 The Lambton Electric Light station on the day of the official opening, with the plaque displayed over the front entrance, 9th September 1890. Photo by Ralph Snowball. Hunter Region Library 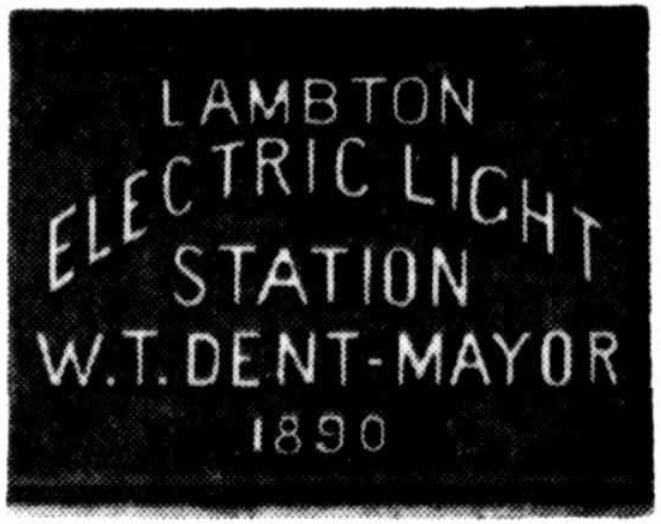 The Lambton Electric Light Station plaque in 1938, when it was rediscovered underneath a Kendall St house.

Excerpt from a 1975 Newcastle Herald article by Louise Boon, indicating that the plaque was now on display in Nesca House.

After the publication of this article in the Lambton and New Lambton Local, Ed Tonks posted to the Lost Newcastle Facebook page a photo of the plaque on display in a meeting room of Nesca House in 1985. 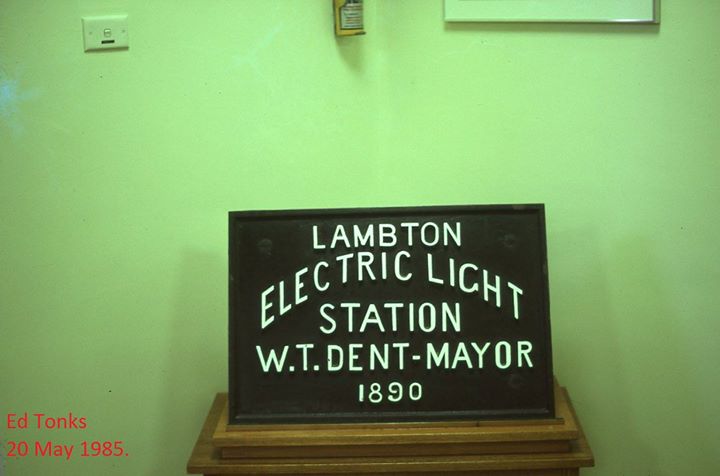 The plaque in Nesca House in 1985. Photo kindly supplied by Ed Tonks.

The article above was first published in the August 2017 edition of the Lambton & New Lambton Local.

The plaque is found!

In June 2021 the plaque was located in storage at Ausgrid’s Wallsend depot, and was on display at Lambton library in June 2021 as part of the Love Lambton 150 year celebrations. 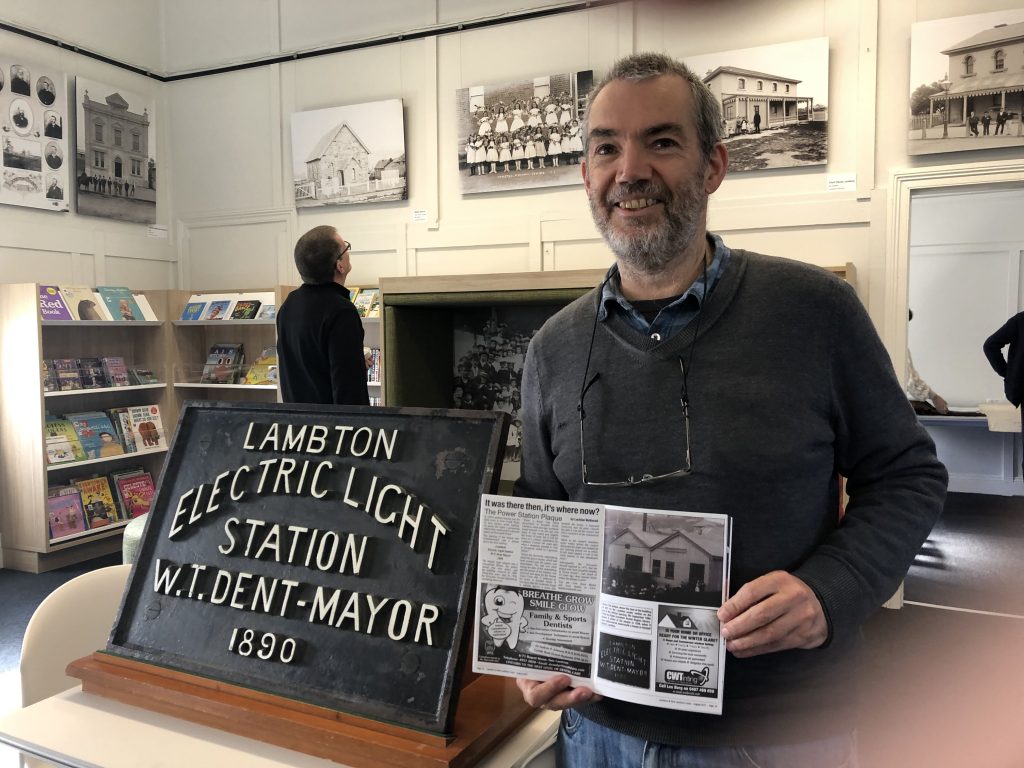 The rediscovery of the plaque in 1938 is also mentioned in a 16 Feb 1938 article which states:

About a month ago, a grandson of Mr. H. Noble, a former Town Clerk, found, while lifting the foundations of his house a metal plaque, bearing the inscription, “Lambton Electric Light Station. W.T. Dent, Mayor, 1890.” The tablet had been placed there for safe keeping after the demolition of the substation that once supplied Lambton with electricity.

Further information on the Lambton Electric Light scheme can be found in my previous articles: