As a recently arrived resident of Lambton with an interest in local history, I was aware that Lambton had its beginnings as a coal mining township. But where was the colliery? What, if anything, remained of it? It was only on finding some old photos in the University of Newcastle Cultural Collections that I was able to answer these questions.

This Ralph Snowball photo from 1900 looking north from Russell Rd in New Lambton shows the colliery buildings nestling in the gully between Lambton and New Lambton, with the colliery railway going down the slope heading towards Broadmeadow. 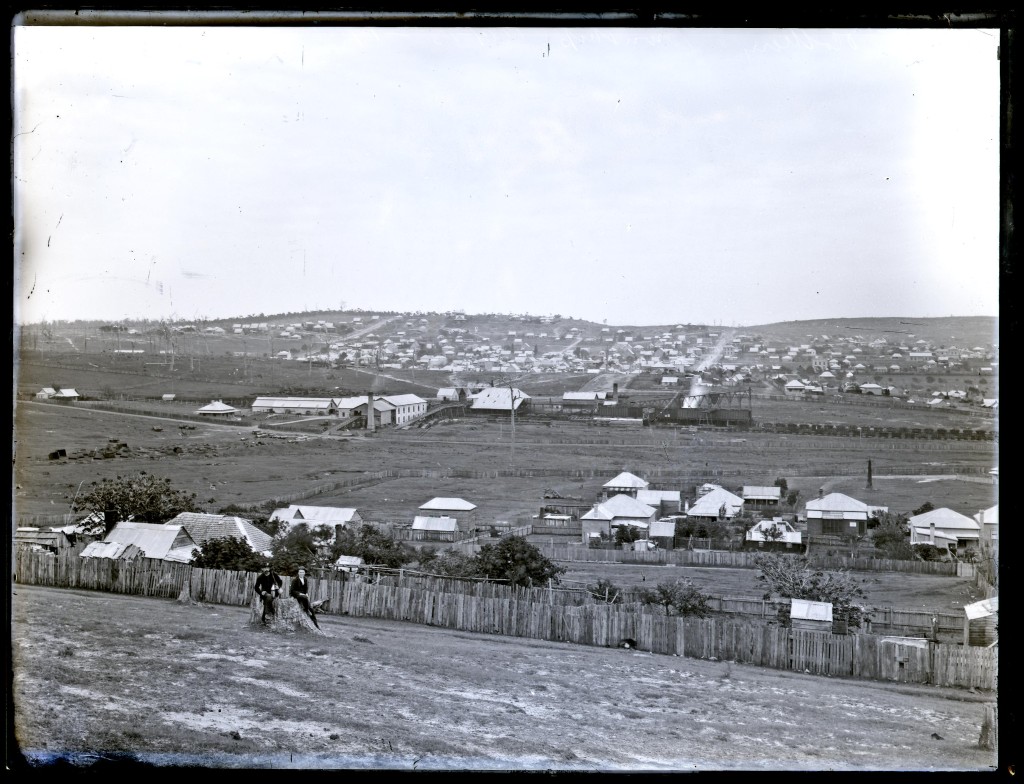 Lambton colliery and Lambton township, looking north from Russell Rd, New Lambton. On the North Lambton hill in the background, three streets are visible going up the hill – on the left hand side is Dent St, on the right hand side is Morehead St, and the thinner shorter street in the middle is Grainger St. Photo by Ralph Snowball. University of Newcastle Cultural Collections.

Inspired by this and other photos in the University’s collection, I set myself the challenge during a two week Christmas break, of every day visiting the location of an historical photograph, and as far as possible replicating the original image. In the modern photo here, the Lambton colliery has disappeared. After opening in 1863 it closed 74 years later in 1936 and then slowly faded away – buildings demolished, equipment removed, pits filled in, new streets laid out, housing erected, rail lines ripped up, and the final disappearing act in 1966 when the rail bridges over Howe St and Hobart Rd were torn down.

The only visible evidence I could find of the colliery were shadowy remnants – the open space of Lewis oval, the slight dip in Hobart Rd and the funny little jink in Howe St where the railway bridges once were, a drain culvert at the western end of New Lambton Park, over which the railway once ran.

In coming months I’ll share some other “Then and Now” comparisons. As a newcomer to the area and its history, I’d welcome your feedback or further information. You can do that by leaving a comment on any of the pages in this site. 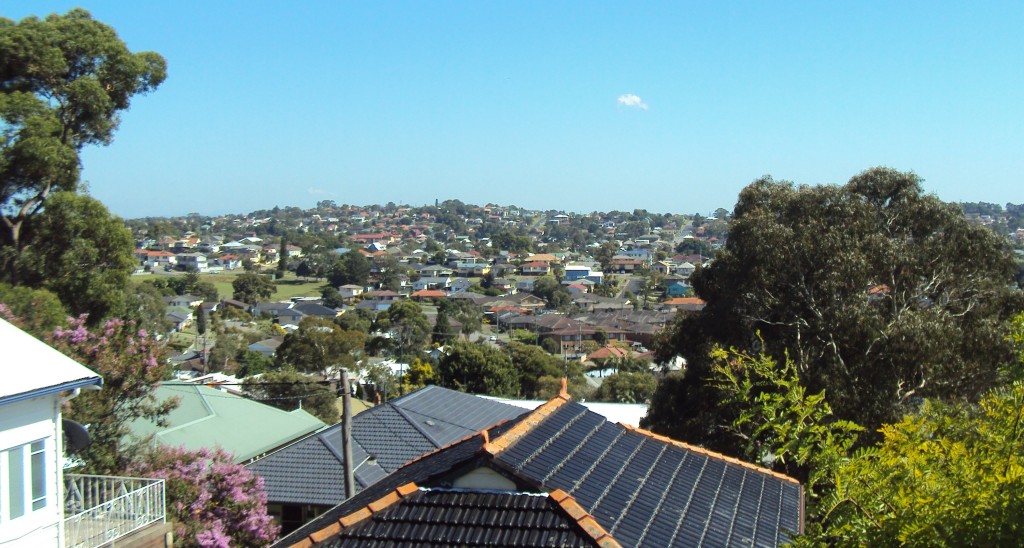 In the modern photo, Dent St and Grainger St are hidden by houses and trees, but Morehead St is still visible.

The article above was first published in the February 2015 edition of the Lambton Local.