Maps, like photographs, provide a glimpse into the past. They allow us to see the shape of our city as it once was. One of the most important and fascinating examples is Barrett’s 1910 Map of the country around Newcastle N.S.W. Previously, maps were mostly concerned with property, and focussed on details such as parish boundaries and mining leases. Barrett’s map however was born of military needs.

With the federation of Australia in 1901, defence became the responsibility of the national government, and it was soon realised that the scope and quality of current maps were woefully inadequate for military purposes. Because the newly formed Australian Army did not have the expertise, in 1908 Colonel Bridges wrote to the War Office in London asking that surveyors and cartographers be loaned to Australia for a period of two years, to assist in local mapping.

In answer to that request, the steamship Omrah arrived in Australia in April 1910 carrying four soldiers of the Royal Engineers, including Irish born Lance Corporal Arthur Barrett. The men were first sent to Newcastle, and for the remainder of 1910 worked on producing the map that bears Barrett’s name.

It is an exquisitely detailed map, showing individual buildings, the location of churches, schools, post offices, and council chambers. The topography of the land is carefully laid out, with features such as creeks, vegetation, and the contours of hills. Important industrial landmarks such as quarries, mines, factories, and even chimney stacks are comprehensively documented.

Barrett retired from the Army in 1919 to become the proprietor of a bookshop in Melbourne. A print of his 1910 map of Newcastle hangs in the rear room of the Newcastle Family History Society, in the Mechanics Institute building in Elder St. It is well worth a visit, to appreciate close up the beauty and detail of this remarkable and historic map, and for just a moment, to peer into the past. 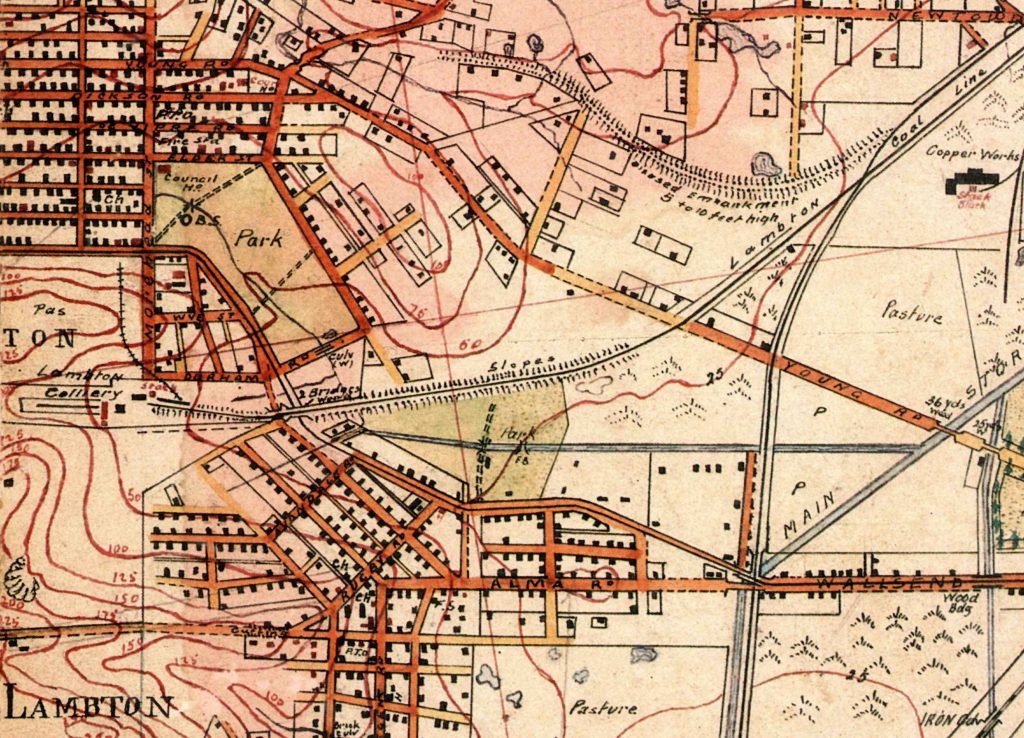 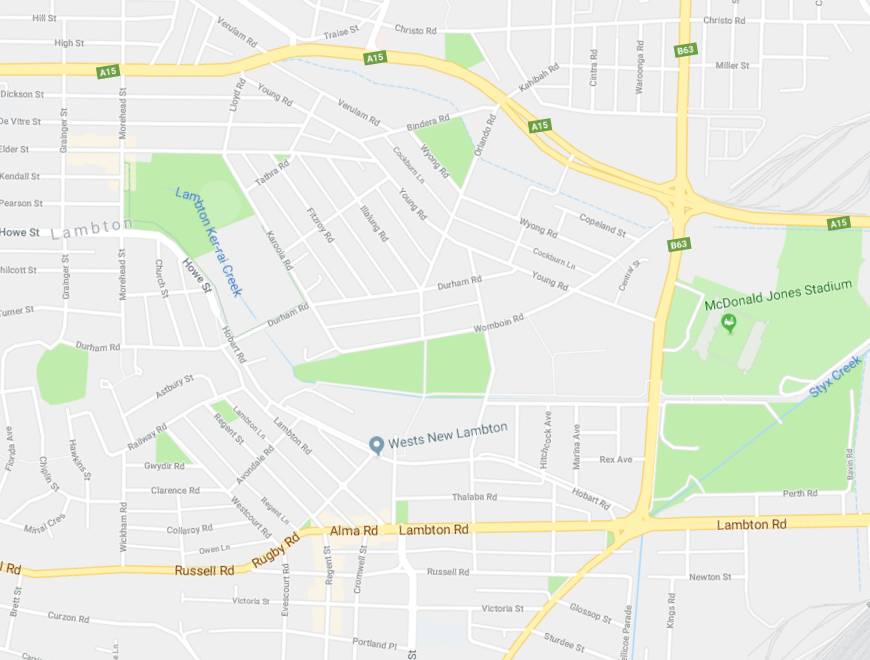 The Lambton, New Lambton and Broadmeadow area in Google Maps, 2018.

The article above was first published in the January 2018 edition of the Lambton & New Lambton Local.

Most of the information for this article came from the book Australia’s military map-makers: the Royal Australian Survey Corps 1915-96 by C.D. Coulthard-Clark. The Auchmuty library at Newcastle University holds a copy of this book. (358.20994 COUL)

A digitised copy of Barrett’s map can be found in the University of Newcastle Cultural Collections site.

The article above mentions Colonel Bridges writing to the War Office in London in 1908. This was William Throsby Bridges who became the Australian Army’s first Chief of the General Staff (CGS) in January 1909. He was later promoted to Major-General on the outbreak of war in 1914, and was killed by sniper fire at Gallipoli in 1915. Bridges Road in New Lambton (which did not yet exist when Barrett mapped the area in 1910) is named after him.