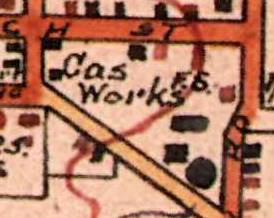 As reported in the Newcastle Herald last week, Newcastle Council has completed an environmental investigation into the site of the former Waratah gasworks, with the report to be released soon. I was asked by a reader of this blog about the gasworks. Here is the little I know …

From searching Trove I know that the gasworks were commissioned by Waratah council, officially opened on 1st August 1889, and supplied gas to the township for the next 30 years. In October 1918, faced with a looming large bill for repairs to keep the plant operating, the council looked to sell the gasworks. However due to legal complications that required an act of Parliament to facilitate the sale, it was four years until the Mayor reported that negotiations to sell to the Newcastle Gas and Coke Company were completed in April 1922. The new owners took over operation of the gas works commencing from 1st May 1922.

Note that the sale was for the works only, with the land remaining as crown land. Payment for the sale was by instalments of £1000 a year, plus 5 per cent interest. A 1925 report on Waratah’s finances noted that “A further instalment of £1000, plus interest was received during May in connection with the sale of the gasworks, leaving a balance of £8000 owing to the council.”

It is unclear exactly when the gas works ceased operating, however in August 1928 Waratah council were inviting tenders for the demolition of buildings, and requesting the Minister for Lands to transfer freehold title of the land to the council. In November 1928 the council “decided to ask the Department of Lands to subdivide the site of the old gasworks at Waratah before it is disposed of”, and in December 1929 “Ellis Street” was chosen as the name for the new road in the subdivision.

I first learned about the gasworks a few years ago while studying Corporal Barrett’s 1910 map of Newcastle. In the triangular intersection of Georgetown and Turton Roads can be seen the circular gas tank and holder, which were described in the report of the opening ceremony.

“The gas holder is 60ft diameter 18ft deep, with an actual holding capacity of 51,000 ft. The tank is 64ft diameter, and its holder is so constructed and the tank so built that an addition of a second light or telescope can be made at any time, thus doubling its size at a very small expense.” 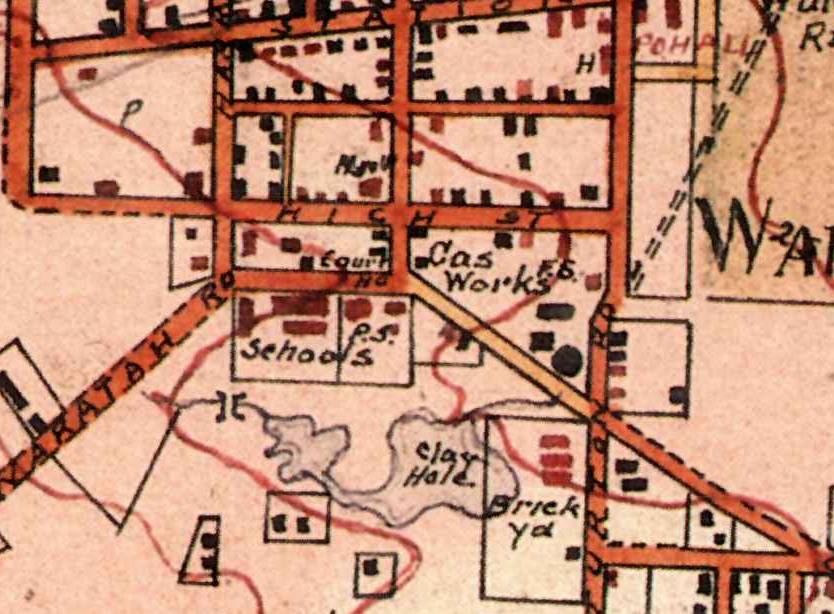 Location of the Waratah gasworks shown on Barrett’s 1910 map of Newcastle. University of Newcastle, Cultural Collections.

Just above the gasworks, is a red block labelled “F.S.” – this is the fire station on High Street that was opened in 1893. In 1898 Ralph Snowball photographed this station from High St, looking towards the south, so the building behind the fire station may be related to the gasworks, although I’m not sure about this. 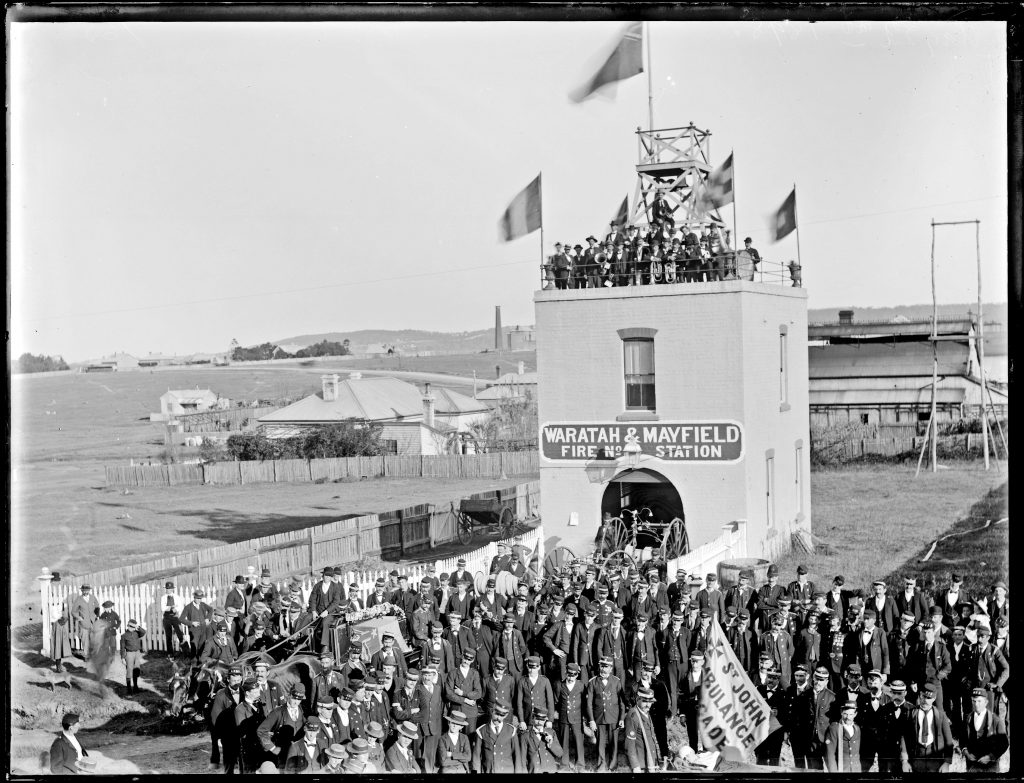 The gas works site is also shown on a 1906 real estate poster. 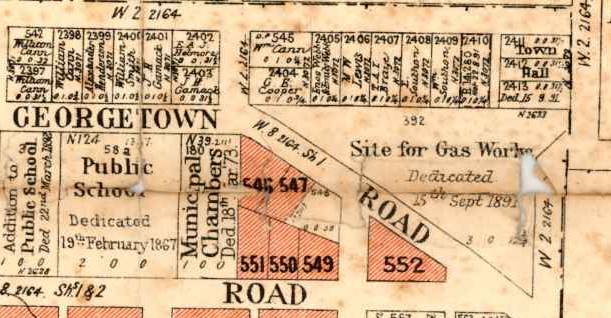