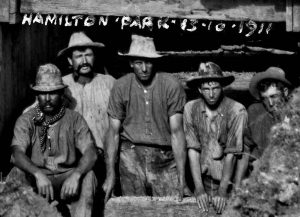 While browsing the University of Newcastle’s collection of Ralph Snowball photos, I came across a picture of construction work, with the inscription of “Hamilton Park – 13.10.1911”. It wasn’t immediately clear from the photo what work was being done, but after some searching of Trove I established that it was the construction of sewer mains in the streets of Hamilton. A newspaper article from 3rd August 1911 reports

“Out at Hamilton West the main sewer is being put down at a depth of 16ft. The ground there is a sort of bluish clay, and although it has to be cut out like so much putty, it does not present anything like the same trouble that the sand at the eastern end of the municipality does. Here, as in Denison street, centrifugal pumps, electrically driven, deal with the water, and the current is supplied from the city council’s power-house.

There are 130 men at work in Hamilton East and 61 in Hamilton West. About half of these were coal-miners, and they are doing very well at the new class of work.” 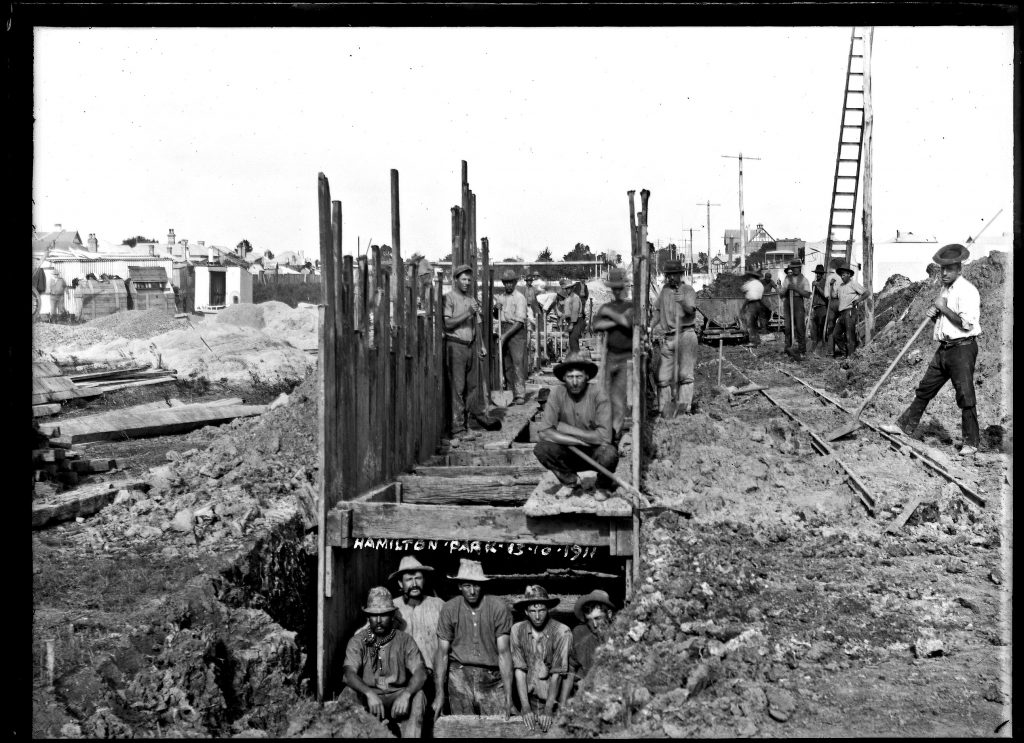 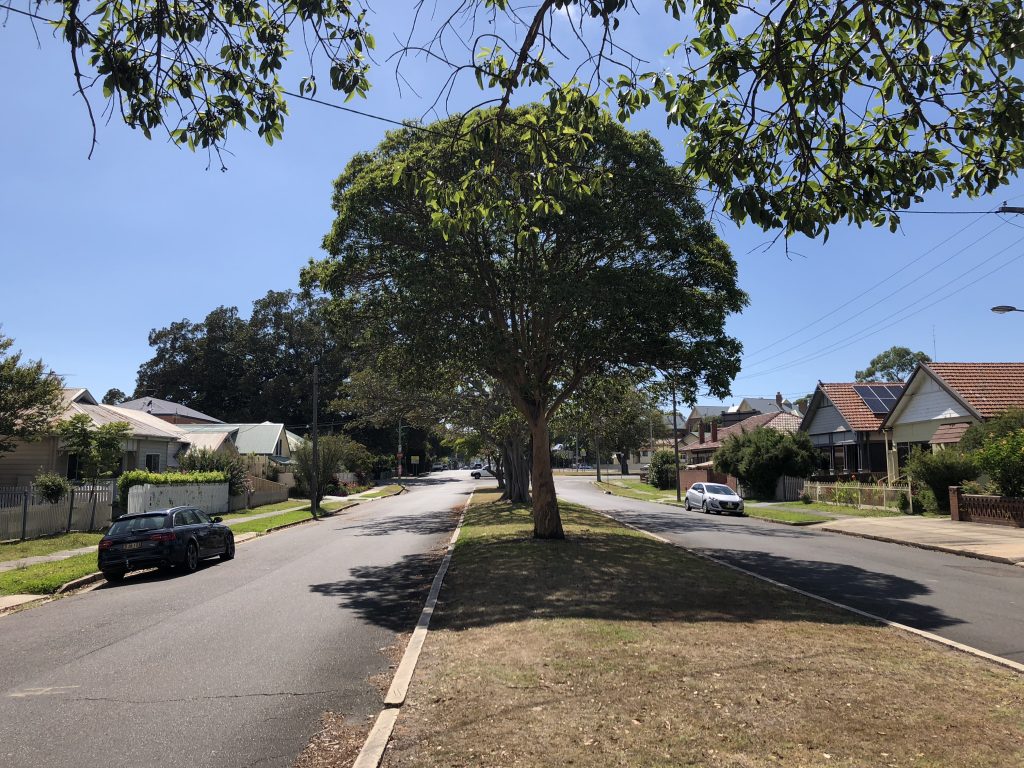 The approximate location of the 1911 photo can be established by taking note of the distinctive façade of the building at 5 Belford St Hamilton. From this it would appear that the photo is taken in Tudor St, somewhere between Blackall St and Samdon St, looking towards the east.

The 1911 photo is inscribed with “Hamilton Park”, which was the name of a new subdivision of building allotments to the west of Hamilton Park, now Gregson Park. 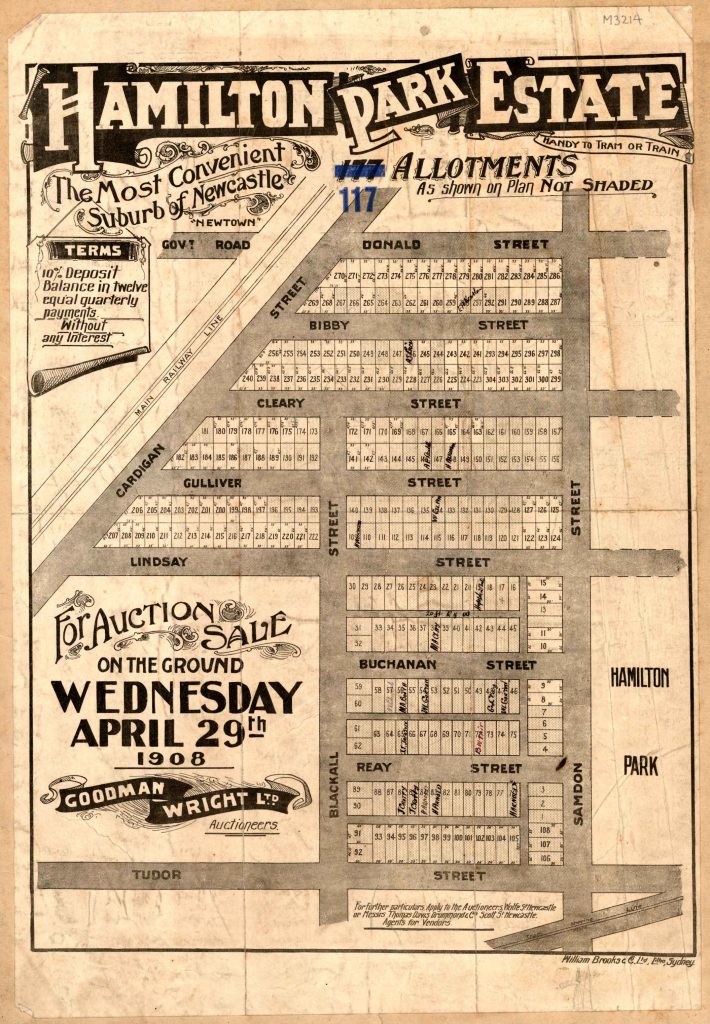 2 thoughts on “Tudor St, Then and Now”