The photographs of Ralph Snowball are not only technically proficient, but are masterful in their choice of subject and composition. This month’s photograph, from 1908, was taken at the northern end of Regent St in New Lambton, looking towards Braye Park hill in the distance.

In the background, two coal wagons of the Lambton colliery portray the wealth and scale of modern industrial coal mining. In the foreground, a horse, cart and wooden shed reveals a more humble employment.

In the centre of the photo stands John Burnley, age 20, known to family and friends as Jack. A hand painted sign above him proclaims him as a bottle dealer, the artefacts of his trade arranged around him like a decorative picture frame. Bottle dealers collected empties from hotels and sold them on wherever a profit could be made. The word “licensed” a reminder that the “Bottle-ohs”, as they were called, had an unsavoury reputation and the state parliament felt the need to pass legislation in 1906 to regulate the industry.

These were uncertain and sorrowful times for the Burnley family. Jack’s older brother had died in 1901 aged just 22. His father had died two years earlier in 1906. Jack, being the only son, was left to care for his widowed mother.

War came to the world, and in January 1916, Jack enlisted in the army. He was assigned to the 34th Battalion as a bugler and embarked for Europe in November. Tragically, within a year, he was killed in the battle of Passchendaele on 12 October 1917, 100 years ago this month.

One final detail to note in Snowball’s photographic portrait of Jack Burnley … a bugle, perched atop the brake lever of the cart. A poignant foreshadowing of Jack’s untimely death on the battlefields of the Western front nine years later, it is also a reminder to us that the prosperity and safety we enjoy now, owes a measure of debt to the sacrifice of others back then. 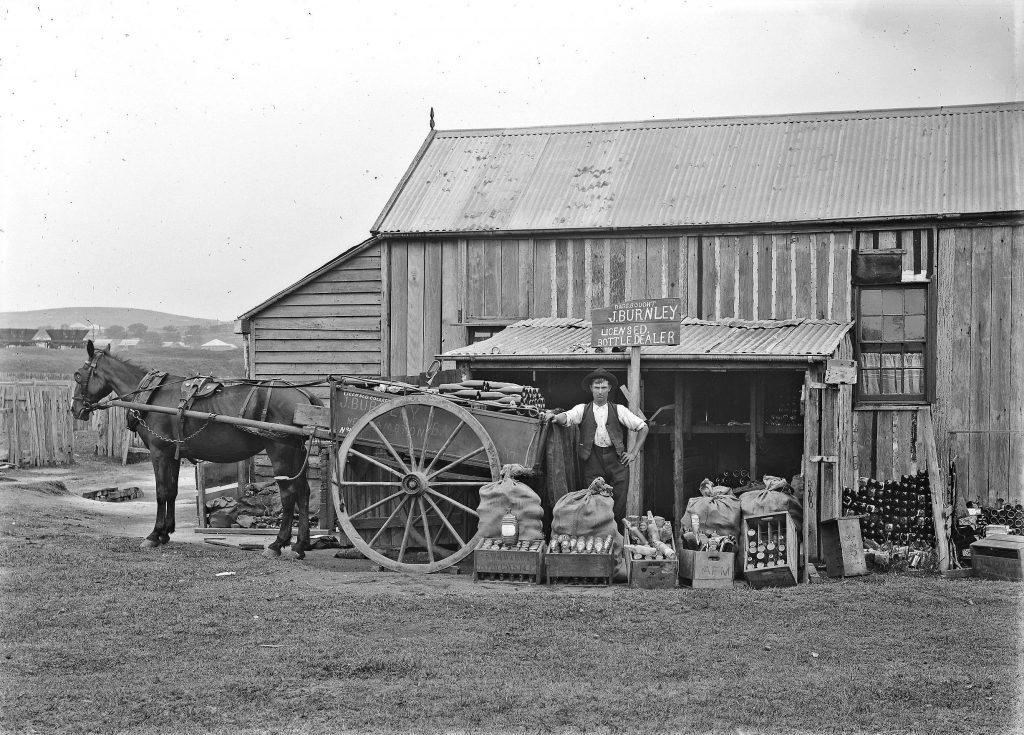 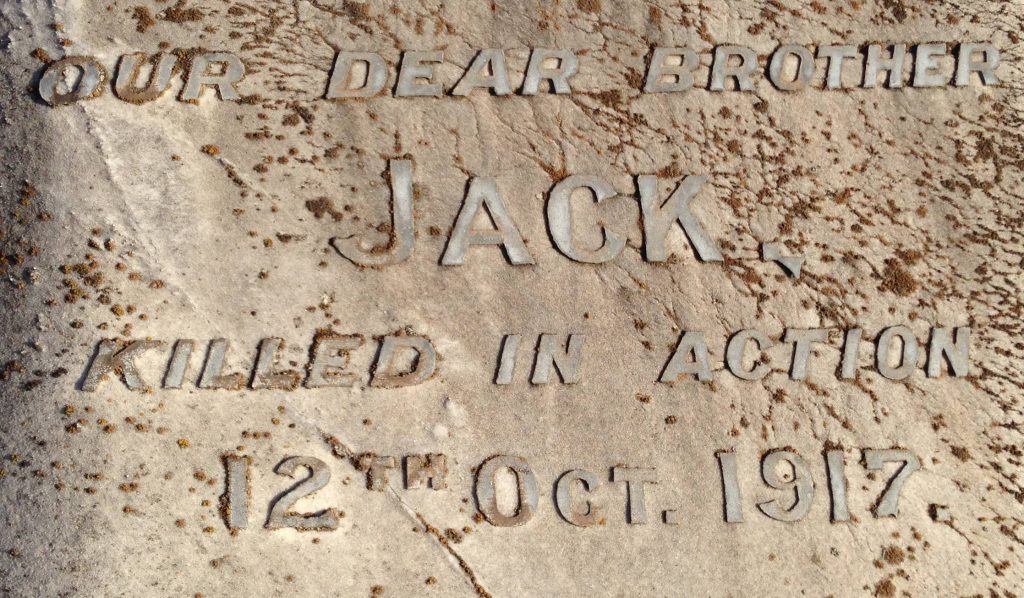 The memorial inscription to Jack on the Burnley family headstone in Sandgate cemetery.

The article above was first published in the October 2017 edition of the Lambton & New Lambton Local. 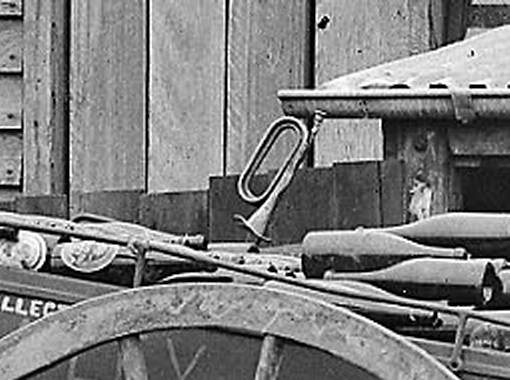 A close up view of Jack Burnley’s bugle perched on top of the brake handle of the cart. 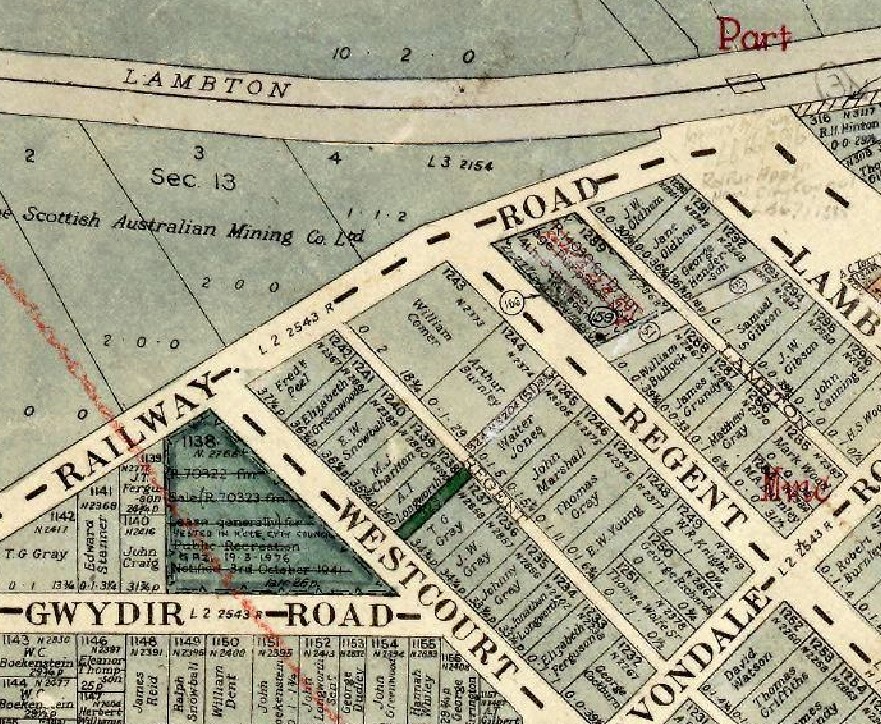 A map of New Lambton, showing the location of the  property of Arthur Burnly (Jack’s father) at the northern end of Regent St.

War service records showing that Jack enlisted in January 1916 as a bugler, and proceeded to France in November 1916. 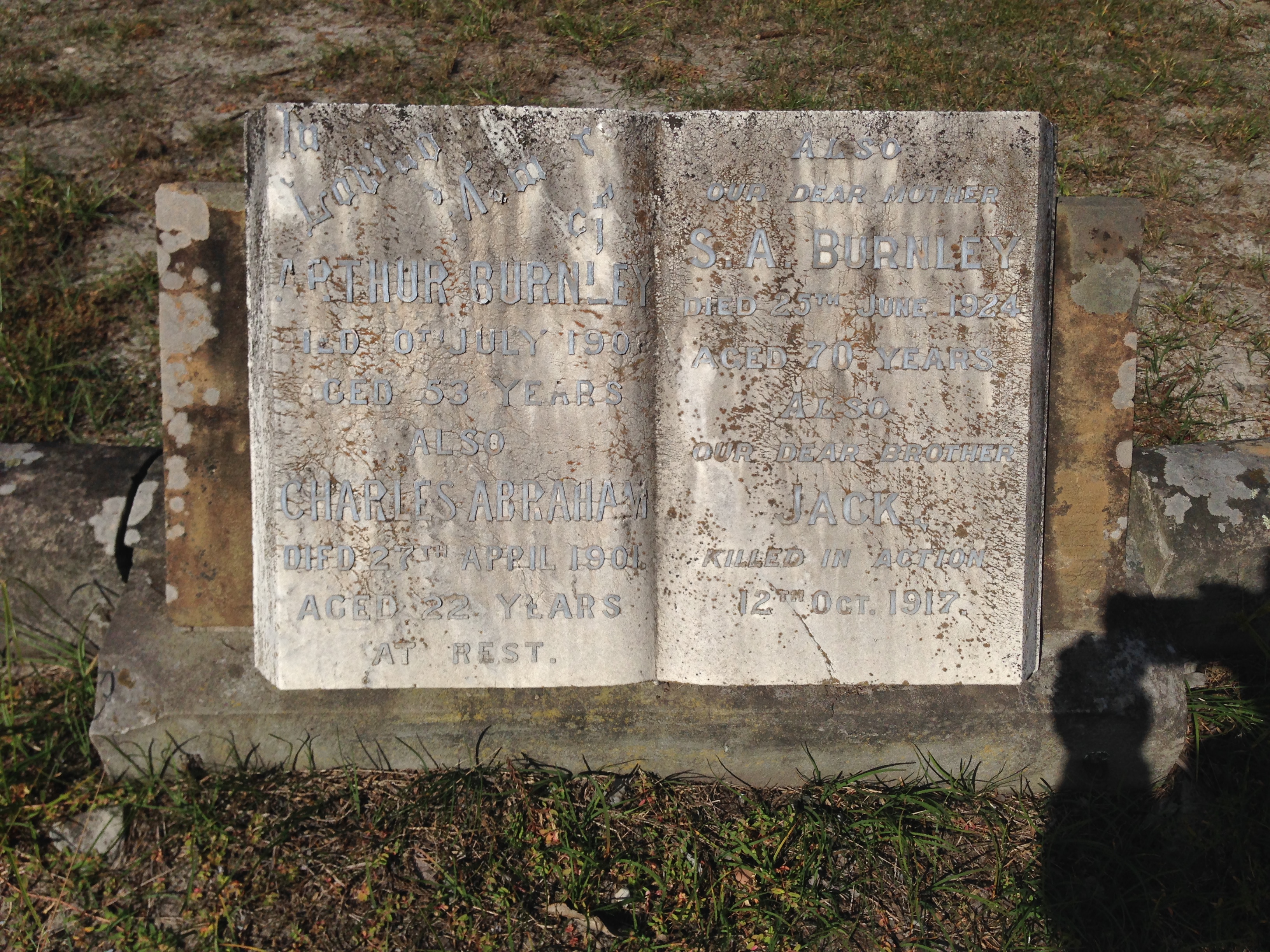 The NSW government in Act No. 30, 1906, passed the “Second-hand Dealers and Collectors Act, to

The low regard that people had for bottle dealers comes out in the second reading of the Bill, where Mr Wade says …

“Bottle-dealers and others of that stamp, from whose ranks many of the criminal class are drawn, and who, in their itinerary, are ever on the alert for what they can steal, will, under the bill, require to be licensed.”