New Lambton Council was incorporated on 9th January 1889. The council chambers shown in the photo below on Lambton Rd, New Lambton was constructed in 1890 and officially opened in 1891. The building was destroyed by a fire on 15th April 1931.The council then met for a while in temporary accommodation at 10 Cromwell St New Lambton.

Because of the economic depression, and the looming prospect of the merger of local councils into a Greater Newcastle Council, new chambers were never built, the mood of the time expressed in the council meeting of 24 June 1931 where

Mr. Watson spoke of the desirability of delay, as it was not an opportune time to build, as the ratepayers were handicapped by the depression, and the cry of inability to pay rates was very strong in the municipality.

Mr. Walter Valentine also addressed the council, and said that a Greater Newcastle scheme would make a new building at New Lambton a “white elephant.”

Instead of a new building, the house formerly occupied by the Town Clerk (to the right of the old chambers) was used for council meetings until the end of New Lambton council in 1938. 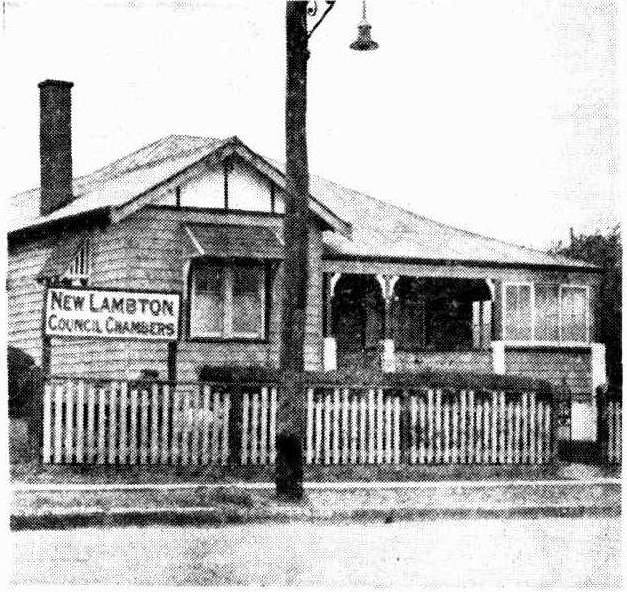 During World War 2 the council building was used by military authorities. After the war the building was leased and then eventually sold to the Lambton/New Lambton R.S.L. 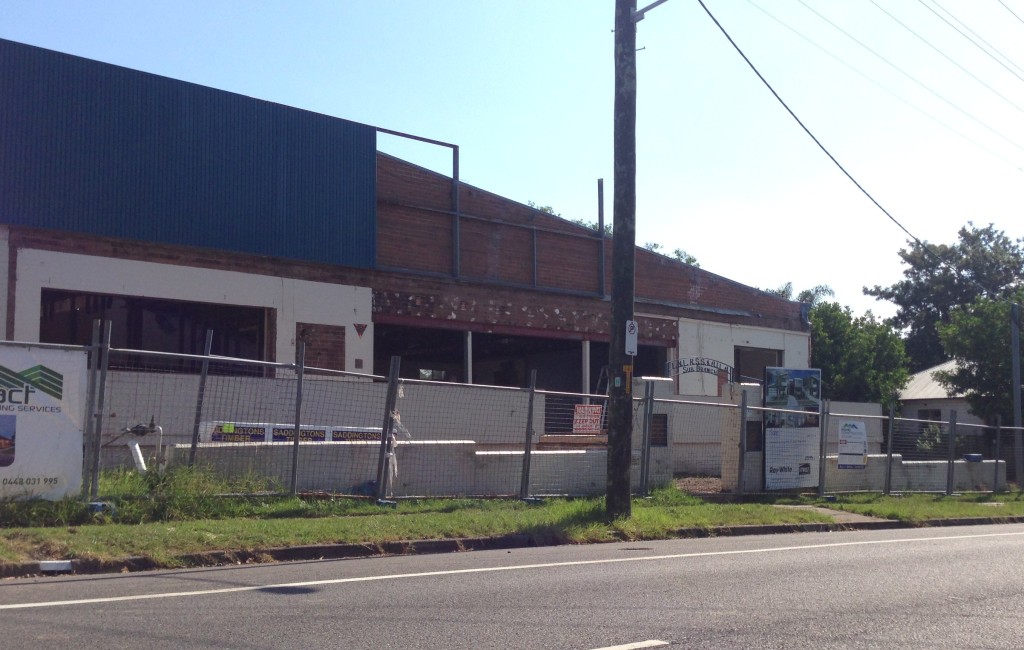