Adamstown Council was incorporated by a proclamation on 31st December 1885 published in the Government Gazette on 8th January 1886. A public banquet to celebrate the incorporation was held on Monday 25th January 1886, and the first election of aldermen took place on Saturday 6th March 1886.

The first meeting of the council took place in the Adamstown Mechanics’ Institute on Wednesday 10th March 1886, and Thomas William Weir was elected unopposed as Mayor for the ensuing year. 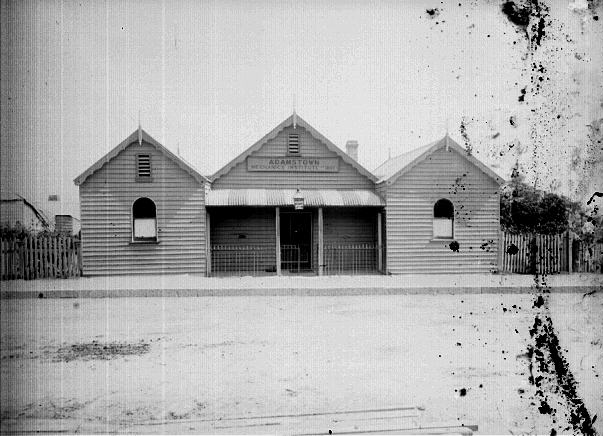 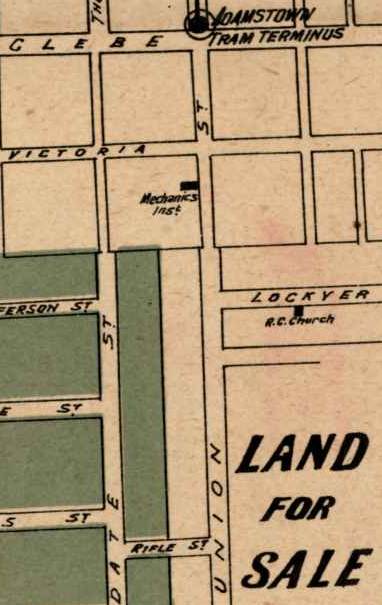 The wooden Mechanics’ Institute building was removed in 1928, as part of the widening of Union Street, and a new brick building was erected on the same site that year. The Adamstown RSL took possession of the building in May 1942. 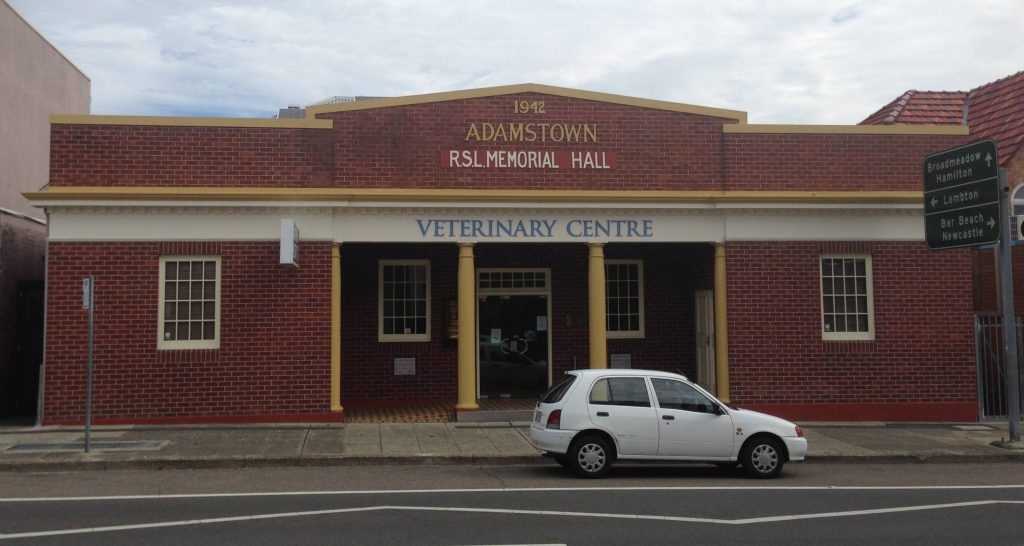 At the second meeting of the council on 19th March 1886, the Mayor raised the need for dedicated council chambers, due to the “the institute only being available for a month”, and the council decided that “advertisements for a council chamber should be inserted” into the newspapers. At a meeting on 26th March 1886, six tenders were receive, and “Mrs. Love’s tender was received for 8s per week”.

April 1886 was a brief period when the Mechanics Institute hall was unavailable, and the new council chambers was not yet ready. The council therefore held its meetings that month in the Royal Standard Hotel. (Some of the reports refer to the meetings being in the Royal Oak Hotel, but I suspect that is an error, as I can find no other reference to a hotel of that name in Adamstown at that time.) The Royal Standard Hotel was on the corner of Victoria Street and William Street. (William Street was an earlier name of the section of Gosford St south of Glebe Road, as shown by an early subdivision drawing.) A building with a nameplate of “Royal Standard House” still stands on the south-east corner of Victoria and Gosford Street. 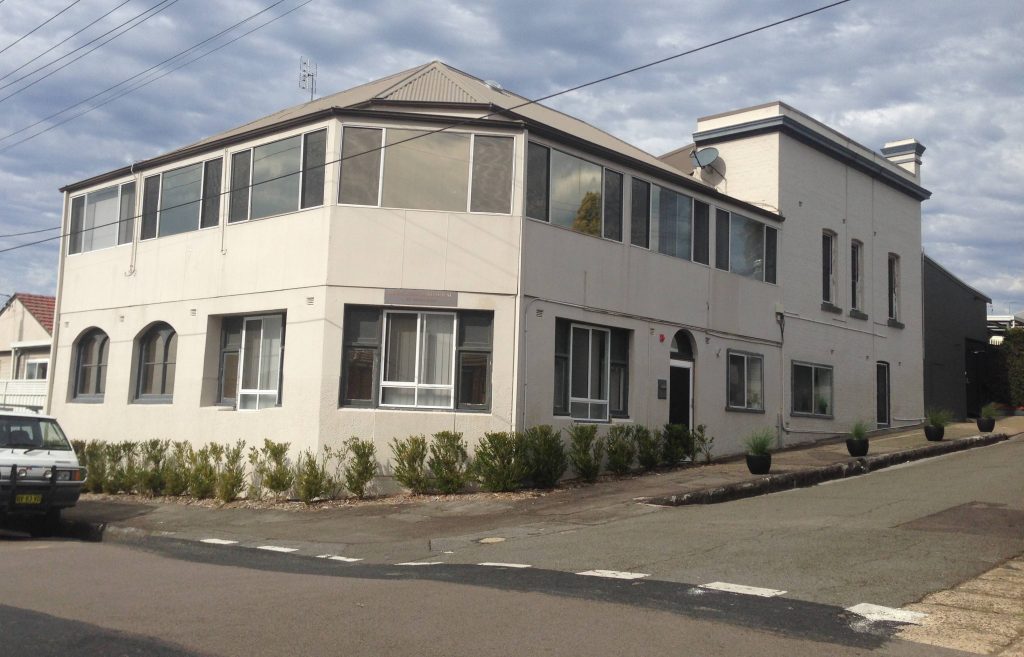 From 13th May 1886 the council met in new chambers in Victoria Street. The Newcastle Herald reporting on the new building noted that it

is situated in Victoria street, near the Post-office, and directly opposite the police station. It is a weatherboard building, 30ft. by 13ft., lined and ceiled, and will, when painted and properly furnished, be a comfortable meeting room.

In March 1936, the Newcastle Morning Herald had a feature on the jubilee of Adamstown Council, that included photographs of the buildings in Victoria Street that served as the first council chambers and post office.

New council chambers were erected in 1892 in Narara Road, and officially opened on 22nd August 1892. A report on the opening ceremony described the building as follows:

The new council chambers are situated at the corner of Narara and Kyle streets, on nearly a quarter of an acre of land given to the municipality by the Government some time ago. The building is of brick and cement, the design being in the Renaissance style of architecture. It has a frontage of 38ft to Narara-street, and 35ft to Kyle street, the total cost being about £450, the actual contract price amounting to £448. The front to Narara-street is some 20ft in height, with semi-circular and semi-eleptical arches supported by strong piers, and surmounted with a nice entablature having circular balustrading. A verandah is built in the front, from which public meetings may be addressed. The interior of the building is divided into two parts by a hall 5ft wide. On one side are the rooms for the Mayor, the council clerk, and inspector, the other portion being devoted to the council chamber, which is 27ft by 18ft, and 12ft in height. The contractors for the building, who have not yet completed their work, are Messrs. King and Cleave, the architects being Messrs. Bennett and Yeomans, who are also going to build the Hamilton municipal chambers. 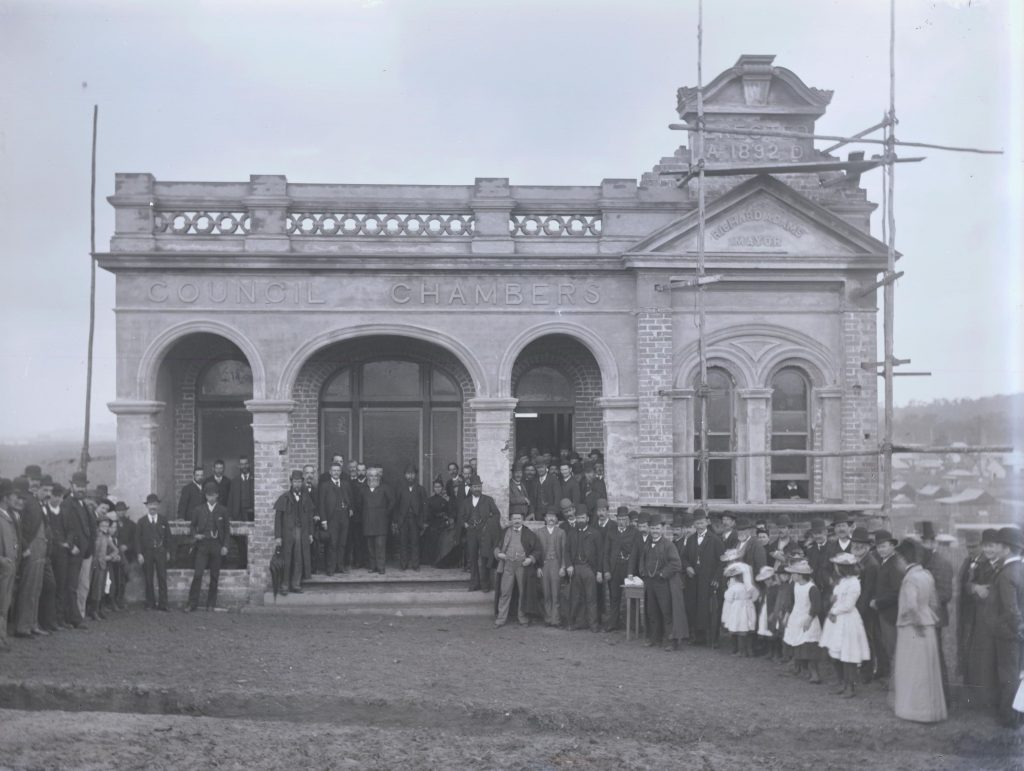 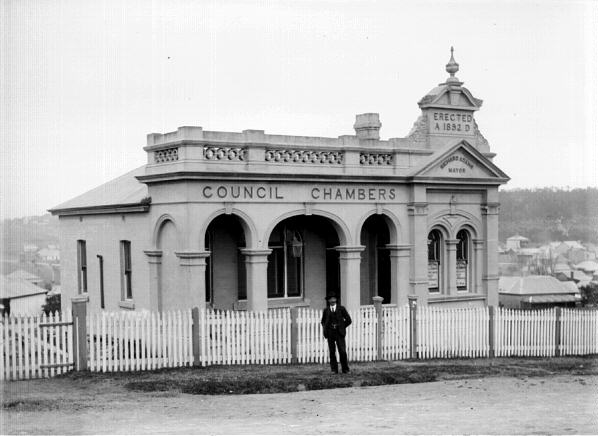 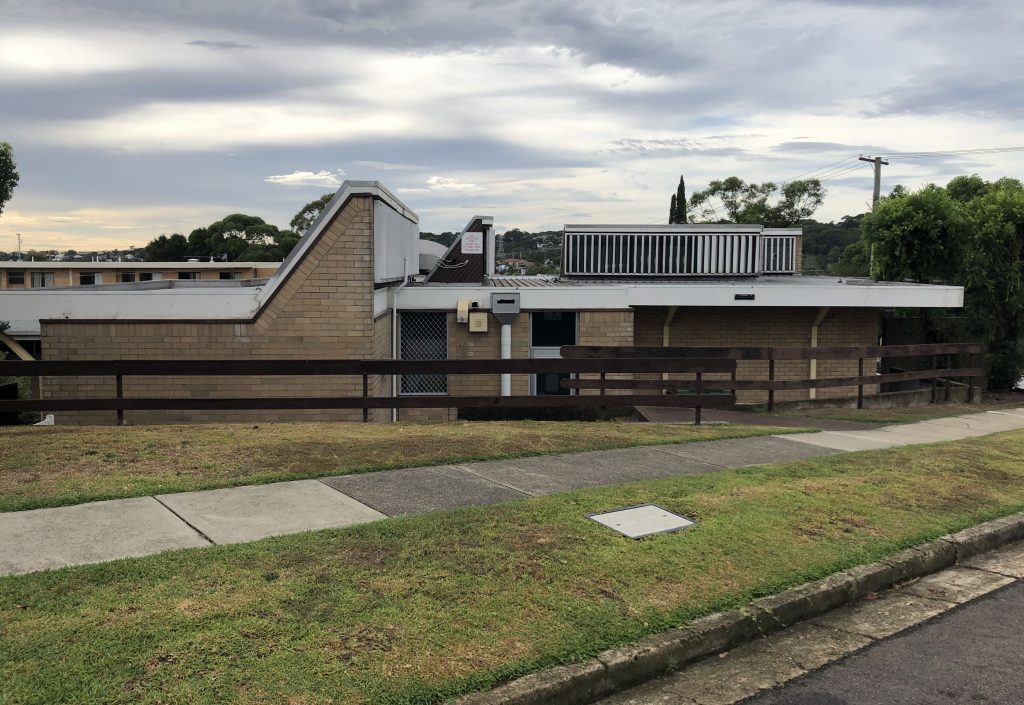 The portion of a 1928 Craigie’s map of Newcastle shows the location of the council chambers behind the post office, on the corner of Kyle Road and Narara Road. 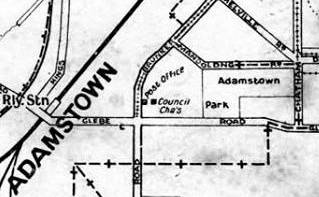 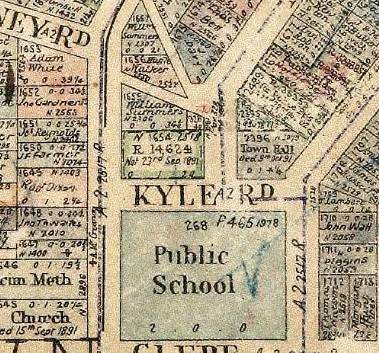 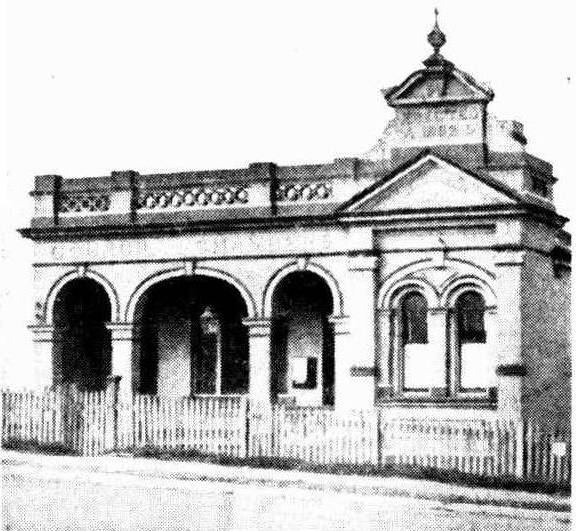 In November 1947, the building was used as emergency housing for the Sorby family, who had been recently evicted from their home, and were living in a tent in Merewether. In 1949 the Nix family moved into the stables behind the council chambers. and remained there for six years before being evicted in March 1954. 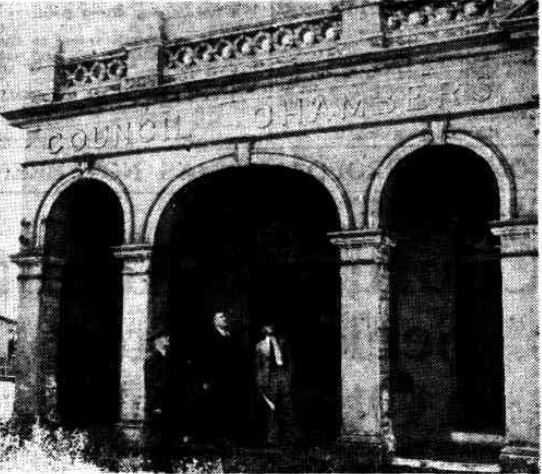