If I were elected to office …

I’d put a big fat tax on bottled water and use the proceeds to install and maintain drinking fountains (bubblers) in public places and parks. When I was a lad they used to be everywhere, but they’ve slowly disappeared from the public landscape.

To move forward to past ideas, Vote 1, Me. 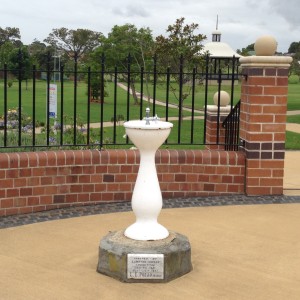 Update 14 Feb 2010: Nice to see that after an upgrade of the south western entrance to Lambton Park, they reinstated the drinking fountain.