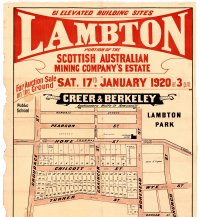 The National Library of Australia also has a collection of real estate sale posters from Creer and Berkeley, of which about 130 are not in the University of Newcastle archives.

To make these maps easier to locate, I have constructed a ‘visual index’ using Google Maps. Click on a shaded area in the map below to see links to map images for that area. You can also view the visual index in full-screen mode.

What’s the use of these maps?

I’ve been making use of these real estate maps for three or four years now, and never realised how big they were. I had just assumed they were about A4 or A3 size, but in the Local Studies section of Newcastle Library today I saw some of these posters in the flesh, and they are indeed poster sized. 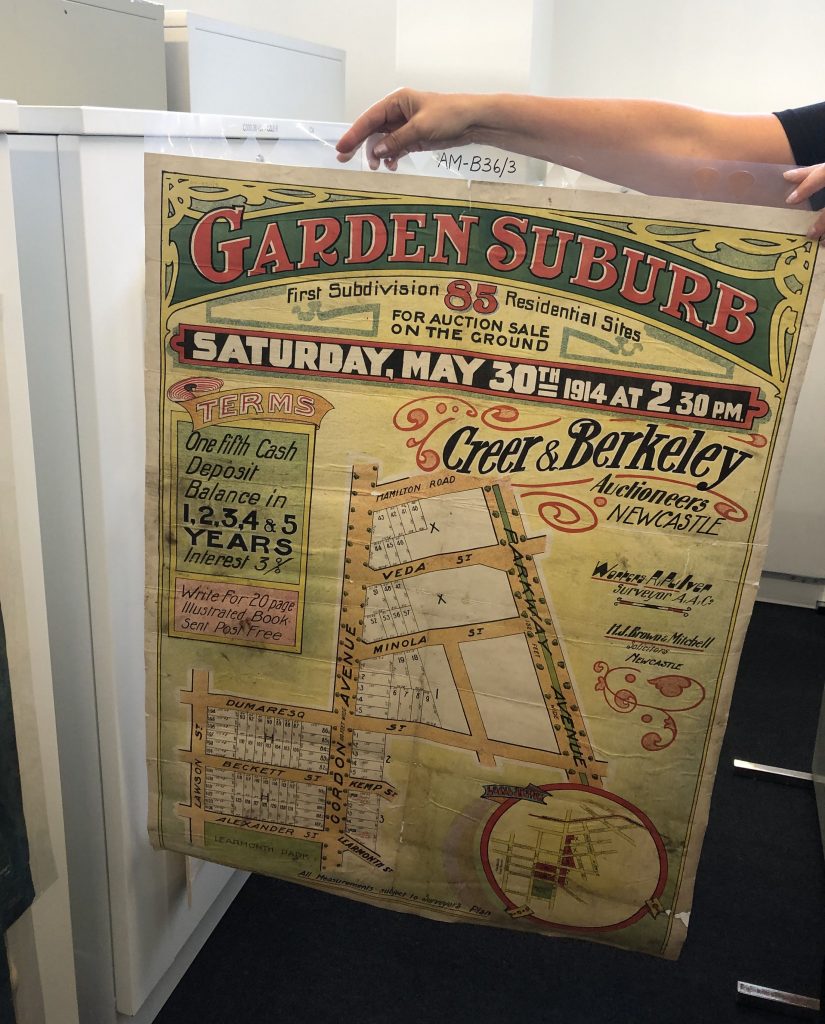