Merewether Council was incorporated on 20th August 1885, and published in the Government Gazette on that same day. The first election of 9 aldermen from a field of 18 candidates was held on 26 October 1885 at the Merewether Mechanics’ Institute  (School of Arts) building, Glebe. Immediately following the official declaration of the poll sometime after 6pm that night, the first meeting of the newly-elected alderman was held, for the purpose of choosing a Mayor. Thomas Kempster was elected unopposed as Mayor.

The building has an interesting history, for it was originally opened as a Protestant hall, and later became the Merewether Council Chambers, until new quarters for the council were erected. The Protestant hall, which is now the main hall of the building, was opened in January, 1879, having been built by Mr. H. Caddy, of Newcastle. Within two years of this date, residents decided to do something about the erection of a mechanics’ institute, and in February, 1882, the building was reopened as the Glebe and Burwood Mechanics’ Institute. When the municipality was incorporated in 1885, the first meetings of the new council were held in the institute hall, and later a separate room, now used as a reading room, was built for the council, which continued to meet there until September, 1894, when a new building in Llewellyn street was opened. The name of the Mechanics’ Institute was subsequently changed to the Merewether School of Arts, and in 1914 the site of the building was purchased from the Merewether estate.

The Merewether Mechanics’ Institute (School of Arts) was located in Railway St on the land that is now the car park of the Merewether Motel at 231 Glebe Rd. The Australian and Decorative and Fine Arts Societies has a publication detailing the history of the building. The School of Arts building is shown on an 1897 Water Board map. 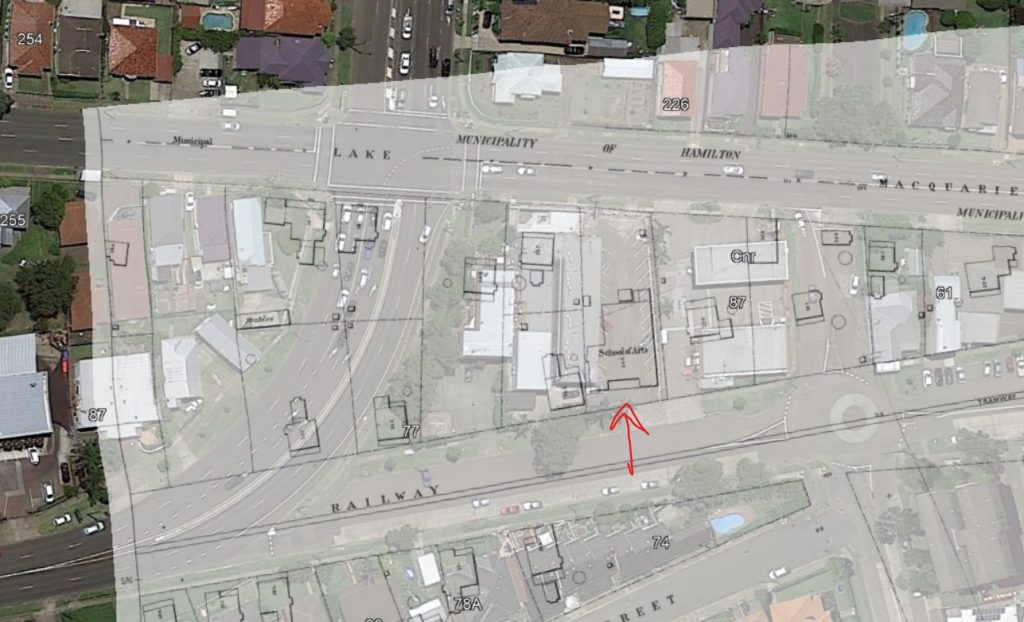 Location of Merewether School of Arts building on an 1897 Water Board Map. Hunter Living Histories.

The building can be seen in this 1944 aerial photograph. 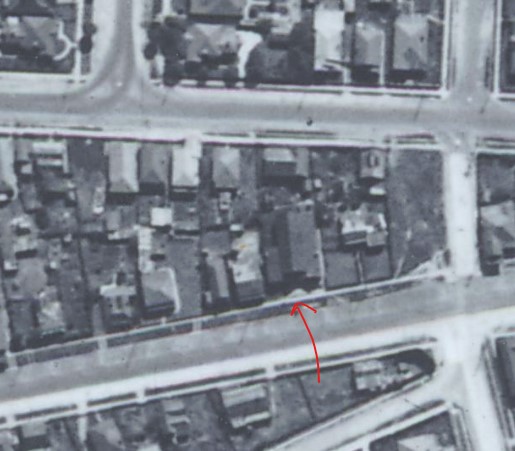 Merewether School of Arts building in Railway Street in 1944. 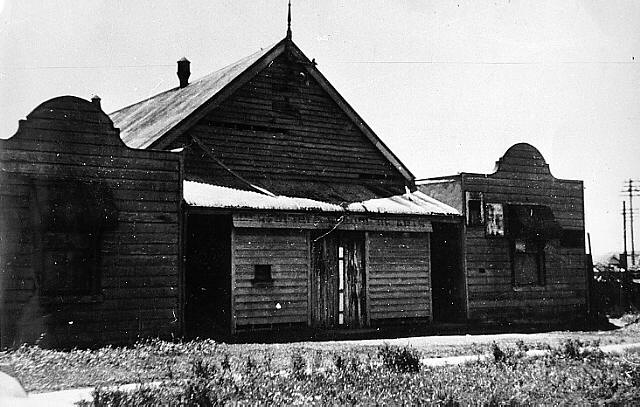 A new dedicated Council Chambers building was constructed with weatherboard in 1894 in Llewellyn St and officially opened on Friday 7th September 1894.

A real estate map shows that in 1918 the council chambers were located at 41 Llewellyn Rd, between St Augustine’s church and the fire station. I’m guessing that in the photo above, the ladder structure in the background was associated with a fire station next door. 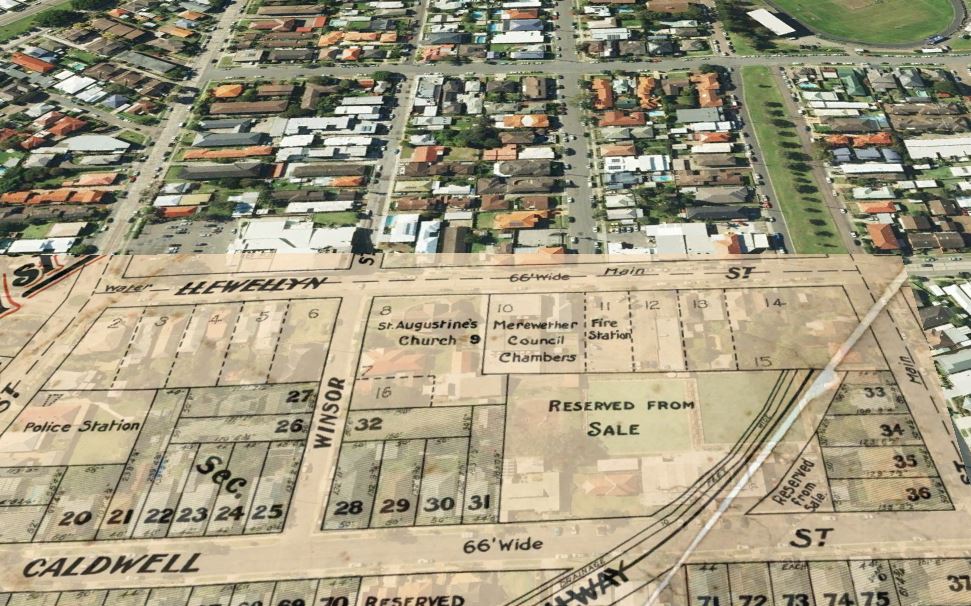 In September 1922 a tender was advertised for the erection of new council chambers. The chambers were built by the end of that year and were officially opened on 20th January 1923. The old wooden council chambers building was then dismantled, and re-erected on Merewether Beach for the use of the Merewether Surf and Life Saving Club. 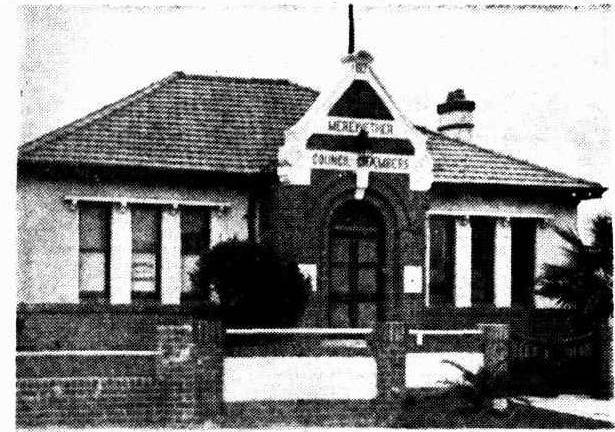 In 1950 the the former council chambers brick building in Llewellyn St was sold to the Merewether R.S.L. sub-branch for £1200. 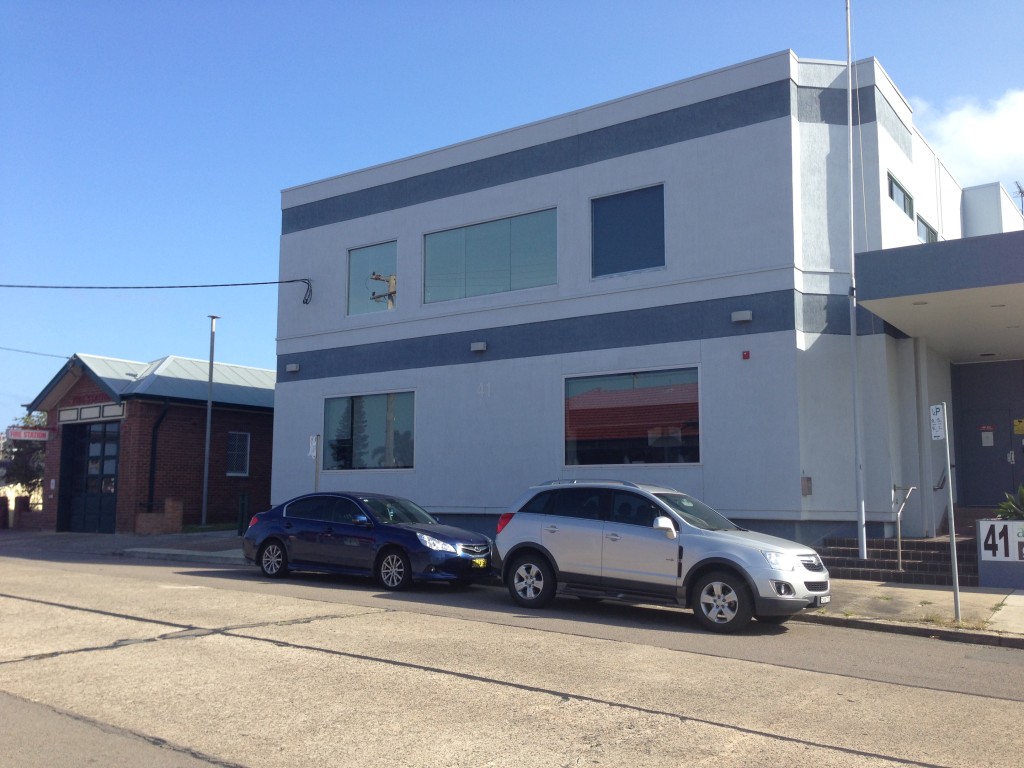 The site of the former council chambers, April 2016. The fire station is still next door.

New council chambers were opened in 1923.