Despite the fact that I specifically wrote myself a blog article as a reminder to myself to never turn on iCloud music syncing on my phone, Apple tricked me with the latest iOS update. After updating to iOS 13 the music app displayed a warning that “Library Syncing is Off. Turn On”. In my haste to dismiss the message I tapped “Turn On”, then moments later realised that this was the dreaded iCloud sync under a different name.  I quickly turned if off again, but not before the sync had removed the star ratings I had applied to hundreds of my tracks. 🙁

Dear Apple, you may have removed the name “iCloud” from the sync, but it’s still crap. 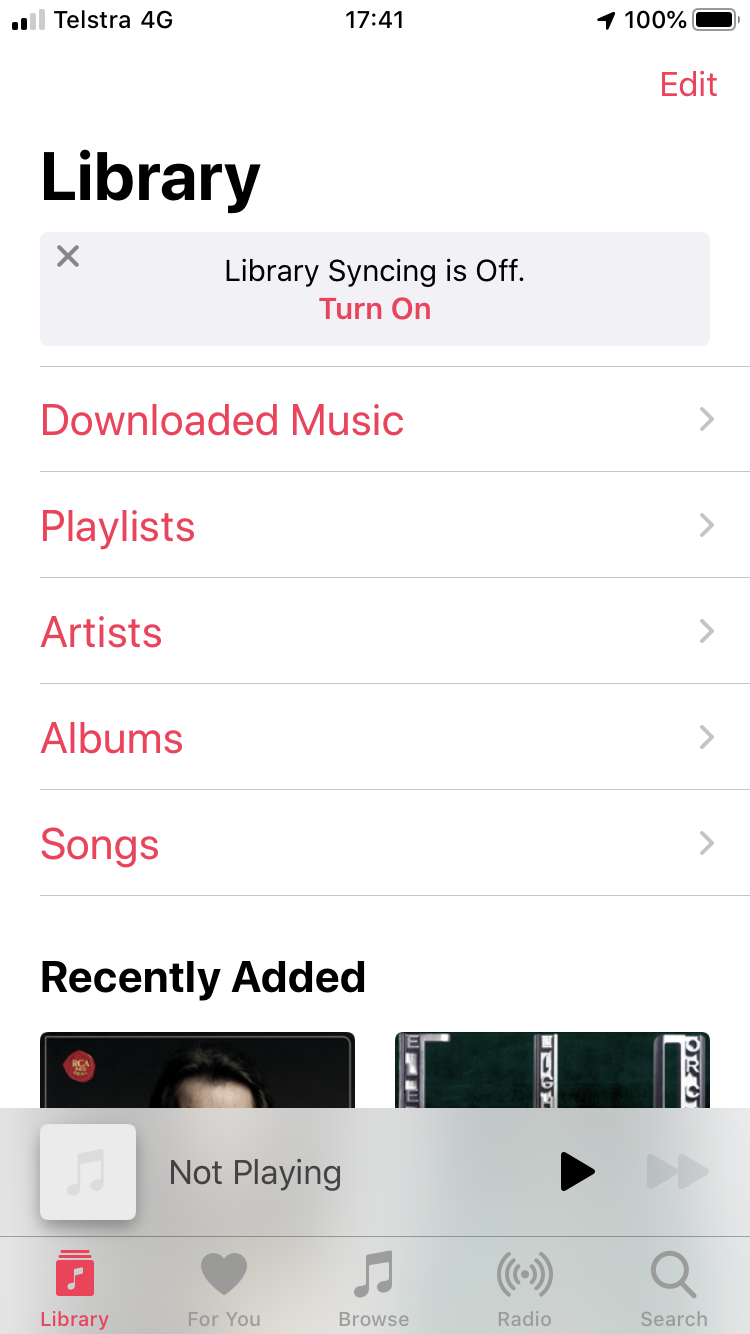