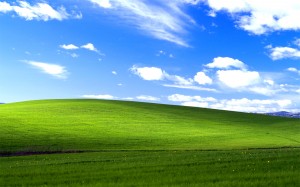 Today, 8th April 2014, Microsoft stops support for Windows XP, which is a bit sad. I always had a fondness for Windows XP, being the first decent, stable, consumer operating system from Microsoft. Over time I even got used to the Teletubby themed default wallpaper. I still have 2 PC’s at home running Windows XP and for what they do (basic web browsing, looking at photo’s, watching TV) the OS performs as well now as it did when it was released.

I really don’t want to upgrade to Windows 8, and the hardware on those PC’s would struggle with Windows 8 anyway, so I’m still undecided whether to retire them, replace them, or upgrade them.