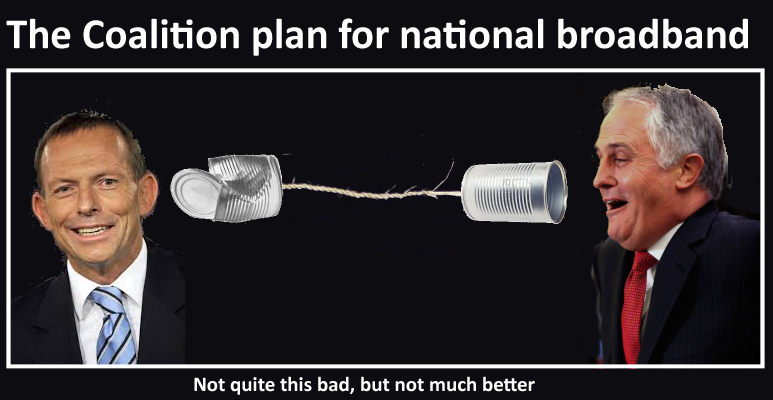 The federal Labor party have announced funding of $52 million (half the the cost) towards duplicating the Tourle St bridge to make the crossing 4 lanes in total.  The crazy thing is that when the new double lane bridge was being built a few years ago by the state Labor government, an extra $15 million would have gotten us a 4 lane crossing from the start. Now the cost of those two extra lanes is $104 million!

This cogently illustrates a principle of infrastructure development – doing it on the cheap is always more expensive in the long run.

So when it comes to a major infrastructure development such as national broadband, the Coalition’s plan of using Fibre To The Node (FTTN) then the existing copper network to the home, is a classic example of cheapskate infrastructure development. Yes it will be delivered faster than Labor’s Fibre To The Premises (FTTP) plan, and it will be cheaper in the short term – but, FTTN is a solution that will last 5-10 years, whereas FTTP will be good for 50-100 years.  In 10 years time when the demand for bandwidth has outstripped the capacity of the FTTN network, Tony Abbott’s cheapskate plan is going to look rather foolish.

1 thought on “Bridges and Broadband”