Many cyclists and pedestrians travelling the path between Croudace St and Jesmond Park are unaware that the rock cutting was constructed in 1886/1887 for the Newcastle to Plattsburg (Wallsend) tram line. As early as 1881, deputations from the local councils were visiting the Minister for Works in Sydney, urging the government to construct a tramway from Newcastle to Plattsburg, to provide a cheaper alternative public transport to the expensive horse drawn omnibuses.

Although a preliminary survey of the tram route was completed in 1882, it wasn’t until 1886 that construction commenced. Most of the construction was straightforward, the 8 mile route being mostly over level ground, however the hill between Lambton and Jesmond was a considerable barrier. The Newcastle Herald of 8th September 1886 in reporting generally good progress in the construction noted that “there are some very heavy rock cuttings on the hill beyond New Lambton, and some time must elapse before the work on this portion is finished.”

Construction finished in June 1887, and after a few trial trips, the tramline quietly opened for public traffic, without fanfare or opening ceremony on 19th July 1887. The original trams were steam driven, and operated seventeen journeys each direction on each week day. The line was electrified in 1925 and continued to operate until the last tram ran on the 6th November 1949. 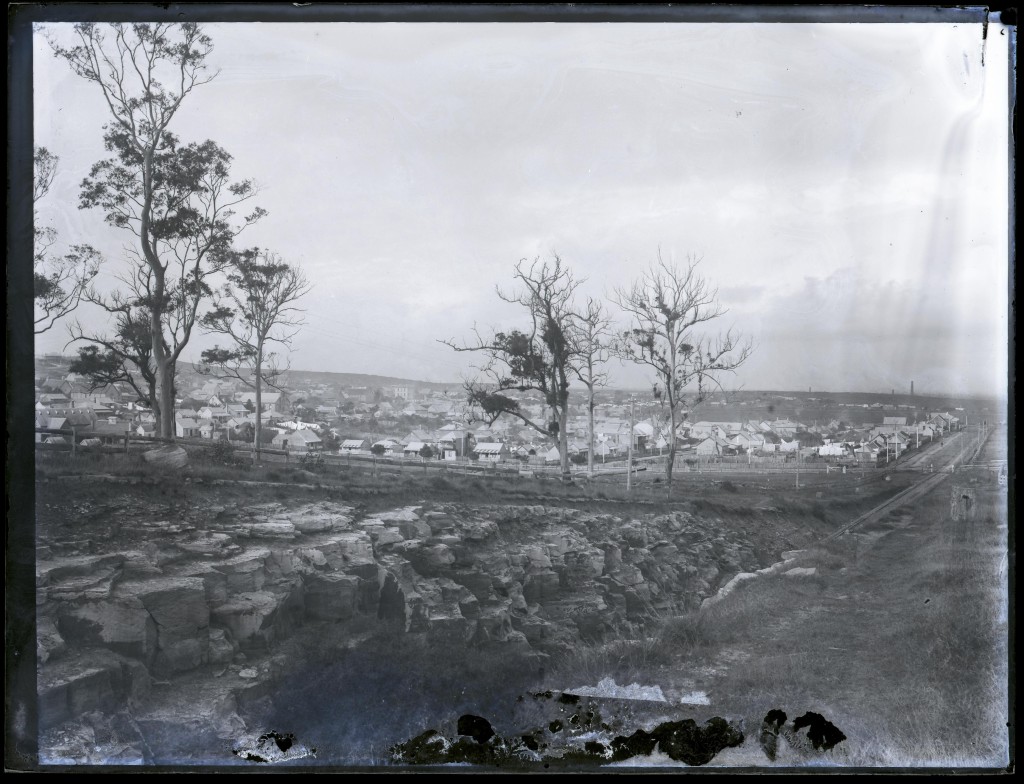 The old photograph of the tramway cutting is undated, but is somewhere between 1887 and 1890, as in the distance in Lambton Park we cannot see the rotunda, which was constructed in 1890. Replicating this scene exactly in a modern photo proved somewhat difficult, as trees and bush now cover the spot where Ralph Snowball took his shot. 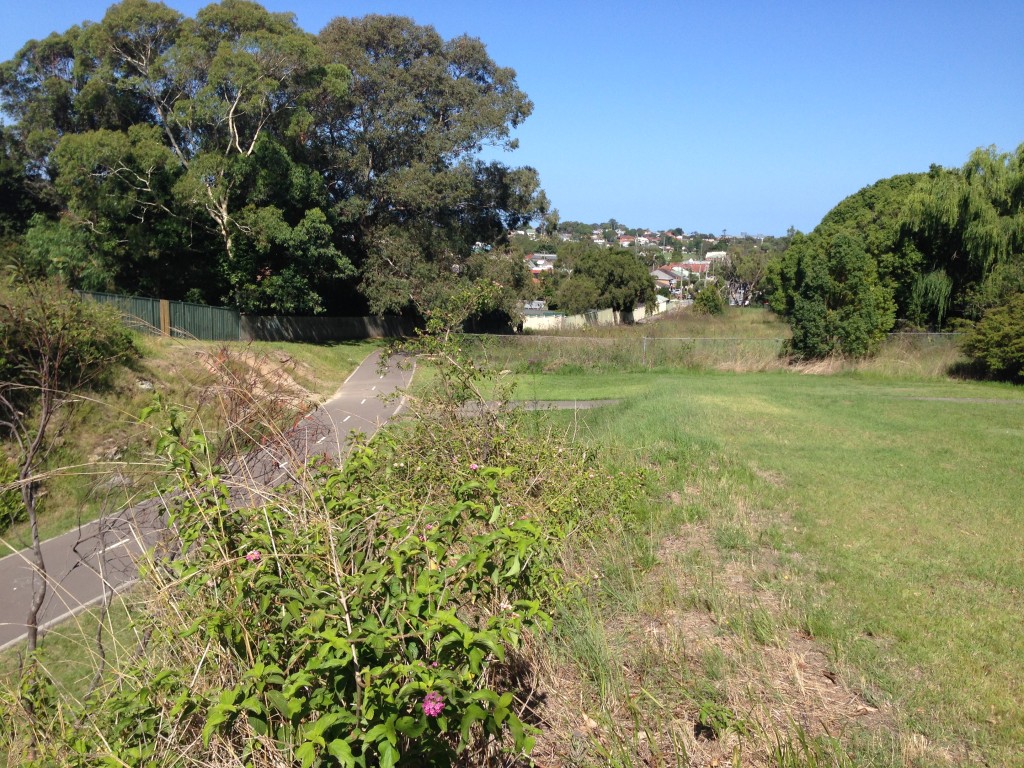 The article above was first published in the March 2015 edition of the Lambton Local.

In the original article above I noted that the date of the old Snowball photo of the cutting was in the range 1887 to 1890.  I have subsequently noticed that the photo shows lots of new electric light poles, which means the photo can be more accurately dated to the first six months of 1890.