The Great War had been fought for little over a year, when Henry Burg and Thomas Pease of Lambton called a public meeting in September 1915, to form a committee to provide a “send-off to our boys for the front” and to welcome home wounded and invalided soldiers. Just two weeks later the committee was at work, farewelling Private J Mitchell at the Marquis of Lorne Hotel. Thomas Pease’s involvement in the committee soon took on a personal aspect, when his younger brother Harry enlisted in November. How much that affected his own decision, we don’t know, but in January 1916 Thomas also enlisted. In March, the send-off committee presented Harry and Thomas with inscribed wallets, and on 1 May 1916 the brothers embarked together from Sydney on the steamship Benalla. Even as they sailed, Thomas’ wife Mary was busy at home fundraising for the Ladies’ Anzac Club.

The brothers arrived in Salisbury Plains, England, where they trained for several months before departing to France in November. Thomas was at the front for just four months before being repatriated to a hospital in England, suffering chronic synovitis, a severe inflammation in his knee. Shortly afterwards came the news that Harry had been shot during action, and had died of his wounds on 30 May 1917.

Thomas’ health did not improve, and he was sent home. He was accorded a public welcome in the Coronation Hall in October 1917. One year later, the foundation stone for the Lambton Park Memorial Gates was laid, and in the following months Thomas saw his own name, and that of his deceased brother Harry engraved on the gate pillars, alongside 138 other Lambton soldiers. The war ended and the men came home, each to an enthusiastic welcome from the citizens.

In March 1920, the returned soldiers held a banquet in gratitude for “the excellent work of the patriotic bodies of Lambton.” The president of the organising committee? Mr Thomas Pease. 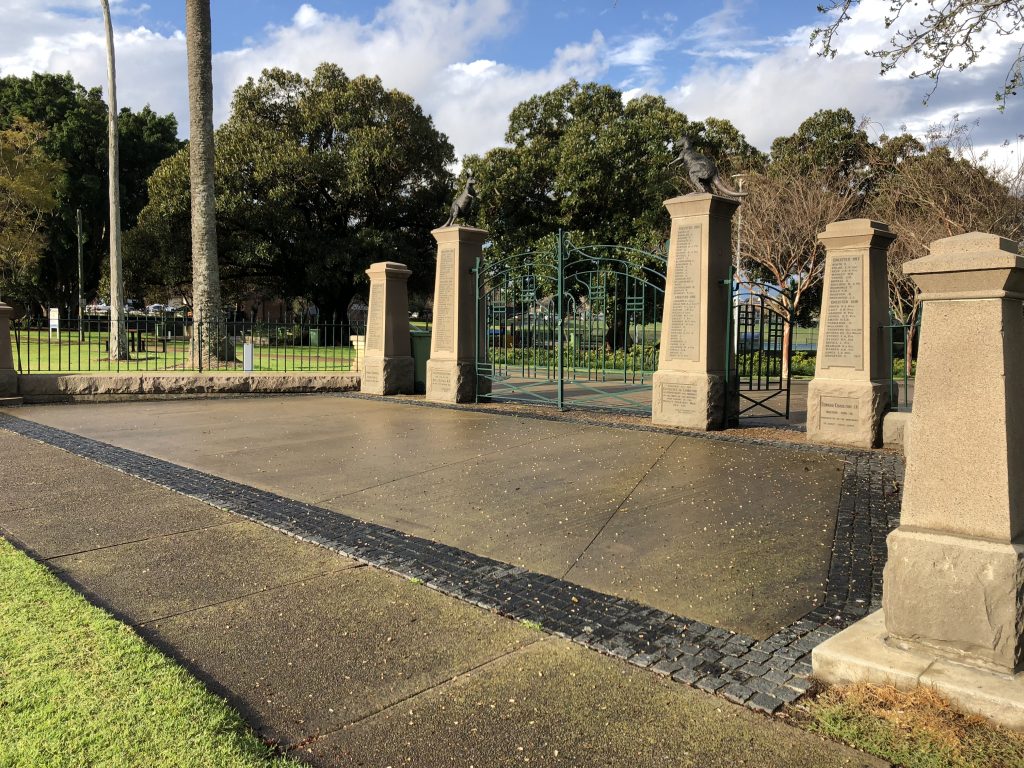 The article above was first published in the October 2018 edition of The Local.