Where does Lambton stop and New Lambton start? Now it’s hard to tell, but the gap between them was once more open.

The photo below is of New Lambton, taken from Lambton near the present day junction of Womboin Rd and Wallarah Rd, probably in 1906. In the foreground is the Lambton colliery railway, and on the flat beyond can be seen the remains of a curved embankment, where the New Lambton colliery railway once ran. These rail lines were not only a division in the physical landscape, but also emblematic of the divide between competing coal interests.

The same scene in 2014. Harker Oval (formerly “New Lambton Oval” is behind the trees, behind the distance.

The Scottish Australian Mining Company opened the Lambton colliery in 1863, but due to an oversight in failing to pay rent to the government, their rivals, James & Alexander Brown snapped up the rights to mine coal to the south of Lambton. To add insult to injury, the Brown’s called their operation “New Lambton” colliery, and the owners of the original mine were even less impressed when the public started referring to them as “Old Lambton”.

Culvert over Lambton Ker-rai creek, over which the Lambton colliery railway once ran.

This rivalry of course meant that there was no question of co-operating in the matter of railway lines, the Lambton mine owners refused to give permission for the New Lambton railway to cross or join their railway and as a result multiple rail lines snaked across Newcastle, carving up the landscape. The site of Lambton High School was once surrounded by three separate colliery railways!

The New Lambton line was removed in 1891, the Lambton line remained until the 1960s. The modern photo (right) is taken a little further west than Ralph Snowball’s, and shows the last visible remnant of the Lambton colliery line in this culvert over Lambton Ker-rai Creek, behind the Allambie Court retirement units.

The article above was first published in the April 2015 edition of the Lambton Local.

My thanks to Robert Watson for his assistance and inspiration and contribution to this article. 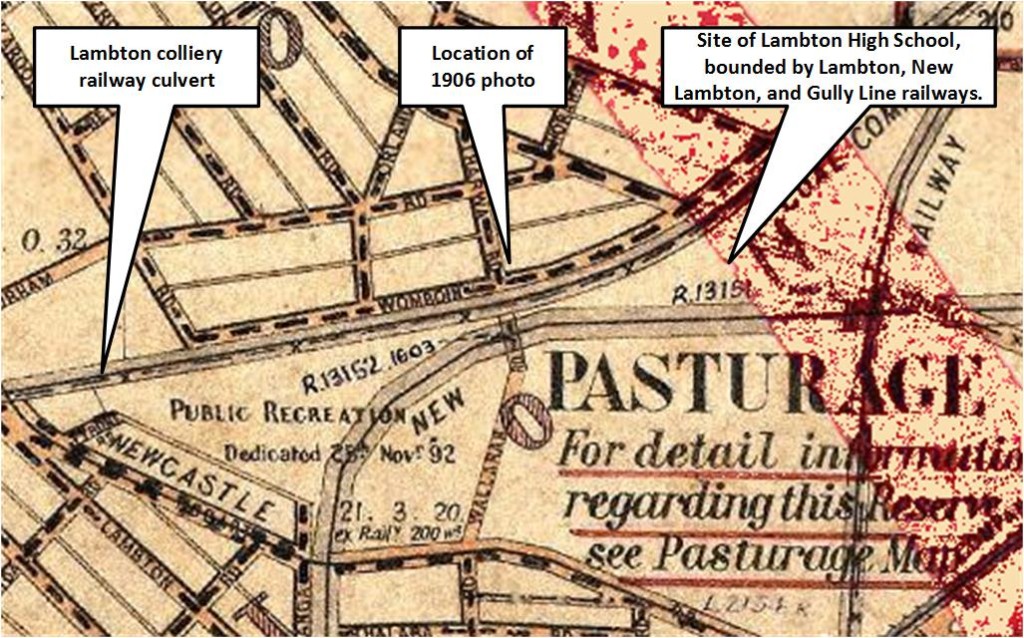 Parish Map showing colliery railways. Click on the image for the full map.

This portion of a 1900-1909 map of coal properties shows the intricate web of railways that carved up the Newcastle landscape. 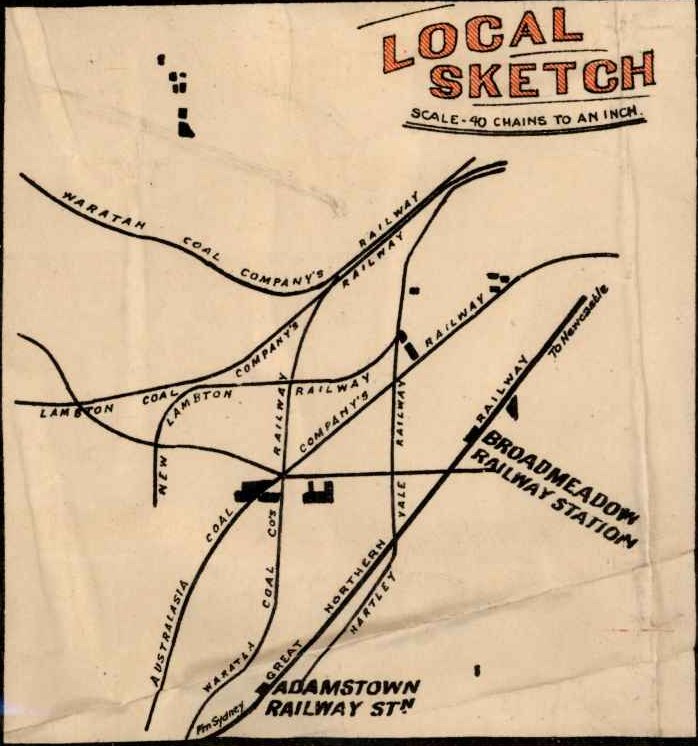 This map, from a real estate sale poster in 1918, illustrates how a location wasn’t described in terms of an address, but where it fit in relation to the web of railway lines criss-crossing the land. University of Newcastle, Cultural Collections. 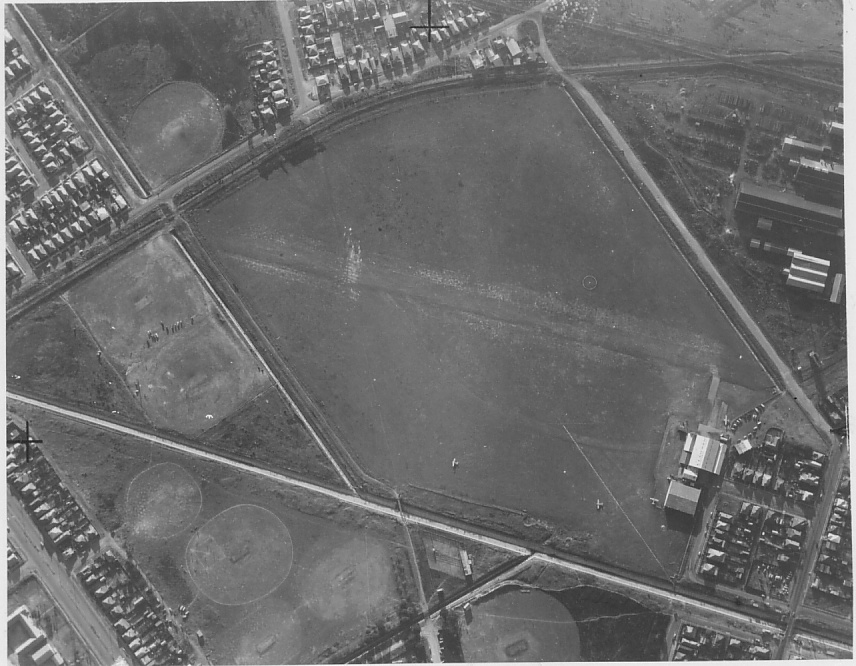 In this undated aerial photograph of Newcastle Aerodrome at Broadmeadow (present day site of Hunter Stadium) you can see the faint outline of where the New Lambton Railway used to run. 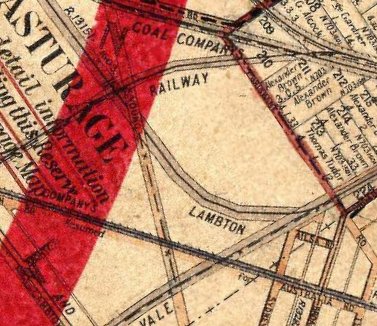 This portion of an old map shows the same area as the photo above.