Matthew Charlton, who lived in Lambton for most of his life, rose to prominence in the Australian Labor Party, serving as federal opposition leader for six years in the 1920s. He was born in 1866 at Linton (near Ballarat) in Victoria, but moved with his family to Lambton at the age of seven. He attended Lambton Public School, then at age 14 commenced work in the Waratah Colliery as a “trapper”, whose job was to open and close the ventilation trapdoors in the mine to allow coal skips to pass through.

Charlton worked in various mining jobs and became involved in union politics and leadership. In 1903 at the urging of his union colleagues he contested and won the seat of Waratah in the NSW Legislative Assembly. In 1910 he switched to the federal arena and won the seat of Hunter. In January 1922 he became leader of the opposition when the previous leader Frank Tudor passed away.

Charlton went on to contest and lose two federal elections as opposition leader, in 1922 and 1925. He resigned from parliament in 1928 and retired in Lambton, continuing to live in the house he had built in High Street in 1905. He moved to Chilcott St in the 1930s and made a return to politics with a term as alderman on Lambton Council (1934-38), thus completing the trifecta of serving at all three levels of government – local, state, and federal.

Charlton was an active participant in the Lambton community and a patron of organisations such as the Mechanics’ Institute and the Bowling Club. He had an interest in local history, presenting a talk in 1937 to the Newcastle and Hunter District Historical Society on the early days of Lambton.

Matthew Charlton died in his home on 8th December 1948 aged 82, survived by his wife Martha, and was buried in Sandgate Cemetery. 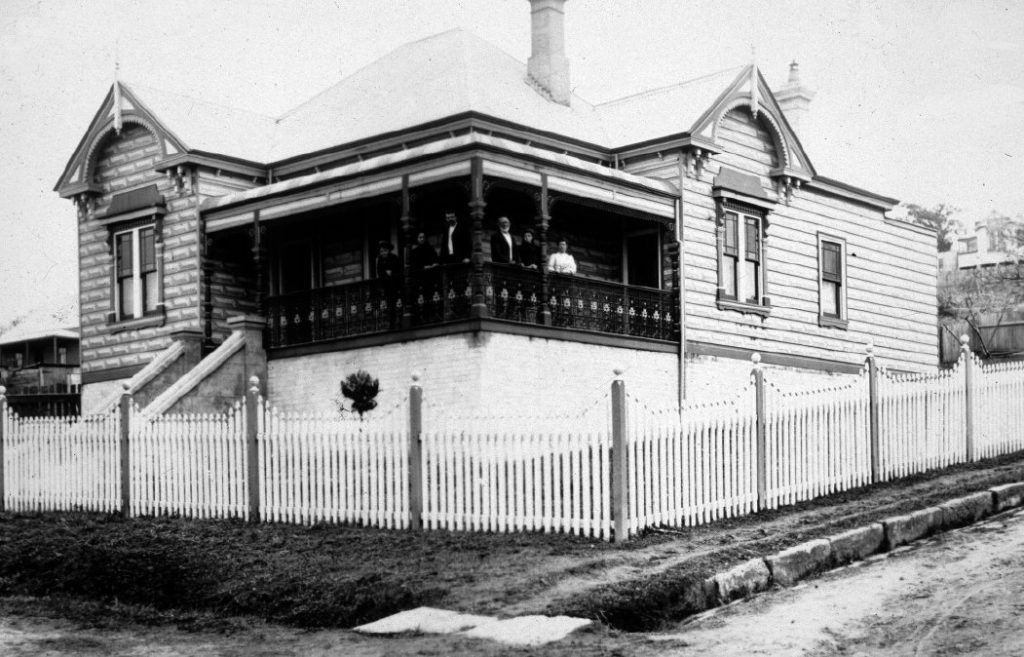 The article above was first published in the September 2016 edition of the Lambton Local.

It seems that Matthew Charlton was well regarded by all who had dealings with him. His good character is described in a newspaper article in 1910 after his transition from State to Federal politics …

“He is a Labour member of the best type, moderate in his views, temperate in speech, and considerate to those who disagree with him.”

In another article in 1910 he is described as …

“Honest, fearless, faithful, and able, he will win his way in the
Parliament of Australia, and will command the respect of all he may meet there.” 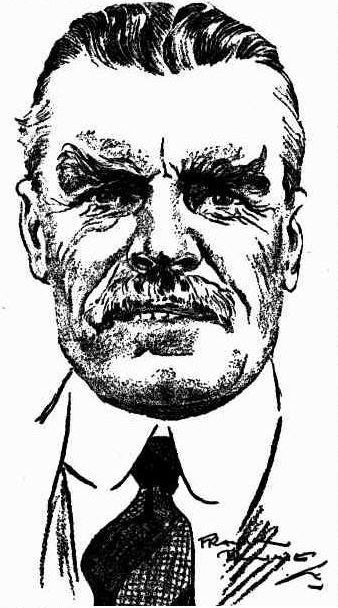 This illustration of Matthew Charlton appeared in 11 Oct 1925 edition of “The Truth” newspaper, in the lead up to the November 1925 Federal election.

When did the Charlton’s move to Lambton?

The Australian Dictionary of Biography entry states that the Charlton family moved to Lambton in 1871 when Matthew would have been about five years of age, however at least three separate newspaper articles state that the move happened in 1873 when he would have been 7 years of age. (The Sun, 22 Sep 1928; The Australian Worker, 26 Sep 1928; Newcastle Morning Herald and Miners’ Advocate, 13 Jul 1938) An article in The Catholic Press on 19 Jan 1922, states that he was aged five when he moved to Lambton 53 years previously, but the maths in that article just doesn’t add up – 53 years earlier, in January 1869, Matthew Charlton was only two years old.

There is some uncertainty about Matthew Charlton’s first employment at Lambton Colliery. Some reports state that he began work at the pit-top, then progressed to an underground job as a wheeler, before moving to a job at the coal face.

Other reports state that he began work as a “trapper”, an underground job for boys operating the ventilation trap doors.

Trappers in a colliery are the youths who are in charge of the doors which are placed in underground workings as part of the ventilation system, and their chief duty is to open the doors to permit the passage of skips – the small trucks in which coal is brought from the working face to the surface. 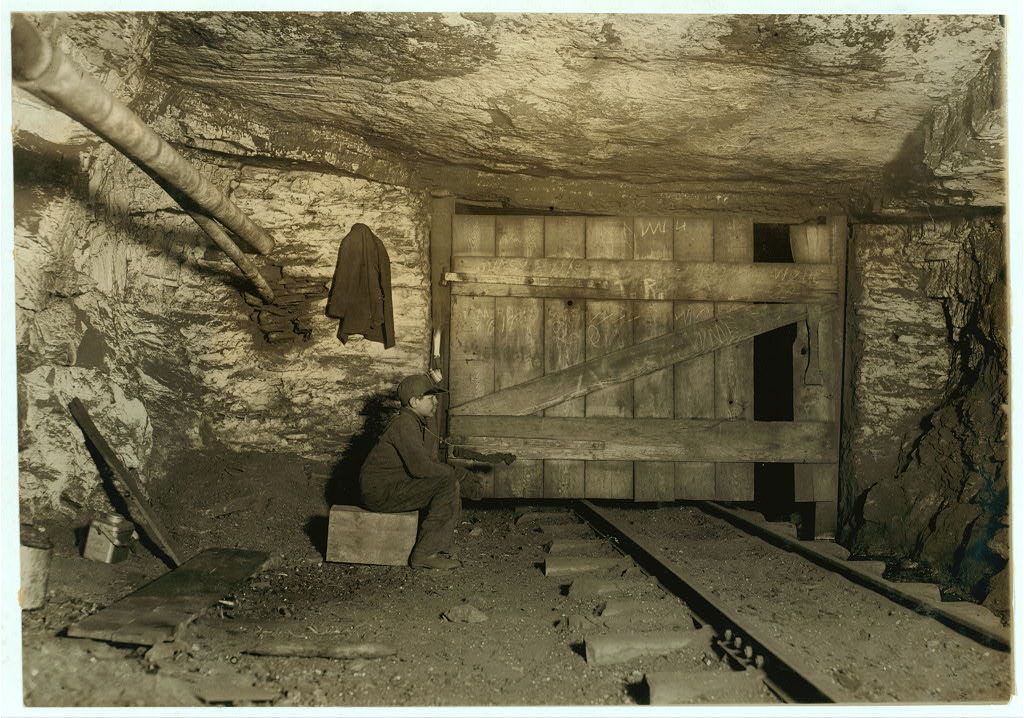 A trapper boy in a Pennsylvania coal mine in 1911. Photo by Lewis Wickes Hines. US Library of Congress item LC-DIG-nclc-01109.

Although he lived most of his life in Lambton, in 1896 Matthew Charlton moved to Western Australia, following his older brother Edward to the Kalgoorlie goldfields where he worked for two years. It was here that he first took an interest in union politics. 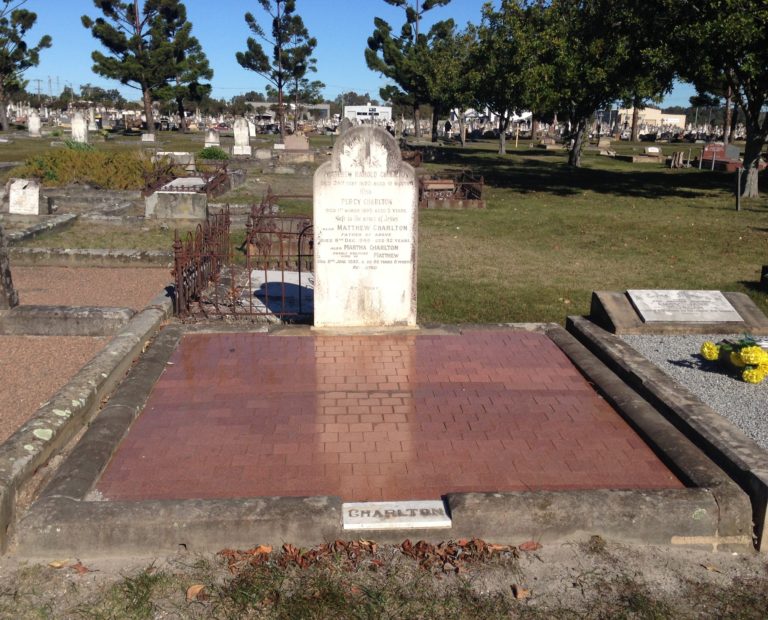 The great building ordinance kerfuffle of 1911

Matthew Charlton was involved in one of the biggest controversies in the history of Lambton Council. It seems that he had engaged builders to make an addition to his home without gaining the necessary council approval. The council then decided to make an example of Mr. Charlton, and also a Mr. Gibbs, and prosecute them for violating the building ordinance. In the ensuing public discontent over this action a vote of no confidence in the council was passed at a public meeting, and seven of the nine aldermen resigned from council. Four of the resigning aldermen immediately put themselves forward as candidates in the ensuing by-election, with three of them being re-elected, along with four new aldermen.