I love old maps. They are like a time machine allowing us glimpses of our past environment, and occasionally it is surprising to discover that something long gone has affected the shape of our present urban landscape. A good example is the area where Acacia Ave meets Griffiths Rd today.

The map above is from a 1906 poster advertising land for sale (the shaded areas) and shows that the Waratah Coal Company railway once ran along the present day Acacia Ave and a section of present day Griffiths Rd. What is now Lambton Rd and Traise St, was originally Waratah Rd which intersected the colliery railway at a spot known as “Betty Bunn’s Crossing”. The map reveals other interesting details such as the location of the Lambton Courthouse on Dickson St, and the names of various land owners along the rail line, such as T.G. Griffith.

But as with much historical research, old maps can pose as many questions as they answer. Lloyd Rd is shown in a dotted outline extending across Lambton Park. Was this a road that once was and is no more, or a road that once was meant to be, but never was? Why was the railway intersection known as Betty Bunn’s Crossing? Was Griffiths Rd named after T.G. Griffith?

For all these questions, there is one answer that I find most satisfying. On the corner of Griffiths Rd and Kahibah Rd there is a building with a bend, because the block of land is bent, because it was once hemmed in by the railway. I worked in that building for 17 years, never once realising that the funny little kink in the middle owed its existence to a colliery railway that was removed over a hundred years ago. The past does indeed cast long shadows into curious places in the present. 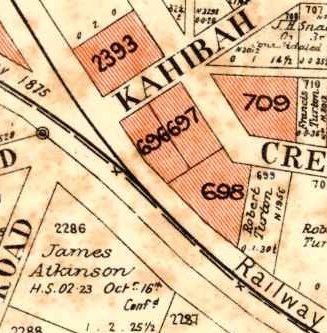 The article above was first published in the January 2016 edition of the Lambton Local.

The Question of Lloyd Road

In the article I mention that the 1906 map shows Lloyd Road as a dotted outline crossing Lambton Park, and ask whether this a road that once existed and was removed, or a road that was planned but never built? 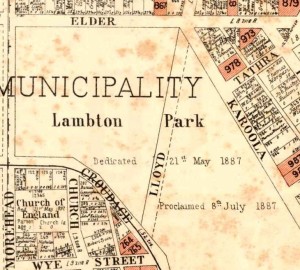 Although there is no conclusive evidence, my own view is that the section of Lloyd Rd across Lambton Park was never built. My reasons are …

To District Surveyor Allworth, respecting Reserve, pointing out that the surveyors were at work, and that the council had been informed that instructions had been given, to retain Lloyd-street as shown through the reserve on plan. The council held that this street was not required, and that it would spoil the appearance of the Reserve by cutting it into two portions and occupying a considerable amount of surface.

Although the wording is somewhat ambiguous, two things suggest to me that Lloyd Rd through the park was not a reality on the ground. Firstly the instruction to retain Lloyd Street as shown “on plan“. And secondly, the use of the future tense in saying that Lloyd St “would spoil the appearance”. 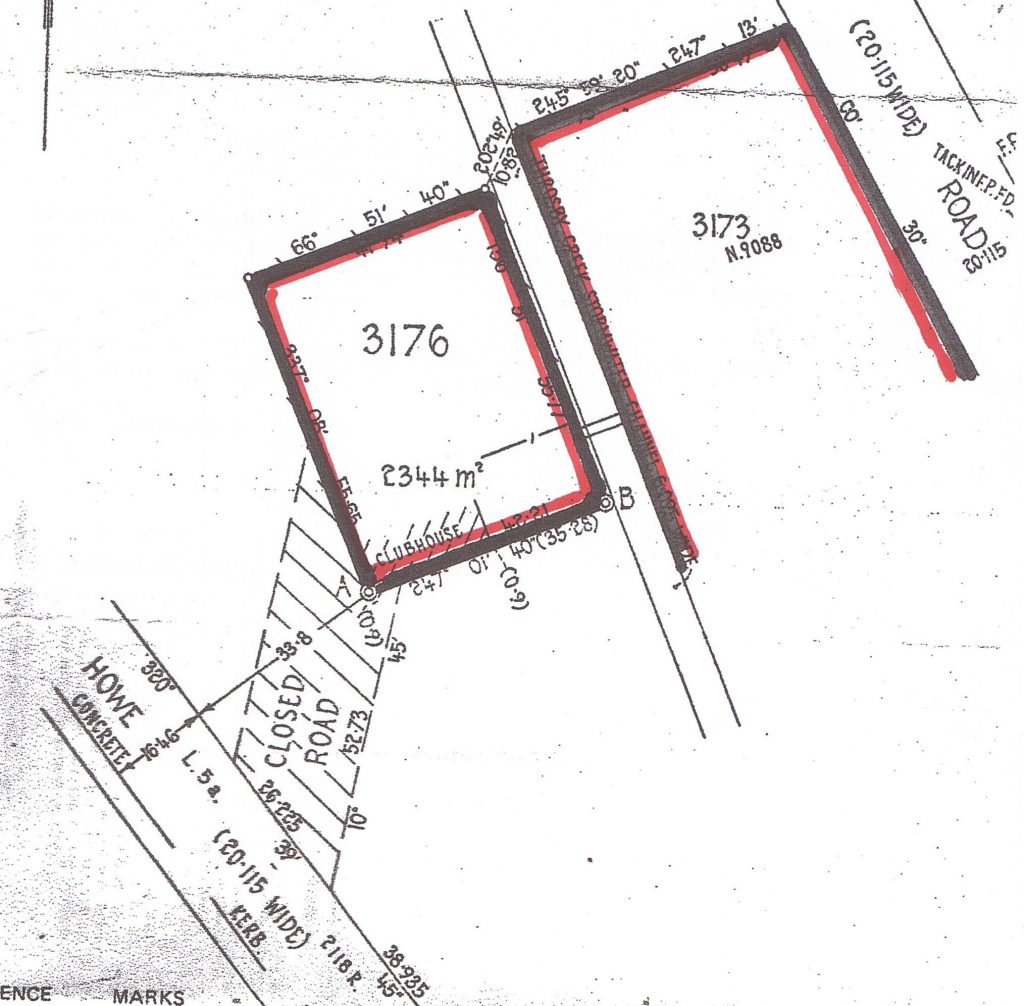