In 19th century Lambton, fire in one form or another was the principal means of heating, cooking, and providing light. But the flames that illuminated also had a dark side. On Saturday night 6th February 1875 in Miss Jackson’s millinery shop in Elder Street, the string that suspended the window lamp snapped, the lamp fell, and the shop contents ignited.

Although the blaze was spotted and extinguished before much damage was done, this near disaster was the catalyst for the formation of the Lambton Fire Brigade. A public meeting was held, a committee formed, subscriptions collected, and a hand pumped fire engine purchased from Sydney for £40. The engine arrived in August 1875 and was housed in a shed paid for and erected by John Stoker at the rear of his hotel on the north east corner of Elder and Grainger streets. After some period of practice, the engine and crew were first put to the test fighting a fire at the Co-operative Colliery in Wallsend in January 1876.

With the addition of more equipment and new engines over the years, the location behind Stoker’s hotel became too small, and after application to Lambton Council for some of their land, a new two storey wooden fire station was constructed in De Vitre Street and officially opened in 1902. In March 1913 a violent wind storm totally destroyed this building, damaging much of the firefighting equipment inside.

In its place a new brick fire station was constructed and opened in 1914, which served the local community for over 100 years until the move to the new fire station site in Young Road in 2016. Today our reliance on fire for the basic necessities of life is diminished, but our reliance on local firefighting services in times of crisis is as great as when the Lambton Fire Brigade began 141 years ago. 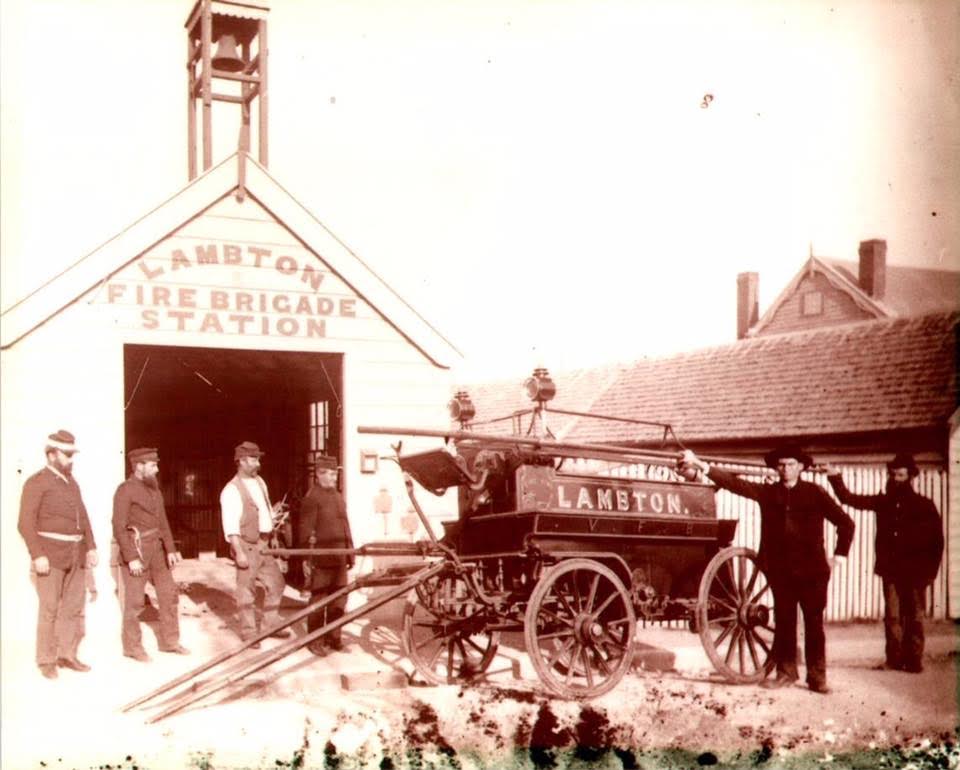 Lambton Fire Brigade Station in Grainger St, behind John Stoker’s Gold Miners’ Arms hotel, 1875-1902. The building with the two chimneys at the right of the photo is the rear of Stoker’s hotel. 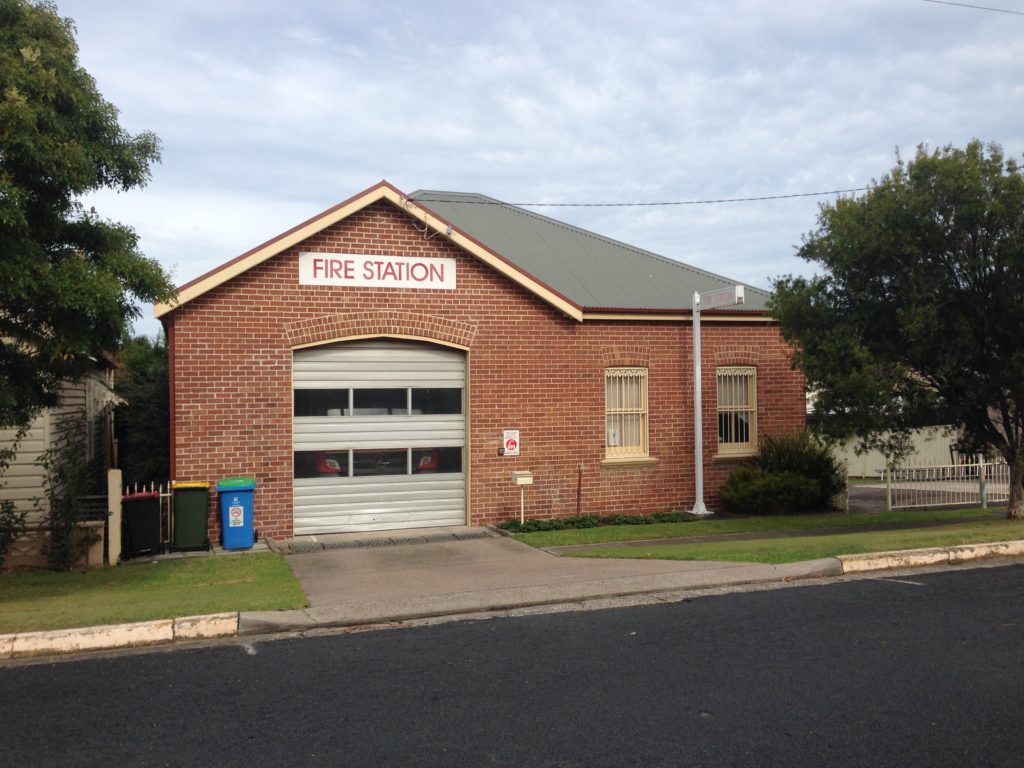 The article above was first published in the July 2016 edition of the Lambton Local.

The fire on 6th February 1875 that was the catalyst for the formation of the Lambton fire brigade took place in Miss J. Jackson’s millinery shop in Elder St. Below is an advertisement for this establishment in the Miners’ Advocate on 23 Dec 1874, just a few weeks before the fire. 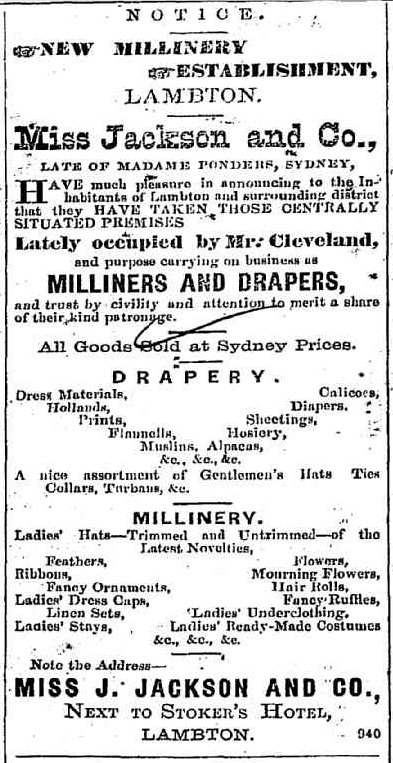 A Hunter Water Board map from the 1890s shows the location of Lambton’s first fire station in Grainger St, behind John Stoker’s hotel. 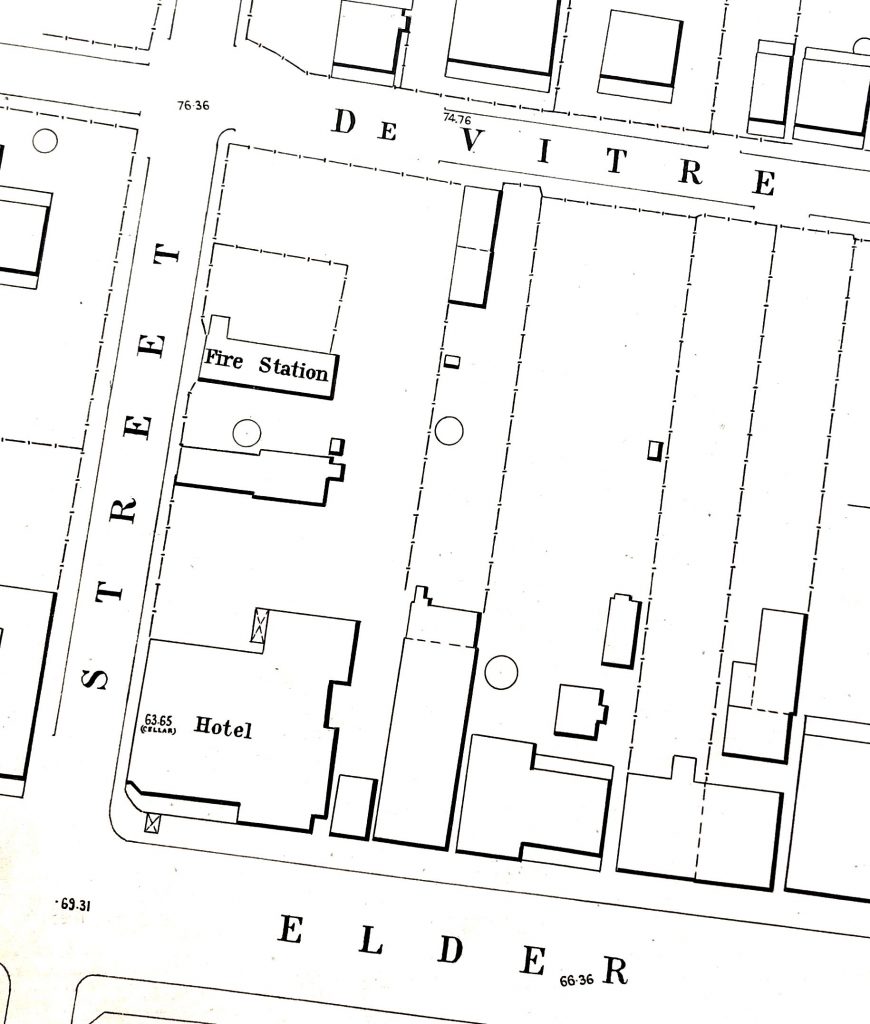 Amendments in the Liquor Act prevented the station being on licensed premises, and an application to the council resulted in the dedication of an allotment of land in De Vitre road.

This information is also repeated on page 130 of “The Story of Lambton”, but I have not yet found any contemporary evidence to support this assertion. The only reason I have found so far from the time of the move is from an 1898 council meeting where

Alderman Ward was in favour of transferring a portion of the allotment to the brigade, as he considered it would be then applied to a very good use and for the benefit, of the ratepayers. The land they occupied at present was too small, and not central enough.

The two story wooden fire station constructed in De Vitre St in 1902 can be seen in a couple of photos, for example this photo in the Newcastle Council Hunter Photobank … 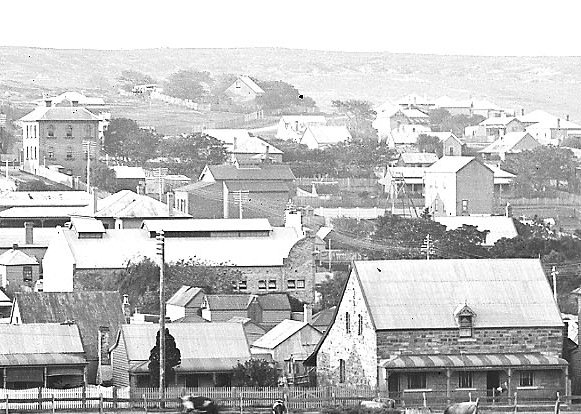 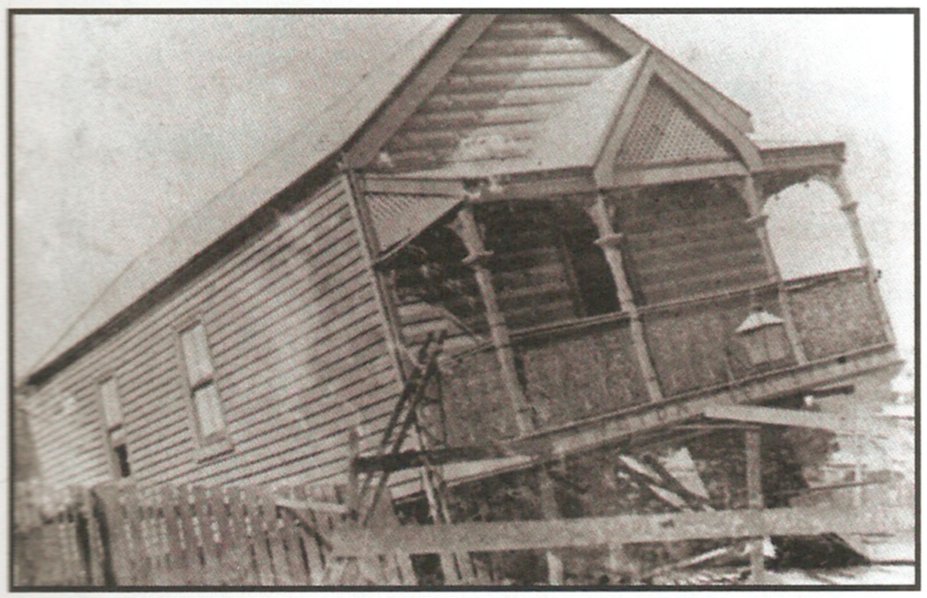