The growth of our city means that former collieries are eventually obliterated by urban development, and it becomes difficult to find any trace of their former existence. Sometimes however, evidence of the old mines can be found, quite literally, under our feet.

Last year I was walking over Lewis Oval in New Lambton at dusk, when I noticed a slight dip in the level of the ground. I wondered, could this possibly be due to subsidence related to the former Lambton colliery?

A September 1944 aerial photograph held by Newcastle Library shows that the mine was located at this site. The mine closed in 1936 and much of the surface infrastructure was removed by 1944. The large double storey building in the centre of the photograph housed the colliery’s machinery workshop on the lower floor, and a sawmilling plant on the upper floor. The building got a new lease of life in 1947 when Leonora Glass Industries began operations there.

The railway also continued to be used after the mine’s closure, as noted in a 1942 newspaper article,

“Coal was being hauled by motor-trucks from Cardiff for loading onto the coal waggons near the site of the old colliery screens.”

Carting of coal from the site ceased in 1963, the area was developed for housing, and Lewis Oval constructed over the filled in railway cutting. Sixty years on, a slight subsidence of the railway in-fill causes water to collect in the depression. In the right conditions, the grass grows slightly greener, and in some of the modern Google Earth photos, the position of the old railway can still be discerned in a green horizontal line just north of the cricket pitch.

So if you ever find yourself defending the boundary at Lewis Oval, and you notice the outfield seems a little bumpy, you might just be experiencing an enduring impression of our coal mining history. 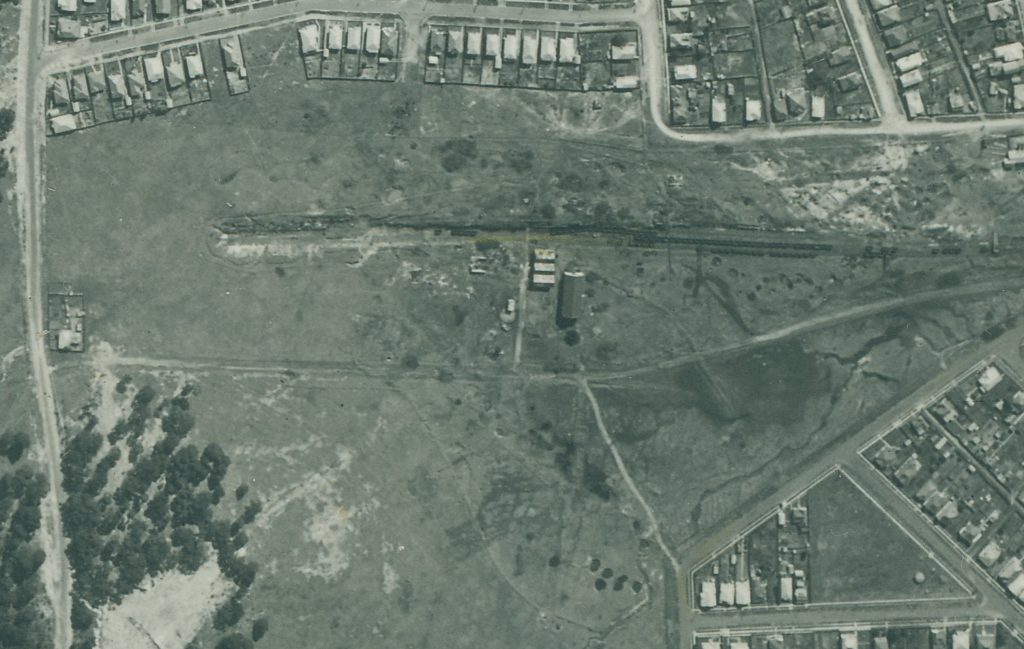 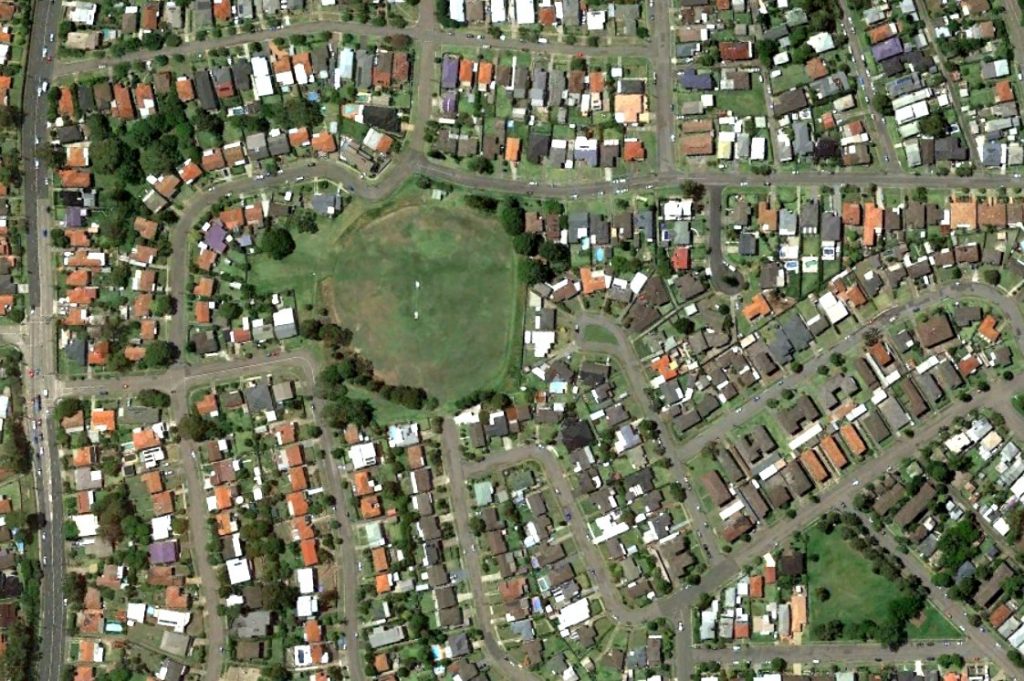 The Lambton colliery site in 2016. The path of the former rail line can be faintly seen running across Lewis Oval. Google Earth.

The article above was first published in the April 2017 edition of the Lambton & New Lambton Local. 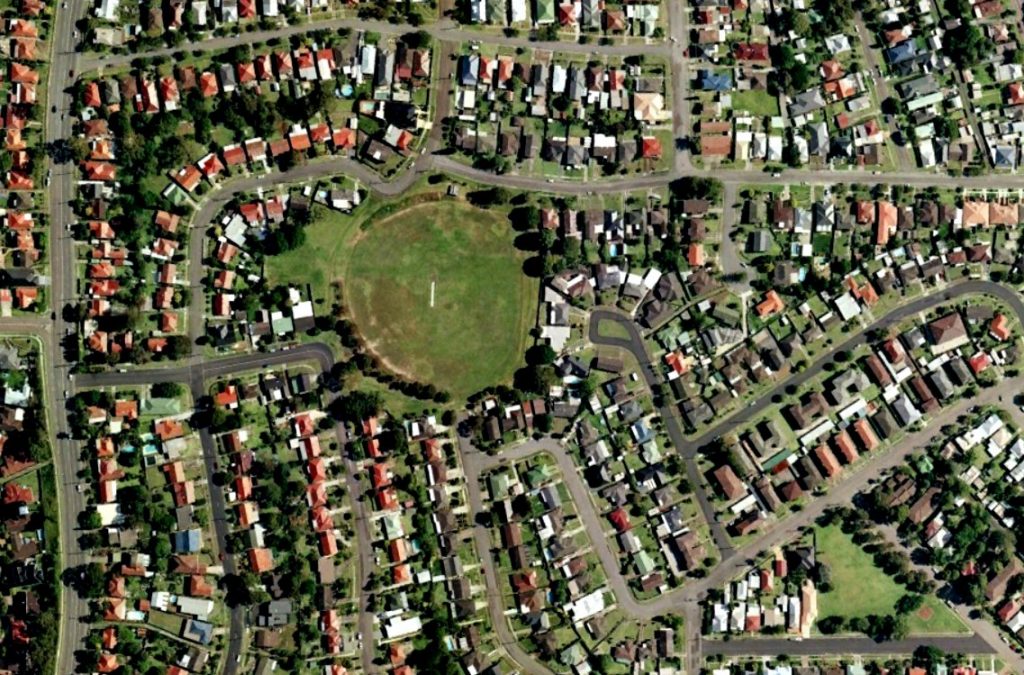 In this 2006 Google Earth photo, there is a quite distinct darker green line running across Lewis Oval. Google Earth.

Subsidence of Lewis Oval along the line of the former rail excavation revealed after torrential rain, February 2020.

The line of the former railway excavation is revealed again after heavy rain in February 2022.

Lambton Colliery. 1913-1920. The Story of Lambton. From the collection of Dorothy Jones.

The photo above can be dated by the chimney stacks in the distance. The stack of the brickworks at Waratah which was constructed in 1913 is visible, and we can also see the stack of the copper smelter at Broadmeadow, which was demolished by 1920.

Lambton colliery site, 1951. From the collection of Albert Bates

Lambton Colliery site 1959. The large double storey building where the Leonora Glass Works operated is now gone, destroyed by fire in 1957. The Story of Lambton, p. 19. Photo from Stuart Thompson 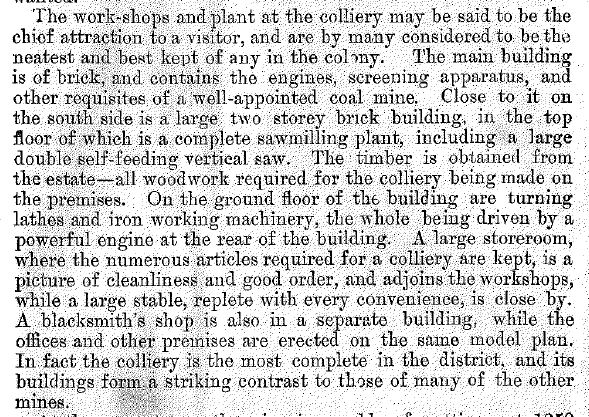 The Coal Mines Of Newcastle, p.15

You can download a PDF version of this book.

1 thought on “History under our feet”