In my last two articles, I have mentioned the short-lived Australasia Coal Company (1874-1879), and how their colliery railway was repurposed to build the storm water drain in Broadmeadow, and Bridges Rd in New Lambton. Lambton had an even greater connection with this company, through Doctor John James Hill.

Dr Hill was Lambton’s first resident doctor. He came to the district in 1868 and soon after constructed a residence and surgery in Elder St. At various times he was the appointed medical officer for Lambton, New Lambton and Waratah collieries, and he was an honorary surgeon at the Newcastle Hospital.

But it was not just medical matters that occupied the doctor’s time, he was also a real estate developer, and coal mining investor. In 1874 he was one of the instigators of the Australasian Coal Company, whose mining lease was in the Winding Creek area near Cardiff. He was a major shareholder and served as a founding director of the company.  He also privately purchased 40 acres of land adjacent to the mine, to develop as a township with 340 residential allotments.

This side investment brought Dr Hill into conflict with the other company directors, and as the colliery spiralled into bankruptcy, a bitter war of words was ranged against Dr Hill, culminating in a policy in October 1877 “that the Australasia Company will not employ any man who is residing at Hillsborough (Dr. Hill’s township.)”

Dr Hill was actively involved in many aspects of the local community. He served as an alderman on Lambton council for six years, and was three times elected Mayor. While still serving as Mayor in late 1882, after an illness that had confined him to his house for three weeks, Dr. Hill died on 19 December 1882 aged just 39.  His name is perpetuated in the suburb of Hillsborough. 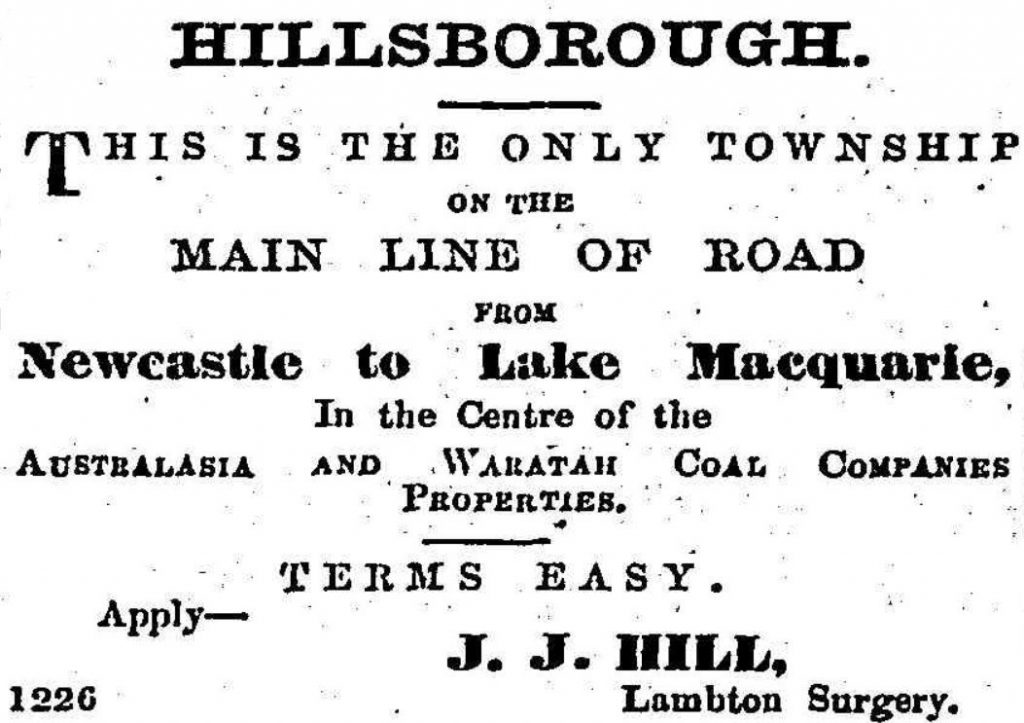 An advertisement in the Miners’ Advocate and Northumberland Recorder, 2nd October 1875, spruiking the benefits of Doctor Hill’s township.

An advertisement in The Newcastle Chronicle, 15th September 1874, showing that Doctor Hill’s surgery was used for mining matters as well as medical.

The article above was first published in the March 2017 edition of the Lambton & New Lambton Local. 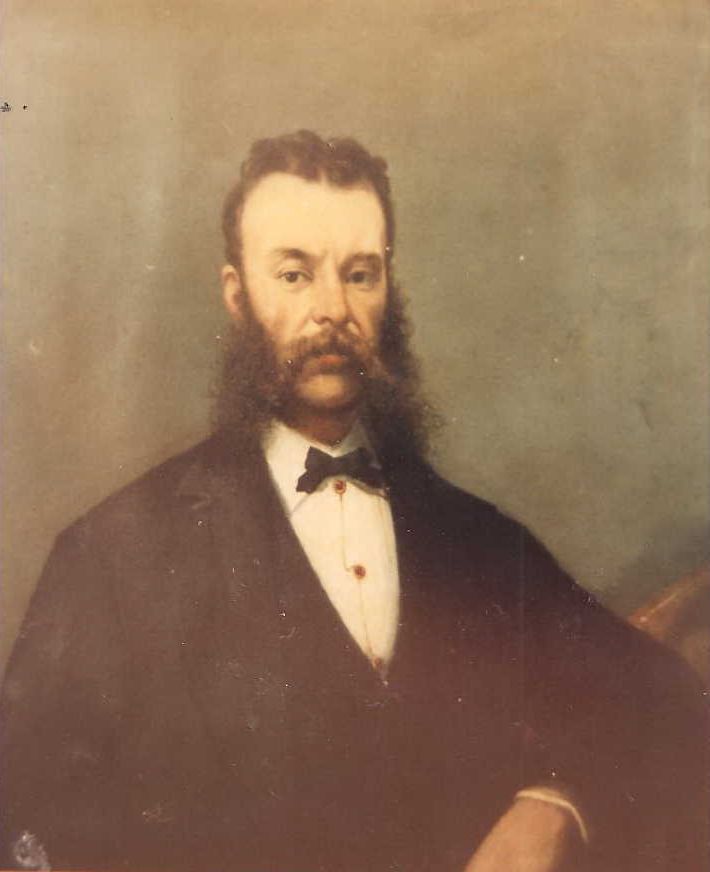 The map below from the Historical Land Records Viewer shows the suburb of Hillsborough in portion 44, labeled with the name of “J. J. Hill” and with an area of “40 ac. ex rd.” (40 acres excluding roads.) 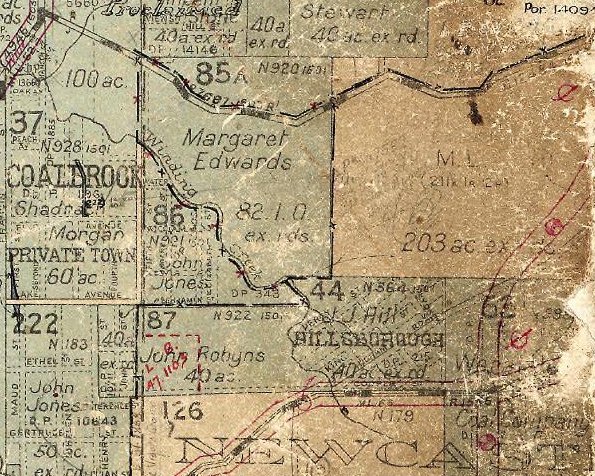 The suburb of Hillsborough marked on old map. 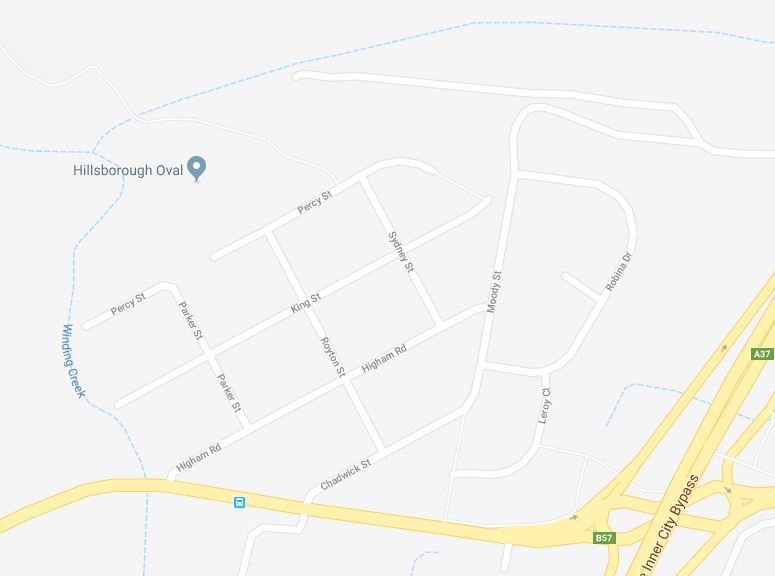 Catherine Bradley, a great grand daughter of J.J. Hill provided me with information about various street names in Hillsborough:

The naming of Hill Street

In the originally published article I stated that Dr Hill’s name was possibly perpetuated in the name of Hill Street in North Lambton. With subsequent research I now believe that the present day Hill St wasn’t named after Dr Hill – but there was another Hill St in North Lambton that was named after him in 1873, for it was in a subdivision of land owned by Dr Hill. I have written a separate blog article on this other Hill St.

Regarding the present day Hill St, the earliest written source I have found for its naming is page 17 of the Lambton Public School centenary booklet in 1965. This is 92 years after the first mention of Hill Street (in 1872) that I have found in Trove. Dr Hill only arrived in Lambton in 1868, so it would be highly unusual that he would have a street named in his honour after just four years in the community.

An explanation (probably wrong) of the naming of Hill St, from page 17 of the Lambton Public School centenary booklet in 1965.