In 1863, with no church buildings to meet in, the celebration of the first Christmas in Lambton was a private affair. The only public festivities were of a strictly commercial nature when 120 employees of the Lambton colliery gathered for a dinner on Boxing Day to inaugurate the opening of the mine.

The Scottish Australian Mining Company however was not unmindful of the spiritual needs of the miners and their families, and in the ensuing years supported the establishment of churches with land grants for the erection of church buildings. By 1870 the Church of England, Presbyterians, Primitive Methodists, Welsh Baptists, English Baptists, and Welsh Independents had buildings in Lambton.

The Roman Catholics however, had to travel in to Newcastle to attend church, where the service was held at 11am to allow time to travel in from the suburbs. In 1871 the Catholics erected a small wooden building in De Vitre St, to be used as a school during the week, and as a church on Sundays. The church was solemnly blessed and opened on 19th November 1871.

Two years later the Catholic parish of Lambton was established, stretching from Mayfield to Teralba, and Father James Ryan, a newly ordained Irish priest appointed to the parish. Father Ryan’s labours were soon rewarded, for by 1876 the wooden church in De Vitre St had to be enlarged. With continued growth and an eye to the future, land was acquired in Dickson St in 1892/1893 for a new building, and in 1921 the current brick church of St John the Evangelist was constructed.

In New Lambton, St Therese’s began with a building in Royal St in 1926, used for both school and church. New Lambton became a separate parish in 1954, but fifty years later merged back with Lambton and Waratah to form Holy Trinity Parish, Blackbutt North, an ongoing community where Christmas is publicly celebrated as much more than just commerce. 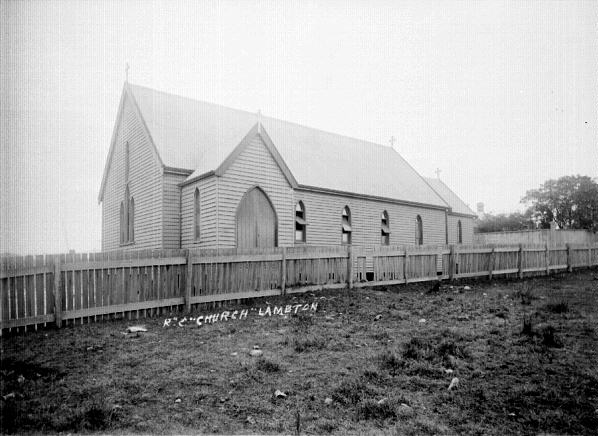 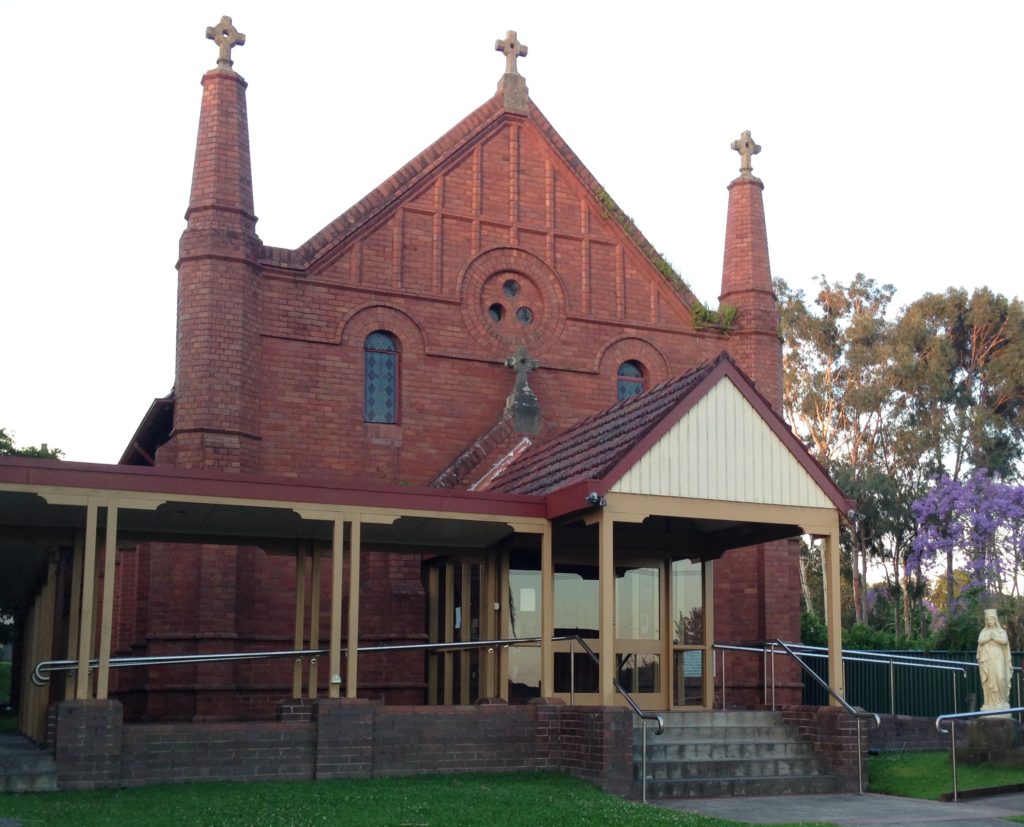 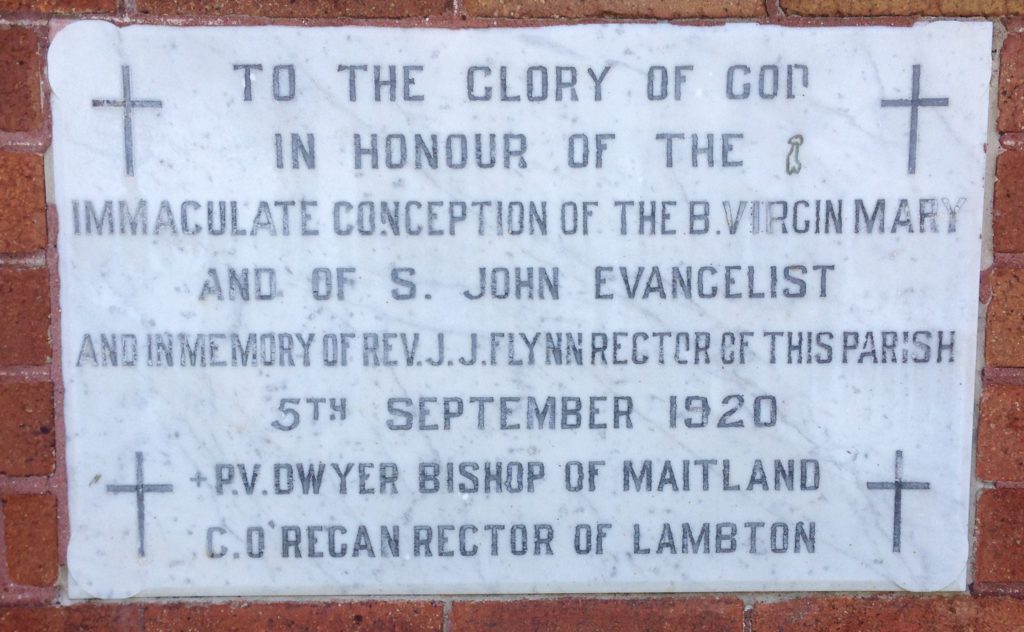 The article above was first published in the December 2016 edition of the Lambton & New Lambton Local.

In the article I say that the building erected in 1871 was to be used as a church and school, however at the opening of the first wooden church in 1871 it was reported

“Mr. T. Croudace, having given the allotment on which the church is built on the express condition of it not being used as a school.”

The building was first used for school purposes in May 1872, when a school with 56 children was commenced.

Some of the material for this article was sourced from “Song of the People, A brief history of the Catholic Parish of St John’s Lambton”, by Darrell Bailey, published in 2003 to mark the 130th anniversary of the parish. The Newcastle Family Historical Society library in the Mechanics’ Institute building has a copy of this publication.

There are a couple of errors on page 7 of this publication that need correction.