For quite some time as I researched Lambton history, I’ve come across references to “Tharwa Road”, which no longer exists in Lambton. I wondered whether it was a mis-spelling or variant of “Tathra Road”. Recently while perusing old maps I discovered that a 1906 real estate poster map shows that “Tharwa Road” used to be the section of Wallarah Road north of Womboin Road. 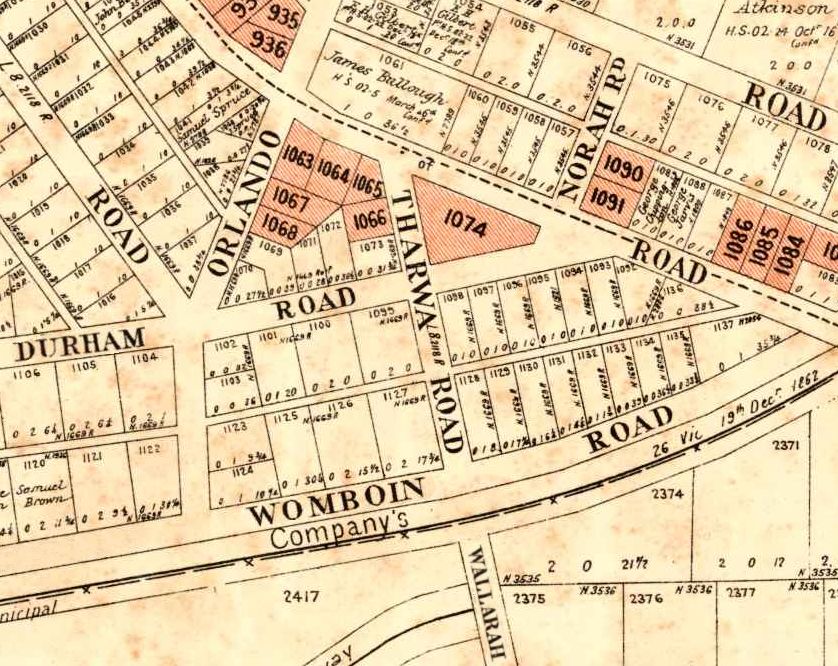 As early as 1926, residents of East Lambton were agitating to have the roads connected to make a thoroughfare to New Lambton. The joining of the roads appears to have happened around 1941, with The Newcastle Sun reporting on 11 Feb 1941 …

It was decided to ask the Newcastle Council to attend to … the renumbering of Wallarah Road, which has now been extended to include Tharwa Road.