A relative of mine lives in Railway Street, Merewether, and that got me digging in to the origin of the name. 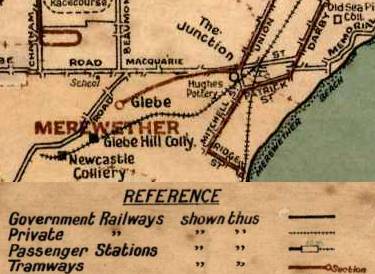 So why is it called Railway St when it was a tramway running along the street? Some further digging revealed that the tramway to Glebe was opened on 19th April 1894. Originally called the Merewether line, it was later renamed to the Glebe line to avoid confusion when the Merewether Beach tram line was opened in October 1903. The name “Railway street” pre-dates the tram line, with the name being used as early as 1886. So what is the railway that it refers to?

A. P. Pulver in 1976 compiled a plan showing early coal company railways, which shows that in this area there were two rail lines going to the Glebe Pit – the solid line following the path of Railway Street, and the dashed line further to the south. 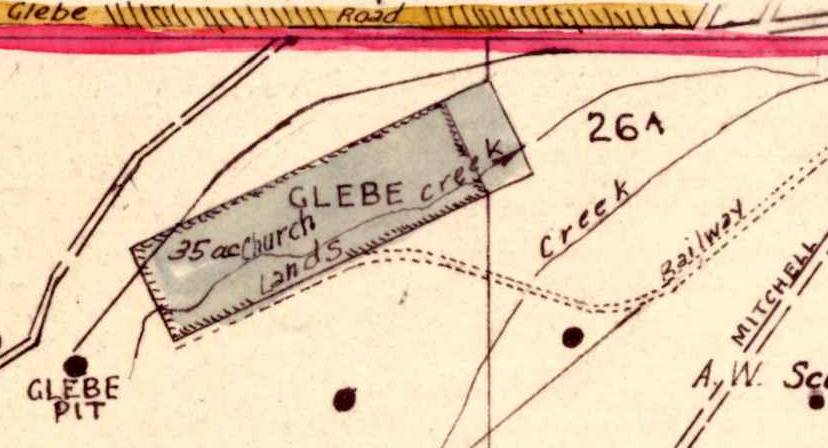 Both these rail routes are still visible in a 1954 aerial photograph. 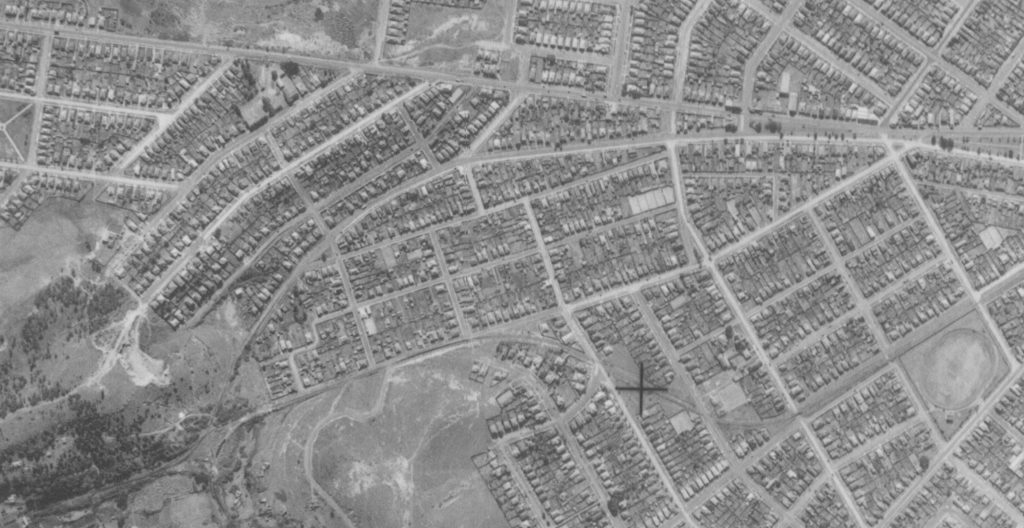 These rail lines went to a number of collieries, including the Glebe Pit pictured below. 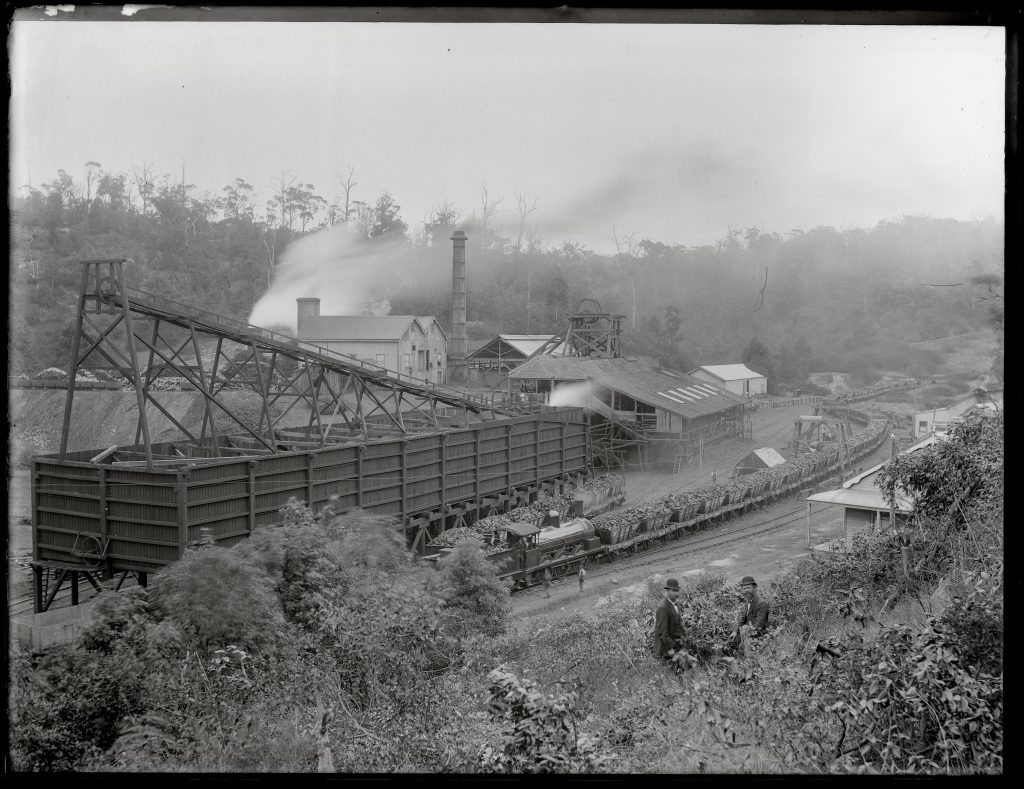 So why were there two rail lines going to the same location? Two newspaper reports from 1881 throw some light on the matter. From 3 Aug 1881 …

“The railway from Newcastle to the Glebe pit is now nearly completed with the big rails which the company are having laid down in order that the Government engine can haul from the pit, instead of the company’s engine taking the coal from the pit to the siding in town.”

“We have had the pleasure of witnessing the Government locomotive coming direct from Newcastle to the Glebe pit to take away our coals. In connection with the past history of the coal trade in this locality much might be written, for in primitive times we remember when the black diamonds were conveyed to Newcastle by bullock teams. Then we so far advanced as to get a line of wooden rails laid down, along which the coal was taken in waggons drawn by horses. Then came the iron rails and “the puffer,” who for many years screamed and tugged in the performance of her duty as if the coal trade of the port was alone depending upon her efforts. Next came the splendid locomotive, the property of the N.C.M. Co.; and now fine steel rails, a good track, Government engine, break van, &c.”

The best sense I can make of this is that the original railway route with wooden rails and horse drawn wagons (and later upgraded to iron rails) was along the path of Railway Street. Then in 1881 a new railway with “fine steel rails” was constructed on a different route further to the south. With the original railway no longer needed its path became Railway Street, and was subsequently used also used for the tramway in 1894.