My next article for the Lambton and New Lambton Local (coming in May) is on the Lambton Courthouse, erected 1879, and demolished in 1937. In researching the article I discovered that in neighbouring Waratah, where they had missed out on a having the courthouse constructed, that court sessions were being held in the Council chambers.

I was aware of three different council chambers/town halls in Waratah, and wondered which one was used for court sittings. It was none of the ones I knew of, and the more I looked the more places I found where Waratah Council had met. Read all the details on my Waratah Municipal Council page.

In a nice coincidence, as I finished writing that page this evening, I realised that it is 146 years to the day since the first ordinary meeting of the Waratah Municipal Council on 21st April 1871. 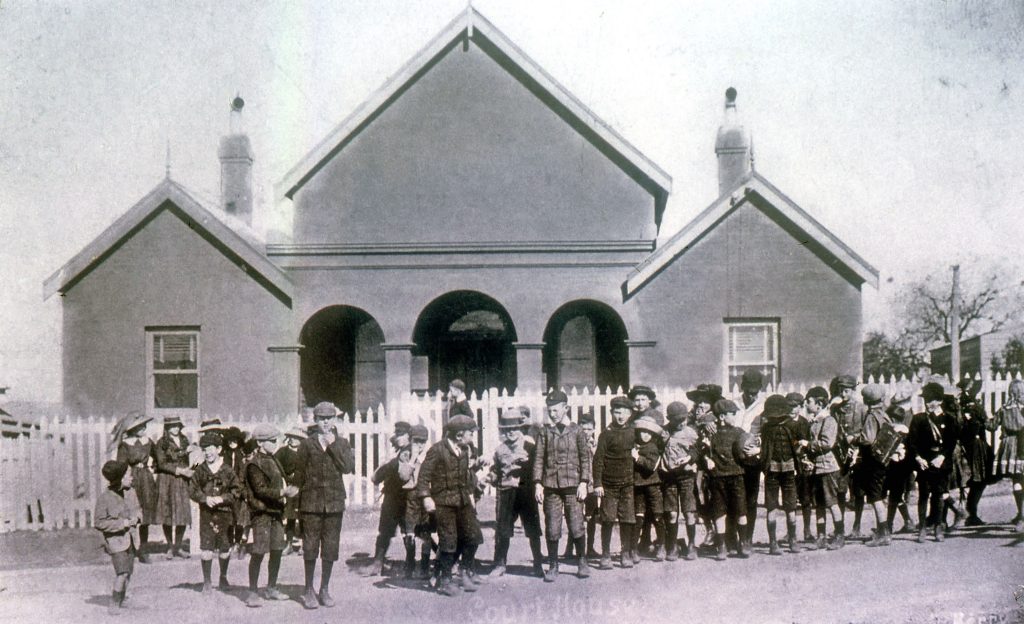