In a previous article I wrote about finding parch marks in Lewis Oval, and suggested that they were due to the railway cutting and tunnel of the former Lambton Colliery. I recently obtained a scan of a 1944 aerial photograph of Lambton from the Local Studies section of Newcastle Library. By overlaying the photograph in Google Earth I can see that my guess was spot on. 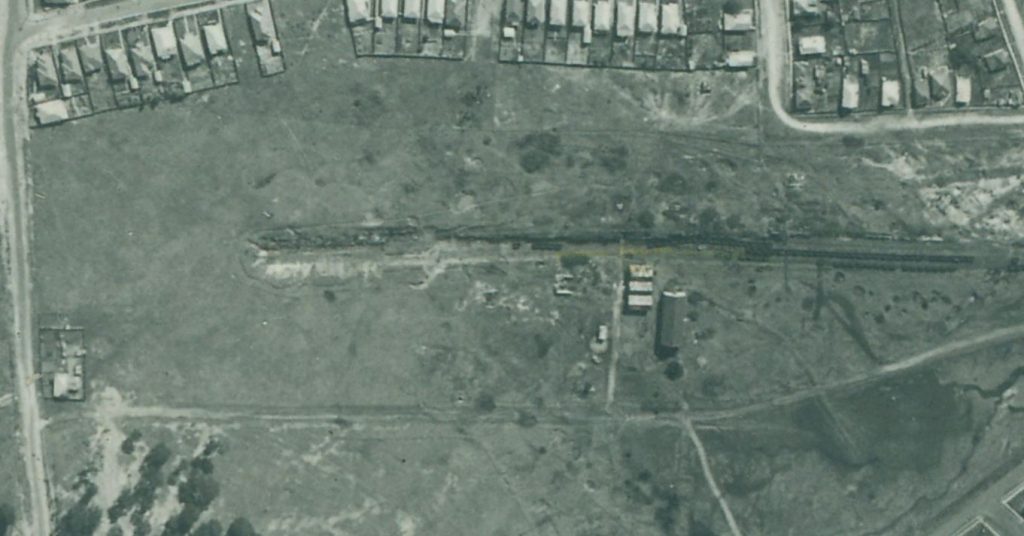 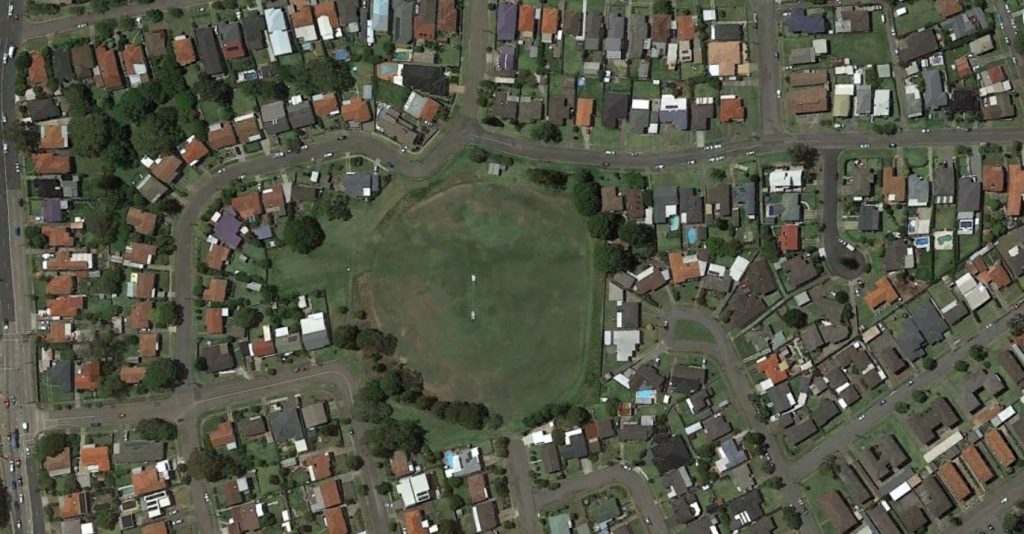 The site of the Lambton Colliery, 2016. Google Earth.