A couple of years ago I posted an article and some photos of a Douglas C47 transport aircraft that ended up in the storm water drain beside the Broadmeadow aerodrome during World War 2.

Last year I was examining an old black and white aerial photograph of the Broadmeadow area, and spotted something interesting … 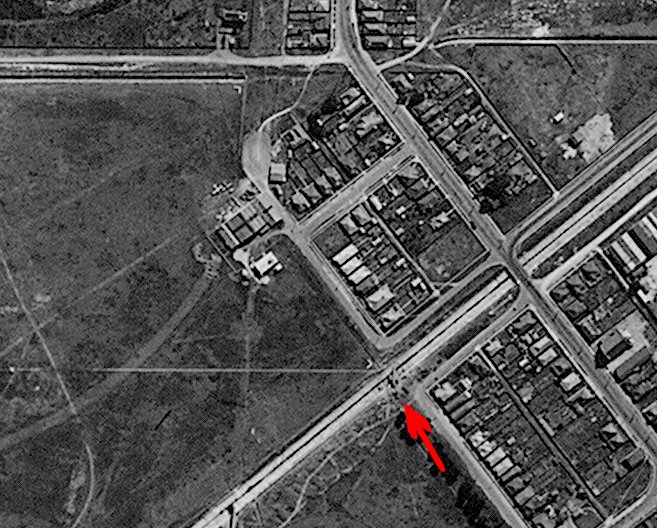 … could that be the crashed C47 in the drain? 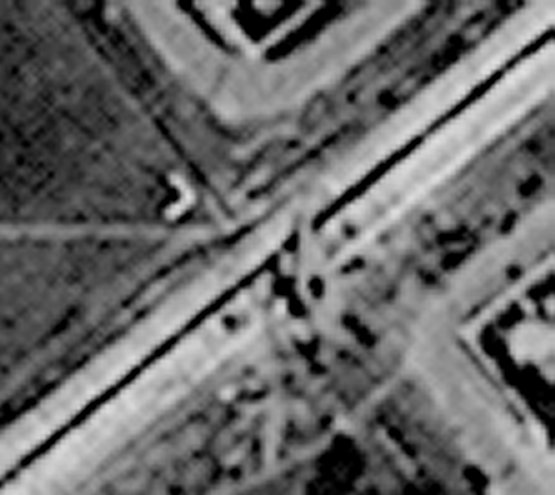 The aerial photograph has an information panel along the bottom, and in the  white shape next to “RUN 5” there is some very faint writing.

The writing is too faint to decipher with any certainty in this “RUN 5”  photograph, but in a similar photograph from “RUN 7” the date of the photograph is clearly 3rd September 1944. 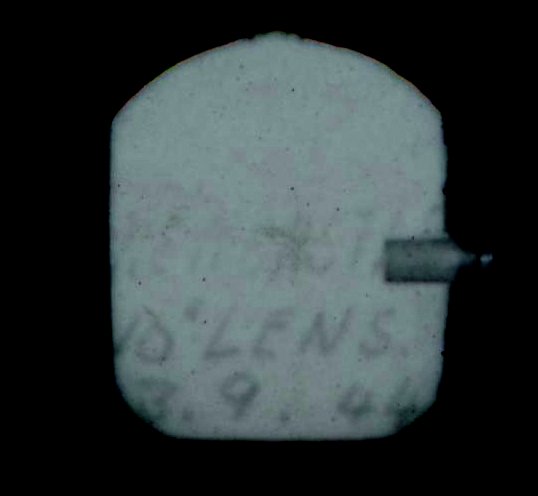 This is just three weeks after the 10th August 1944 crash of the aircraft, and confirms that it is indeed the C47 plane we can see in the aerial photograph. 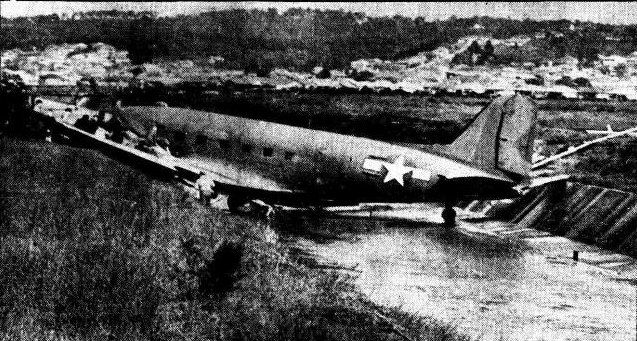 Photograph of the crashed Douglas C47 transport plane, from the Newcastle Morning Herald, 12/8/1944. New Lambton can be seen in the background.