About 25 cyclists and pedestrians met in Jesmond Park this morning for a photo to protest against the current plans to remove the cycleway when the Rankin Park to Jesmond bypass is built.

Some things I learned today…

Probably the most important thing I learned this morning is that the submissions made earlier this year were to the Roads and Maritime Services (RMS), which they evaluated and then produced the current environmental impact statement (EIS). Submissions to this current EIS will be evaluated by the Department of Planning and Environment (DPE). i.e. it is a different department evaluating the EIS responses.

So it is vital that submissions be made again, in greater number, with greater detail, and with greater urgency. 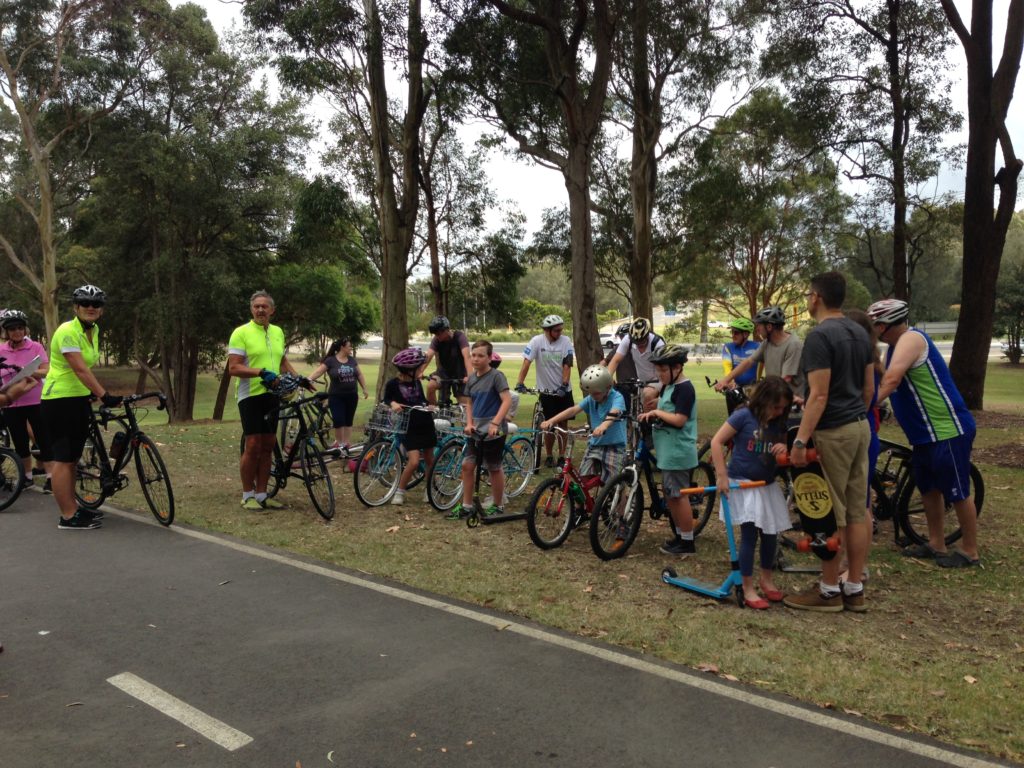