Four years ago my daughter and I got two pygmy bearded dragons as pets, when they were just 3 weeks old. They were slightly different sizes and we named the larger one “Mr Big” and the smaller one “Little Squirt”.

As they matured, “Little Squirt” ended up being larger than “Mr Big”, but we stuck with the names anyway. As for gender, at 3 weeks old it is nigh impossible to identify the sex of a bearded dragon, so the appellation “Mr” was just a guess. Over the last four years we’ve had a number of different people tell us differently what sex they were, but the consensus seemed to be that they were both males.

That’s what we’ve been thinking until today, when discovered 8 eggs in the enclosure of one of the lizards! “Mr Big” was really “Mrs Small” all this time. 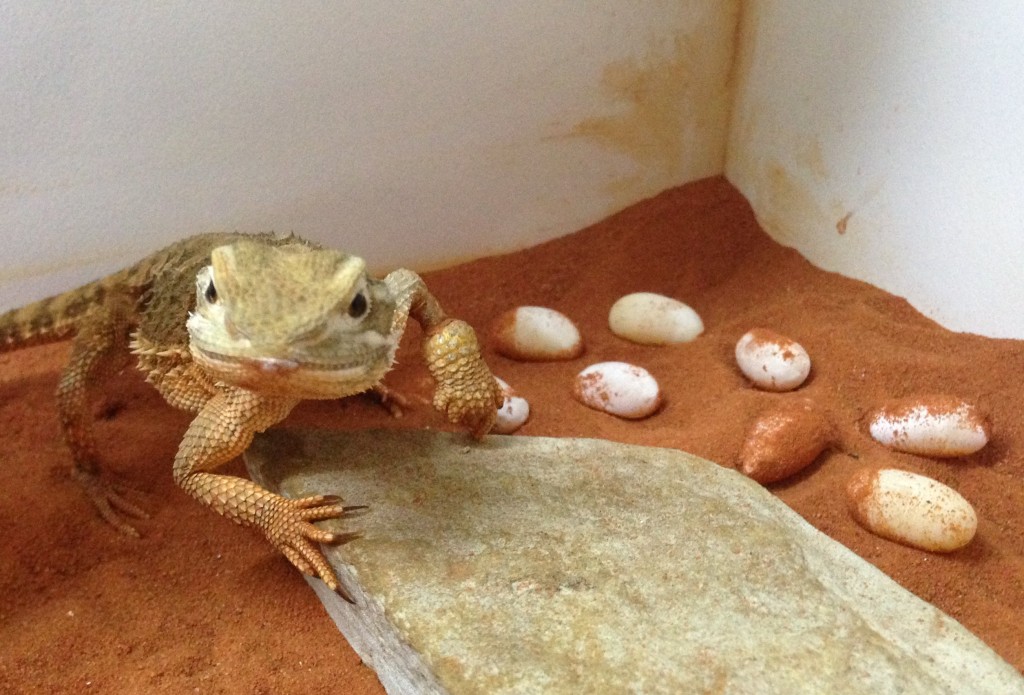