A couple of months ago in an e-mail conversation with Mark Maclean we noted that in Hamilton North and Broadmeadow there is a “Boreas St” (North) and an “Orient St” (East) and an “Australia Rd” (South).  I jestingly wondered about the missing compass point, and the whereabouts of “Occident Rd” (West). 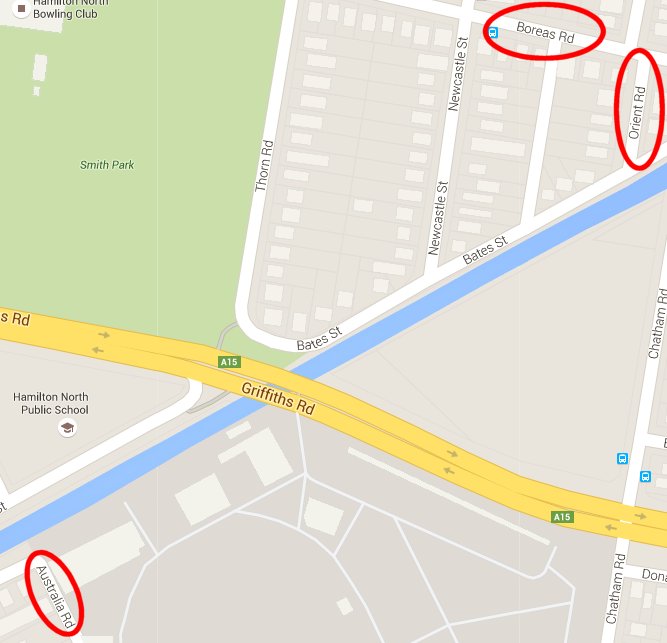 I actually did a search on Google Maps and found that the closest was an “Occident St” in Nulkaba, which interestingly has a companion “Boreas St” and “Austral St”, but is missing an “Orient St”.

Then a few days ago when I was putting together the web page for my January 2016 article for the Lambton Local, I accidentally and serendipitously discovered on a 1906 real estate map that there was an “Occident Rd”, in neighbouring Waratah West! 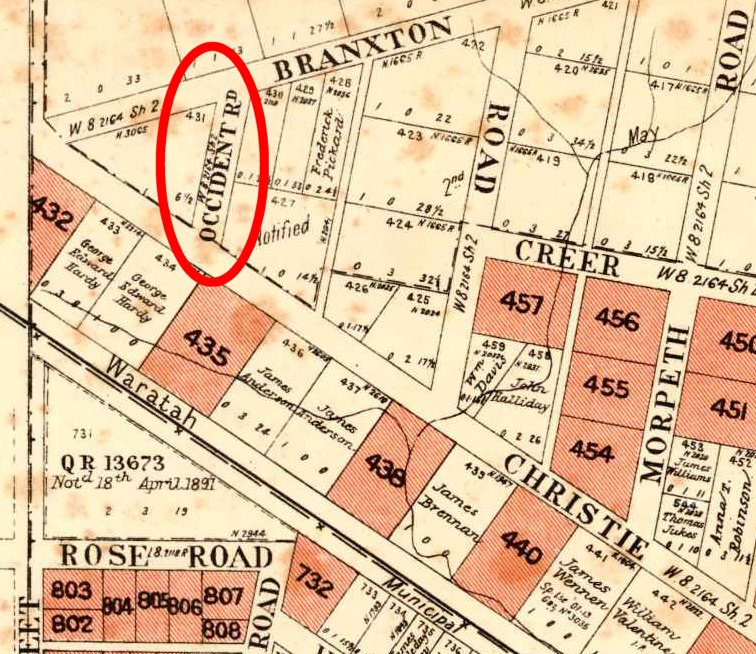 This road was closed in 1910, and Christo/Christie Rd shortened. 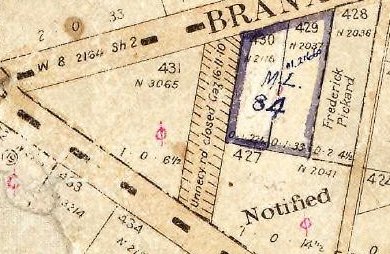 By overlaying the old map onto Google Earth you can get a sense of where Occident Rd used to be, in the area which is now part of the Acacia Avenue Reserve. 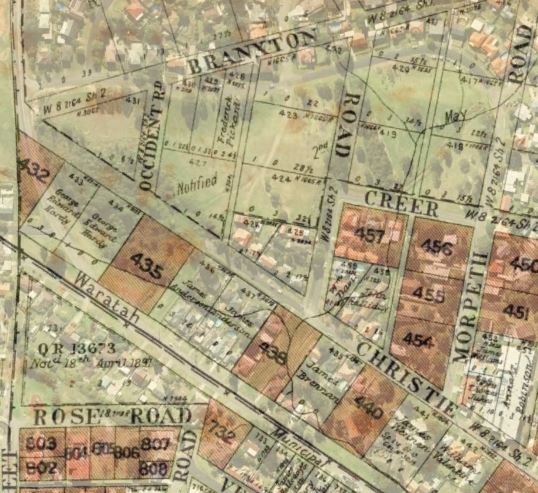 So is there any intentional connection between these streets? I have seen no direct evidence of this, but it is somewhat suggestive that when you look at a map of the Newcastle Pasturage Reserve (below) where the reserve boundary is marked in green, that Occident Rd is adjacent to the west boundary, Orient St is adjacent to the east boundary and Boreas St is on a north boundary of the reserve. Coincidence or not? Unfortunately Australia St is not near any boundary. 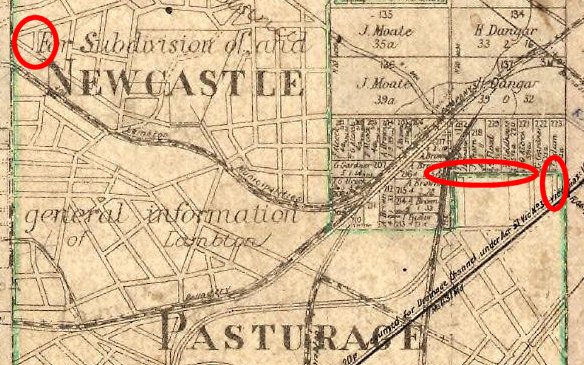