Each day I cycle to work I ride beside a fair section of the stormwater drain running through New Lambton, Broadmeadow and Hamilton North. There’s some strange things down the drain sometimes – earlier this year I saw someone’s shiny 4WD down in the drain beside New Lambton Park, obviously a result of forgetting to put the handbrake on. But that’s nothing compared to what the residents of Broadmeadow saw on 10th August 1944. 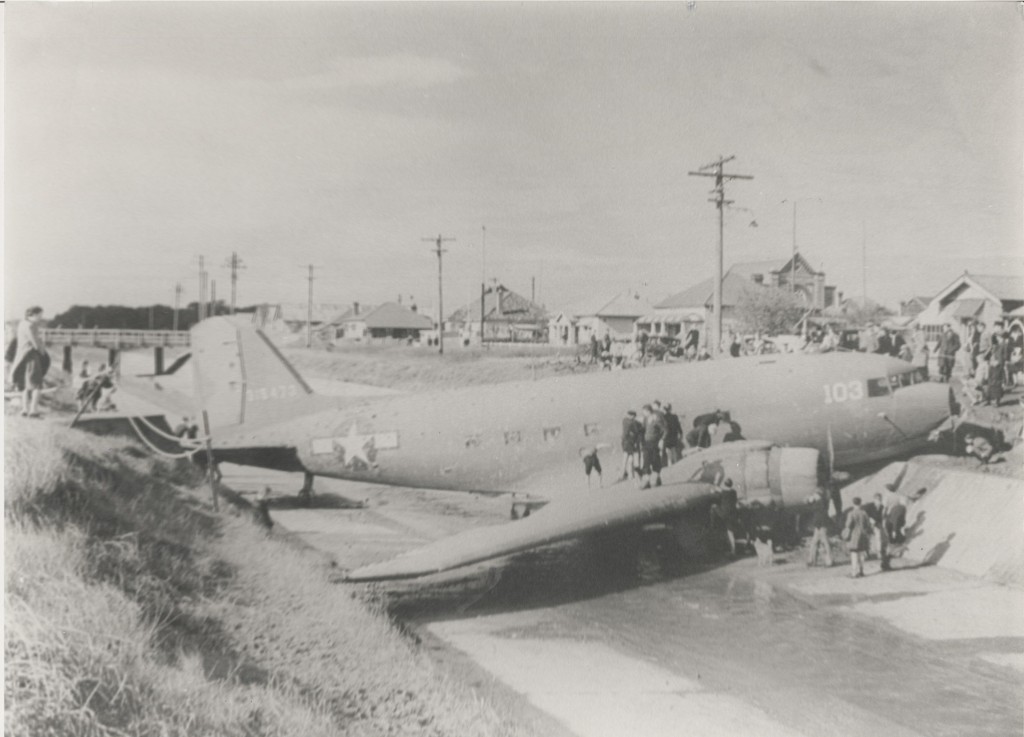 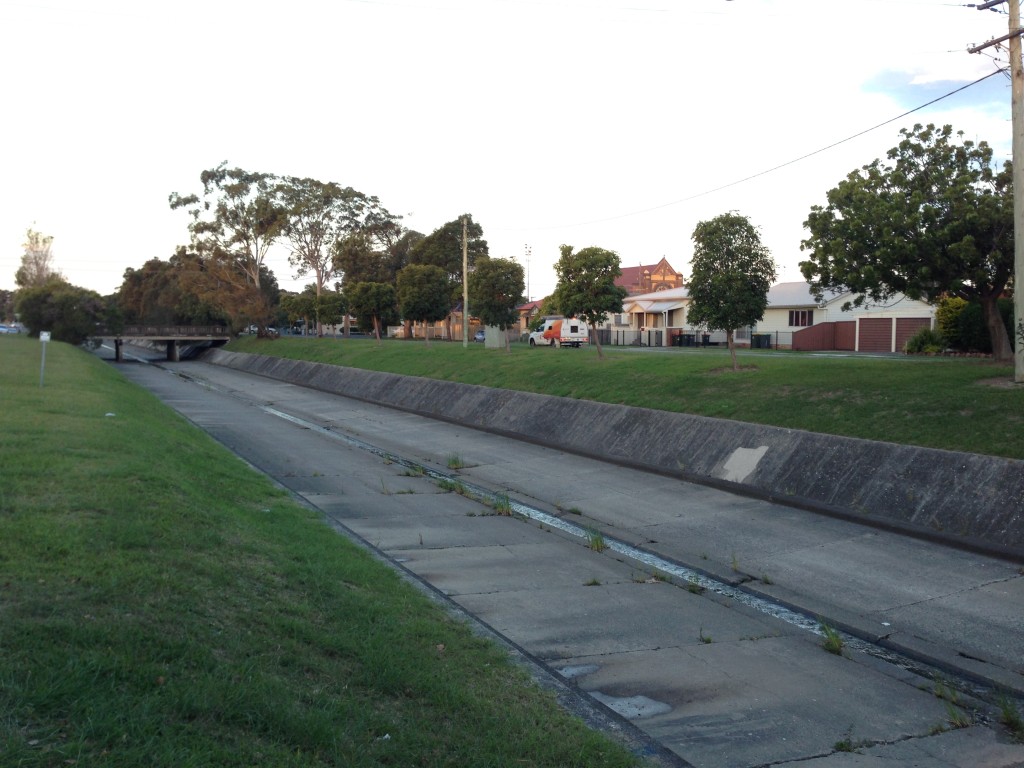 At first I wasn’t sure that this photo I took today was the same spot, as the bridge here only has 2 supports, where the bridge in the old photo has 3. A quick check of the plaque on the bridge however shows that the bridge was rebuilt in 1957. What confirms this as the location is that in both the old and modern photo you can clearly see the distinctive outline of St Laurence O’Toole church on Broadmeadow Rd. 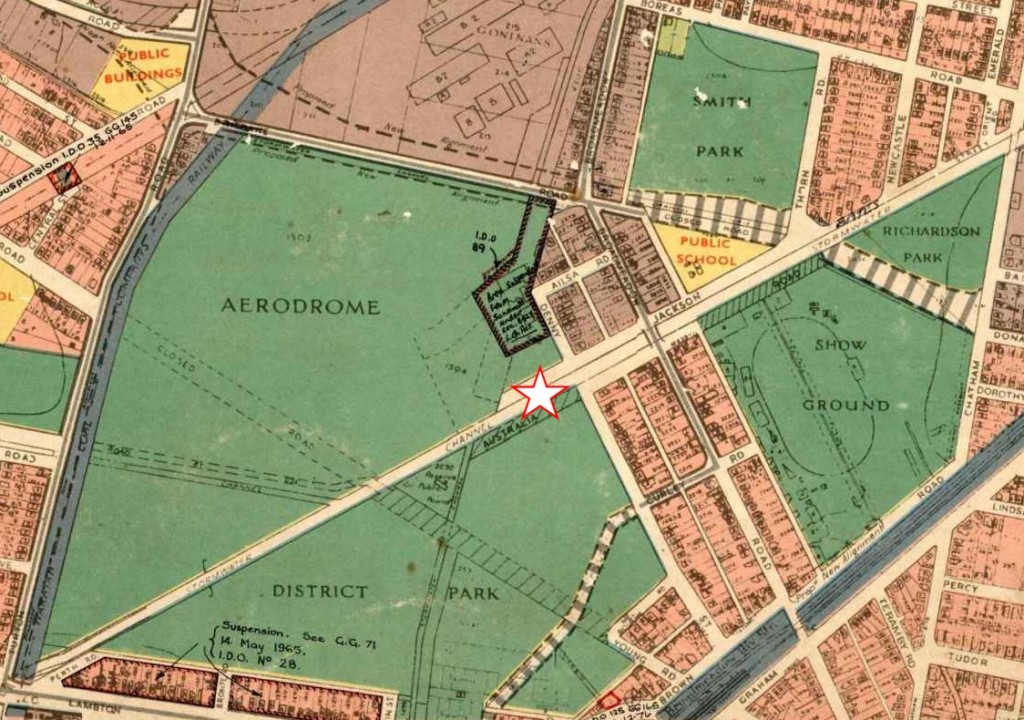 The star on this old map marks the approximate location of the plane crash.