At the end of last year I came across this Ralph Snowball photo of New Lambton in the Ralph Snowball collection in the University of Newcastle Cultural Collections. Because of the damage to the negative, it took me a while to realise that it was not one photo, but two exposures of the same scene. Recently, Robert Watson pointed out to me that the photo is actually a stereoscopic (3D) image.

So with the instructions from a helpful video on Youtube, and using $5 pair of 3.0 magnification reading glasses from a local discount shop plus a small bolt, I was able to make some viewing glasses, and see some of our local history in 3D. 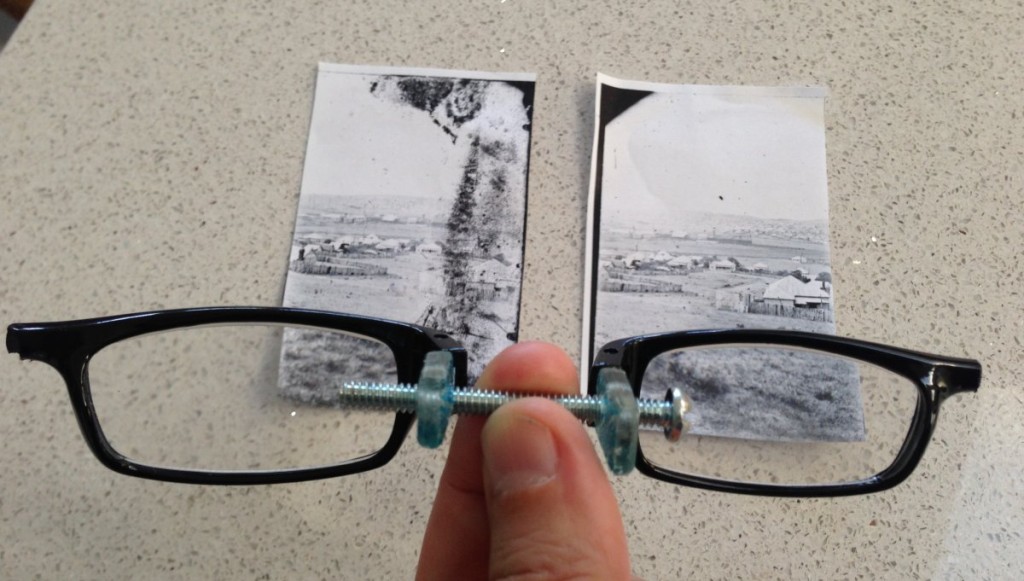 It took me a while to master the technique of getting the 3D effect. I found I got best results when I printed the photos out so that the left and right images were each 7cm wide. I discovered that that I had to cut the two exposures out and swap the images over (the left hand side of the original image was actually the right image, and vice versa). I found that I could achieve the 3D view best if I placed the images on a well lit horizontal surface with a gap of a few centimetres between the images, and then with the glasses close to my nose, use my left eye to focus on the left hand image, and then slowly move the right image in towards the left image until I got the two images to superimpose.

As well as the photo above that got me started on the 3D viewing exercise, I have subsequently found five other stereoscopic images in the Ralph Snowball collection. 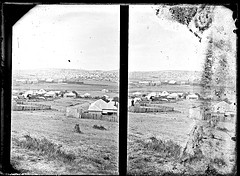 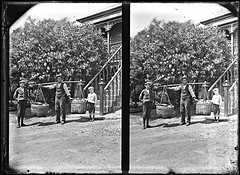 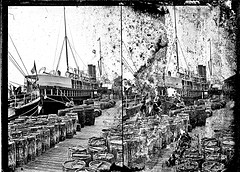 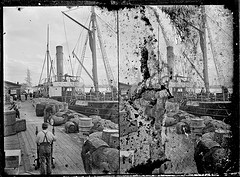 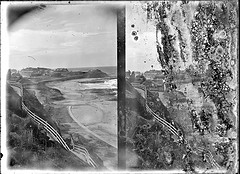