A reflection on Then and Now

As a recently arrived resident of Lambton (coming all the way from North Lambton), I was aware that Lambton had its beginnings as a mining township. But where was the colliery? What remained of it?

When a strangler fig envelopes and outlives the tree that originally supported and strengthened it, the original tree decays away into nothingness, and the once strong tree is then only defined by what is not there, by the tree shaped void in the heart of the fig. Lambton colliery is like that. Opened in 1863, it closed 74 years later in 1936 and slowly faded away – buildings demolished, equipment removed, pits filled in, new streets laid out, housing erected, rail lines ripped up, and rail bridges torn down – the last disappearing act in 1966. Lambton colliery is discernible now only in shadowy remnants – the open space of Lewis oval where the colliery once stood, the slight dip in Hobart Rd where the old tramway passed under the colliery railway, the funny little jink in Howe St where the road veered to pass through the narrow gap of the railway bridge.

The only physical evidence of the colliery I could find was this culvert, at the western end of New Lambton Park, over which the colliery railway once ran. 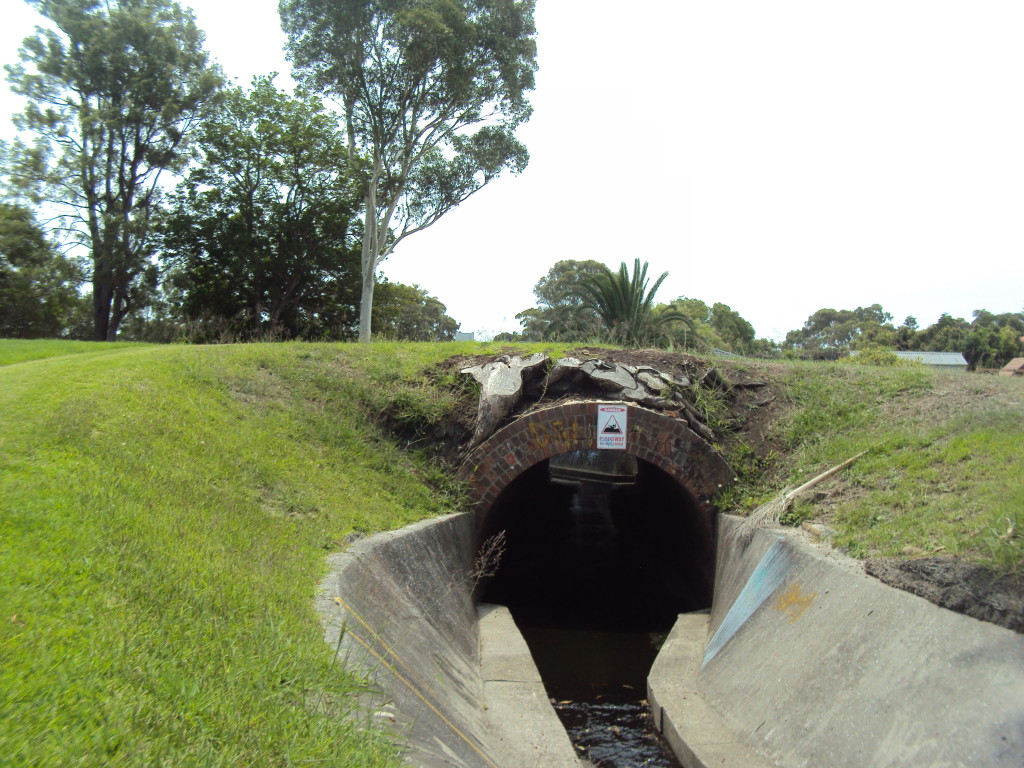 Culvert over which the Lambton colliery railway formerly ran.

With so little of Lambton’s colliery origin still visible, I began to think about what has changed and what has stayed the same in Lambton over the last 150 years. So with a two week break over Christmas from my usual employment, I set myself the challenge of every day visiting the location of an historical photograph, and as far as possible, replicating the original image. To exercise my body as well as brain, I added the constraint that the location had to be reached from my home by walking or riding a bike. The result was this series of 16 “Then and Now” photographic comparisons.

Some of the comparisons were striking in what has stayed the same – the rotunda in the park, the Council Chambers/branch library, Lambton Lodge (the home of Thomas Croudace the colliery manager), while other comparisons highlighted vast change – most notably a cricket pitch now laid out where men and boys once entered the earth to labour in the underground coal seams.

Although the colliery is now gone, the Lambton community that grew around it has survived and matured, a lasting legacy of coal mining origins.

Two final thoughts, as I think about the changes in Lambton over the last century and a half:

1 thought on “My holiday historical adventure”