When it comes to mapping our cities, Google Maps and Apple Maps are streets apart. No map is ever perfect, and the difference between Google and Apple is starkly emphasised when it comes to correcting errors. Here’s what happens … 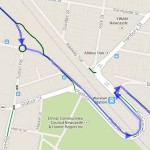 I notice that in getting directions for cycling from North Lambton to Wickham that the suggested route doesn’t take into account recently constructed cycle paths around Waratah Station. 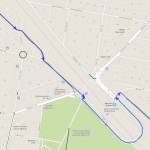 Now three months is fairly glacial in the digital age, but nevertheless, it was a very straightforward matter of problem observed, problem reported, problem corrected. 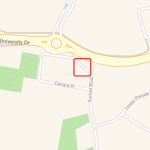 Now here’s what happens with Apple Maps when you report a problem, like this non-existent section of street in North Lambton …

Mark Maclean charitably suggests that Apple is engaging in a new cartographic discipline called ‘speculative topography’ – I have many other suggested names for Apple’s mapping endeavours, none of them as charitable as Mark’s.

2 thoughts on “A Tale of Two City Maps”