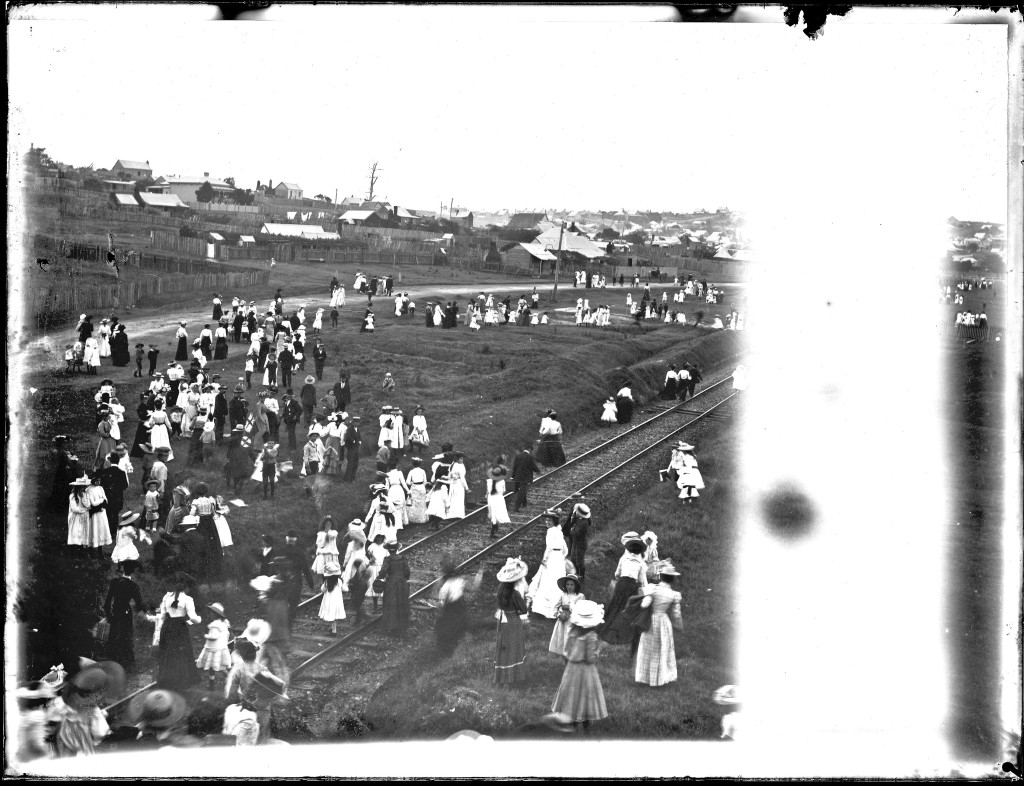 In the centre of the photo adjacent to the road is an electric light pole. Just to the left of the pole in the distance can be seen St John’s Church of England in Morehead St. This is the old wooden church, so this photo pre-dates 1907 when the wooden church was replaced with a brick one.

The tramline at the bottom of the photo is the Newcastle to Plattsburg tramline, which these days is Hobart Rd New Lambton. The road at the top is Howe St. On the far horizon, going up the hill, can be seen Dent St North Lambton.

[Update October 2020: When I originally posted this back in 2014 I made a guess that the occasion was the inauguration of the electric light system in 1890.  Thanks to the keen observation of Robert Watson that the overwhelming majority of the adults are women (74%) and that one of the children is waving a NSW state flag, led me to suspect that this event is a school function occurring on a weekday when many men would be at work. It is highly likely that this photograph is from 25 February 1903 and shows parents, teachers and children returning from a school picnic day at Toronto. A specially hired train picked up the picnickers on the Lambton Colliery railway at 9am and returned them to the same spot later that afternoon.] 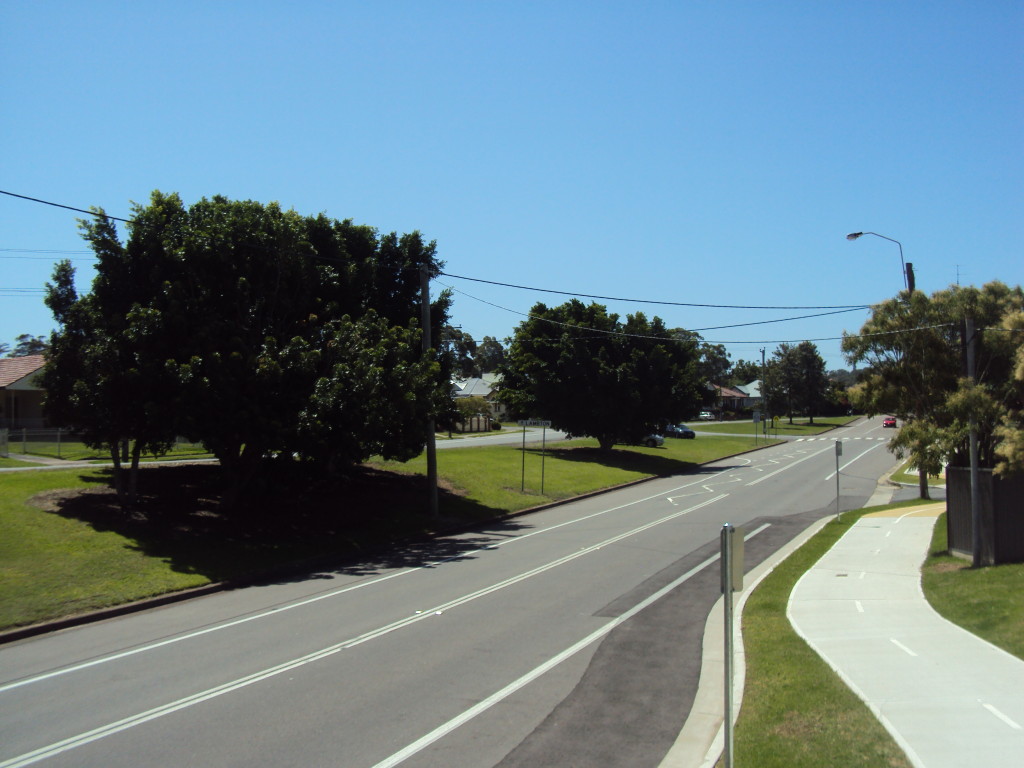